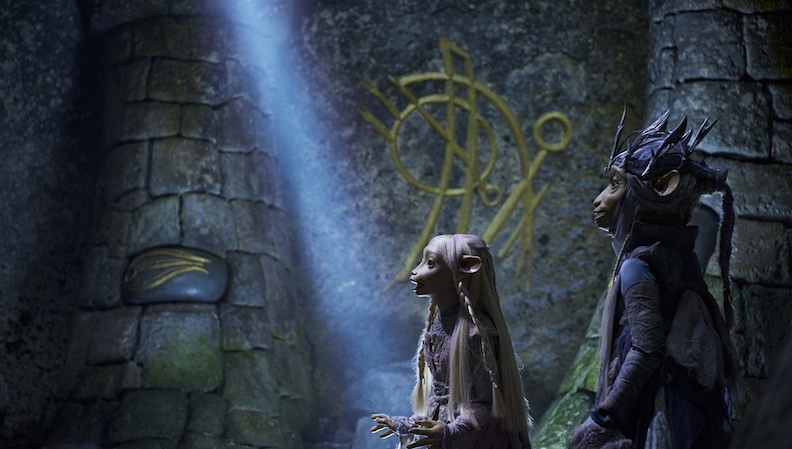 The sets of “The Dark Crystal: Age of Resistance” are handcrafted and meticulously built. Green screens are used to eliminate the puppeteers from the backgrounds. Character Photos: Kevin Baker, Courtesy of Netflix

In Europe, there is a longstanding tradition of political puppetry. Here in the United States, our puppets appear to be apolitical — that’s because they’re subtly razzing the status quo. On August 30, “The Dark Crystal: Age of Resistance” will make its Netflix streaming debut. Its producers and network executives are positioning it as fantasy family fare. However, its title (Age of Resistance) and fictional locations (Sanctuary Tree) suggest a rather overt blending of politics and puppetry. It will be fascinating to see if an anti-Trump bias trumps the overall entertainment value. 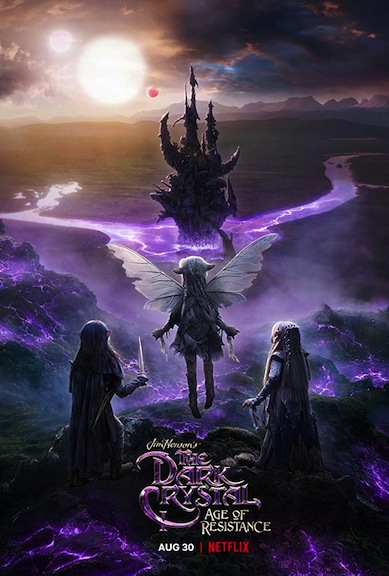 “The Dark Crystal: Age of Resistance” is a prequel to the cult film “The Dark Crystal.” Back in 1982, this Jim Henson movie featured handcrafted puppets and animatronics designed by illustrator Brian Froud and his wife/partner, Wendy. Directed by Frank Oz (the voice of Miss Piggy), “The Dark Crystal” was darker than what any Muppets movie might have been. Steering clear of Kermit, Fozzie, and Pigs in Space, Henson and Oz crafted an alien world where lives hung in the balance. There were clashes between good and evil, dark forces and light forces. Characters traveled a clear path to heroism and ultimately failed. The movie had a huge grim, melancholy streak as it explored extermination and genocide. 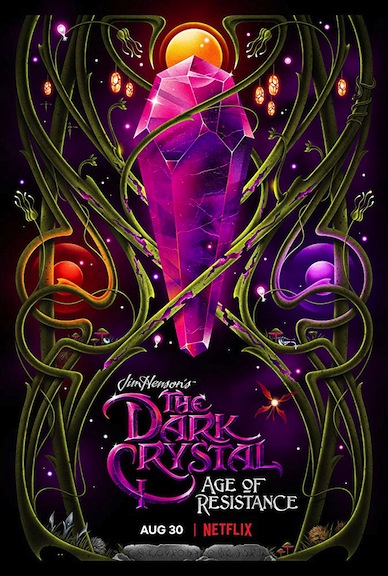 Netflix has poured a lot of cash and promotion behind this “Dark Crystal” prequel. Will “Age of Resistance” strike a chord or alienate viewers?

Thirty-seven years ago, viewers could infer a political slant, but the film was actually more of a philosophical treatise. Henson was very influenced by Jane Roberts and her so-called “Seth Materials.” Often called the “cornerstone of New Age mysticism,” the “Seth Materials” were supposedly the wisdom and words of a spirit being named Seth. This disembodied entity would possess a medium named Jane Roberts and speak through her. Jane, in turn, would share Seth’s philosophy with her husband, Robert Butts, who would write it all down. These observations and speculations were all about consciousness, building one’s own reality, and living in the moment. Henson gravitated toward this text and borrowed its philosophy for his “Dark Crystal” universe. 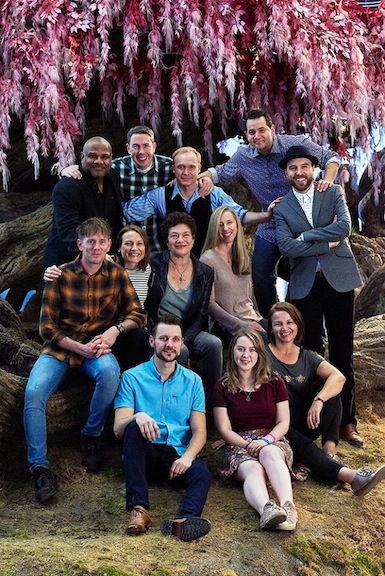 The puppeteers are honored on the official Facebook page with this group photo. They give life to the characters’ movements and expressions.

Now, in 2019, with New Age lecturer and author Marianne Williamson running for president, we are living in a new age of politics and spirituality. “The Dark Crystal: Age of Resistance” might indeed be a parable about certain members of the electorate who feel powerless and disenfranchised. Not bothering to be subtle or suggestive, the program seems to be very much in one’s face. This is puppet power taken to an extreme. 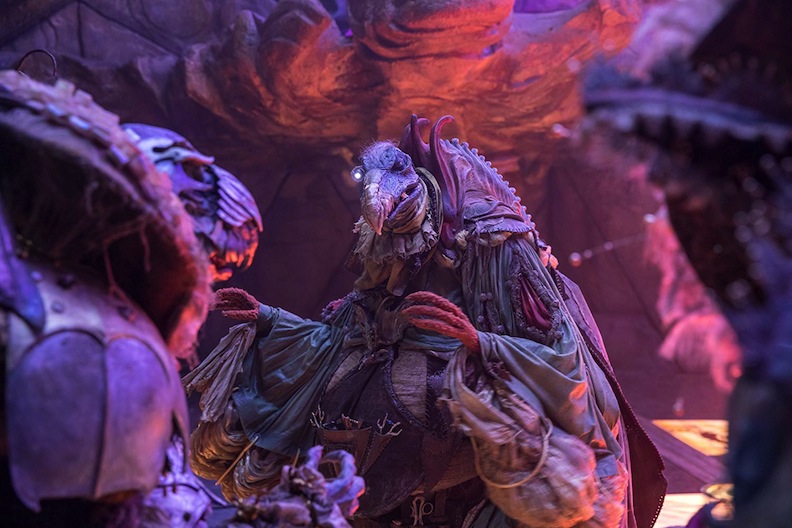 The Skeksis race are the evil creatures that drain the essence of life. They practice enslavement and extermination. “The Dark Crystal: Age of Resistance” tackles dark themes.

Unlike the original movie, which featured a talented but not very famous voice cast, “The Dark Crystal: Age of Resistance” is bursting at the seams with stars. The voice talent includes well-known actors who have won Academy Awards, Emmy Awards, Tony Awards, and Golden Globes. It’s a veritable Who’s Who in Hollywood. Helena Bonham Carter, Eddie Izzard, Lena Headey, Alicia Vikander, and Natalie Dormer are just some of the A-Listers lending their voices to the good-guy Gelflings. The Skeksis (who are the evil ruling class) also boasts top-tier talent. Jason Isaacs, Harvey Fierstein, Mark Hamill, Simon Pegg, and Keegan-Michael Key are some of the performers speaking for the Skeksis leaders. 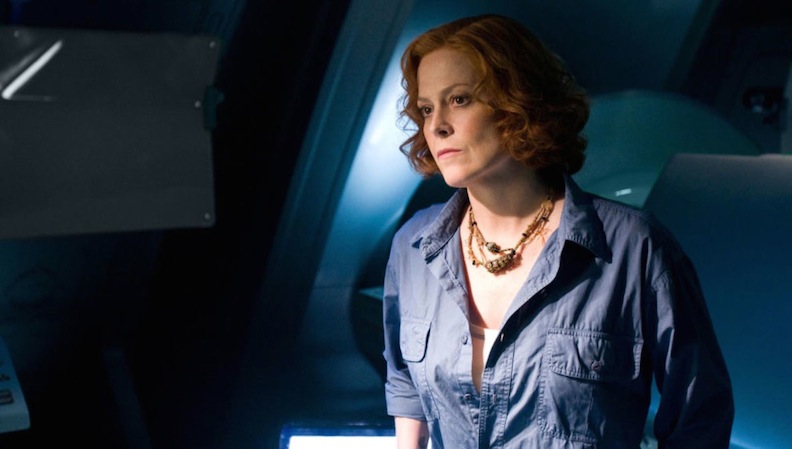 Beloved Hollywood icon Sigourney Weaver is the cast’s Myth Speaker, and Nora Lum, aka Awkwafina, plays the Collector. The Asian-American rapper and actress talks for a skekLach character that loves to collect living creatures. Initially, her role was known as the Census Taker, but the name was changed before the August 30 debut. 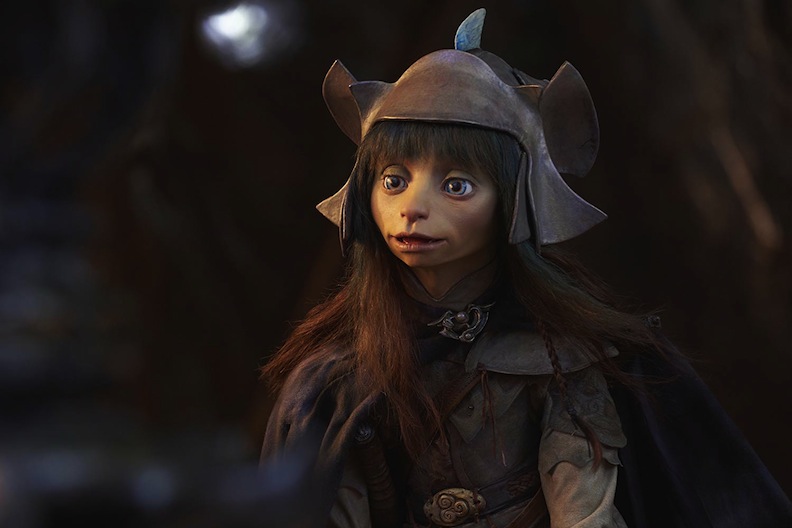 Current heartthrob Taron Egerton (the Kingsman movies and “Rocketman”) speaks for the principal character Rian. Rian is a Gelfling crystal castle guard. He belongs to the Stonewood Clan. Suspense star Anya Taylor-Joy (“The Witch,” “Split,” and “Glass”) vocalizes Brea, a Gelfling princess of the Vapra Clan. “Game of Thrones” leading lady Nathalie Emmanuel rounds out the central trio in “The Dark Crystal: Age of Resistance.” Emmanuel portrays Deet, an animal carer of the Grottan Clan. 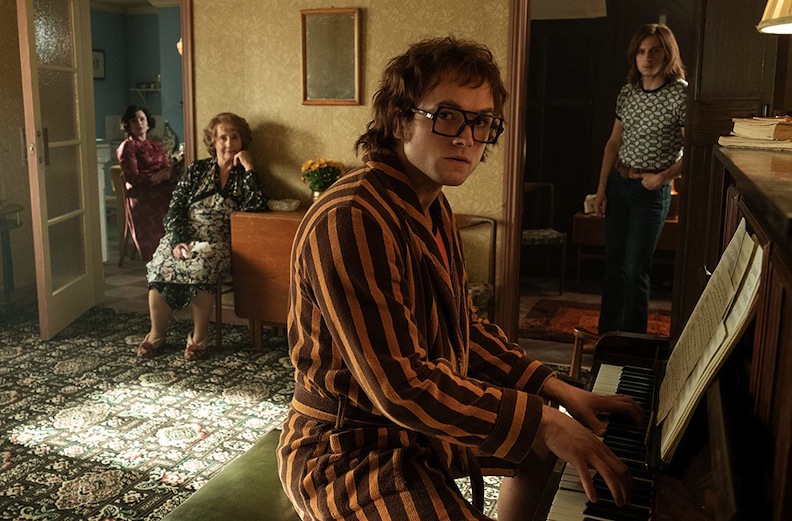 These three Gelflings stumble upon a secret that unites them. They unearth the reason behind a sickness that has been spreading across their land. Their knowledge sparks a fire of rebellion within their hearts, and the seeds of revolution and resistance are sown. 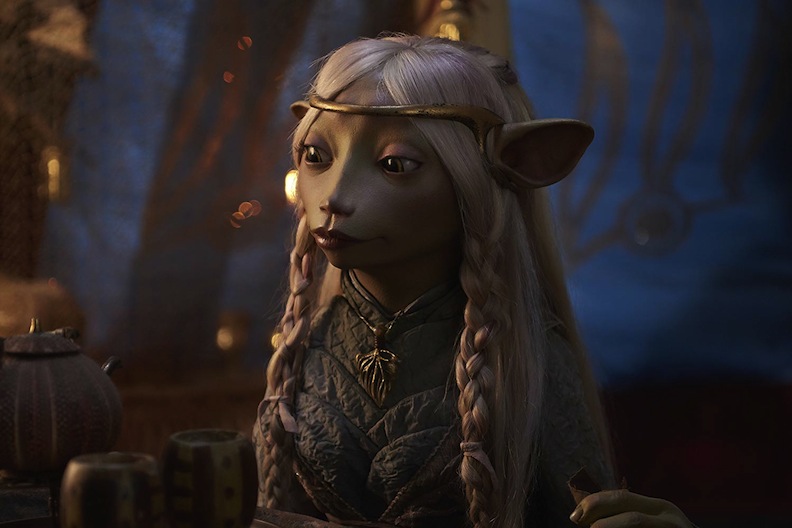 Set on the home planet of Thra, the 10 episodes tackle events that pre-date the original film’s timeline by 10 centuries, at least. Actor Egerton revealed that his character Rian spies a fellow Gelfling being drained of his life force. When he realizes that the Skeksis are responsible for this crime, he feels compelled to band together and resist. 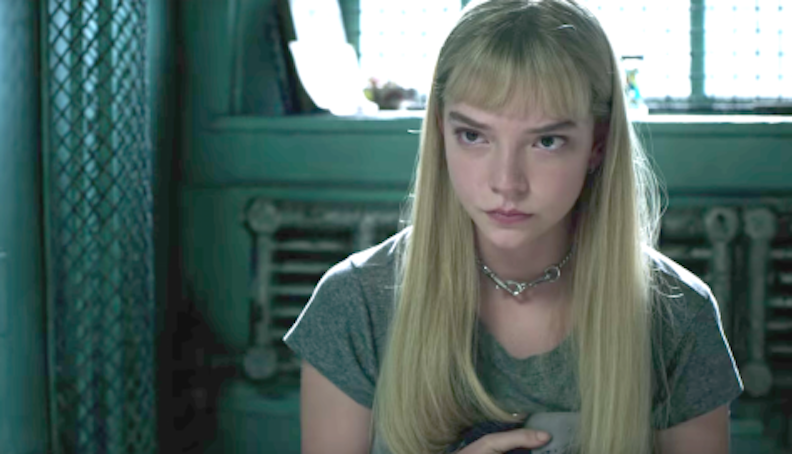 Director Louis Leterrier (“The Incredible Hulk,” “Now You See Me”) was nine years old when he saw the original movie. He admits it is a huge honor and wish fulfillment to be at the helm of “The Dark Crystal: Age of Resistance.” According to Leterrier, “as a filmmaker, one of my earliest influences was ‘The Dark Crystal.’ It brought to life a universe rich in detail and teeming with incredible characters. The creativity in the film was limitless and groundbreaking for the time. It was restricted only by the special-effects tools of its day.” 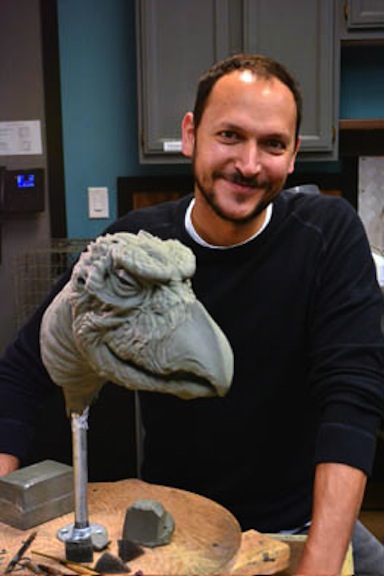 Director Louis Leterrier with one of his “Dark Crystal: Age of Resistance” props

Working in tandem with the Frouds and Jim Henson’s daughter Lisa (the prequel’s executive producer), Leterrier said, “It is a gift to work alongside this team as we begin this new adventure, diving deeper into the world of Thra and working hard to bring fans all they have hoped for. I am excited about the artistry, the craftsmanship, the performances, and, of course, the puppets.” 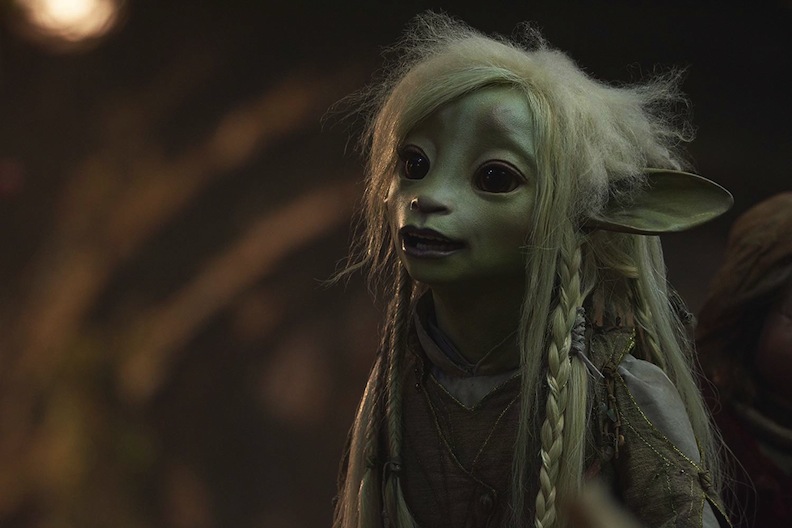 Deet, voiced by Nathalie Emmanuel, is called the “heart of the resistance.”

Lisa Henson has stated that now was the right time to mount a second “Dark Crystal” film. She pointed to today’s climate and current events as her jumping-off point. “What’s going to happen to us centuries from now? We don’t know,” she said. “All of us have to live our daily lives and win our daily battles. We think this is a really hopeful and inspiring story about heroes. When they’re faced with a scary and mysterious threat, they pull together and fight as a team. If you recall the first film, you don’t expect Gelflings to have any gumption in them. You don’t realize they have fight in them, but they do. You learn that during this series, and I hope it inspires viewers.” 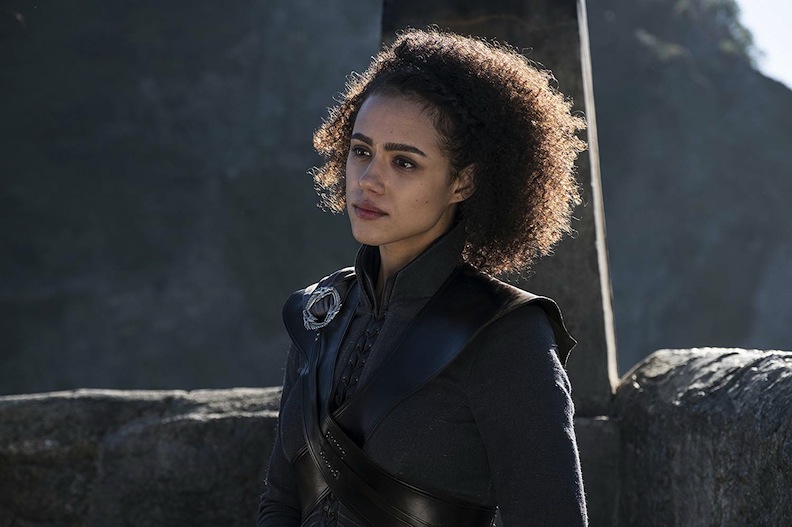 Nathalie Emmanuel is best known for her work on “Game of Thrones.” (Photo: Helen Sloan, Courtesy of HBO)

Families that gather to watch “The Dark Crystal: Age of Resistance” will see old-fashioned, classic puppetry merged with modern-day green-screen backdrops. The opulent artist look of the film is a salute to Jim Henson and Frank Oz’s original vision. Lisa Henson told a Comic-Con panel that the new Netflix series is its own unique, individual entity. However, it has emotional ties to the 1982 original. She didn’t feel right or justified about straying too far from the first movie’s ambience. 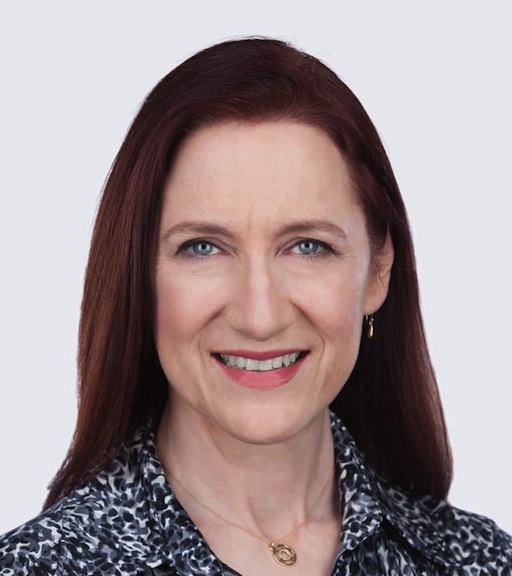 “One of the mantras in the writers’ room was that it’s not called ‘The Light Crystal.’ There’s a dark overtone, but there’s also room for hope,” Lisa Henson emphasized.

Toy Fair 2013: Dying for a good time? The Javits Center was alive with wicked and wondrous collectibles.

Pumpkins on Parade: Jennie Hepler Takens Carves Out a Career in Halloween Art