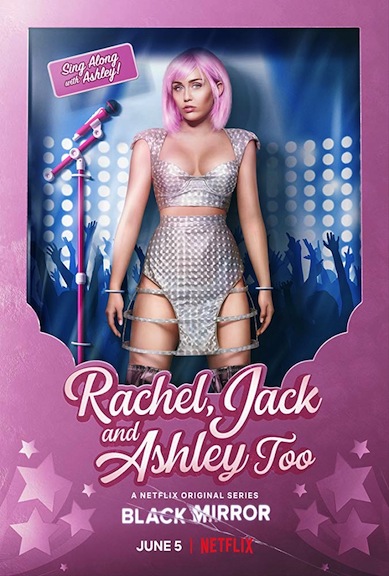 The new ad for Season 5 shows Miley Cyrus as a doll version of her character, Ashley O. The episode is chilling and revealing.

It’s always fascinating when actors and actresses (is that sexist to use the feminine form?) find a role that perfectly reflects who they are as people and as a promotional product. Oh, yes, there are no two ways about it. Successful performers are akin to marketable merchandise. The more they know who they are — or the more they understand what the public wants them to be — the star is guaranteed continued success, acclaim, and fame. Enter Miley Cyrus and her quite remarkable work on Netflix’s “Black Mirror.” A sort of “Twilight Zone” or “Night Gallery” for the techno age, “Black Mirror” has just begun its fifth season. Miley Cyrus is on hand, with her recognizable manufactured personality. A tiny techno doll version joins her, too. It’s a melding of teenage fandom and programmed passive aggression. Most definitely, the show is worth viewing. 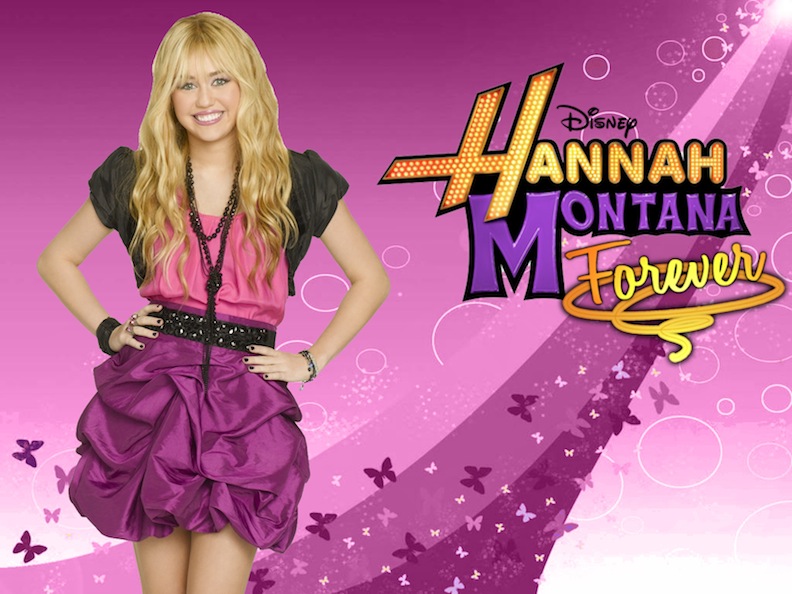 Hannah Montana forever? Rather than a career promise, this became a nightmare for young Miley Cyrus. (Courtesy of Movie Star News)

The name of Miley’s episode is “Rachel, Jack and Ashley Too.” It is a nod to two teenage sisters who have varying degrees of interest in pop star Ashley O. Miley plays Ashley O, a variation on her own on-screen and off-screen battles with her Hannah Montana identity. While the Disney character launched her into the stratosphere of recognition with tweens and teens, Miley Cyrus grew embarrassed. She was ashamed of the scripts, plots, and on-set demands. Like many other Disney teen stars, she yearned to go beyond the beach-house sitcom. Miley craved to be taken “seriously” by critics and audiences. Sadly, like many of these discontent divas, Miley mistakenly assumed “maturity” meant “public promiscuity” and “adulthood” meant “adult entertainment.” Enter her years of lewd twerking, literal tongue wagging, and general stomach-turning bad behavior. 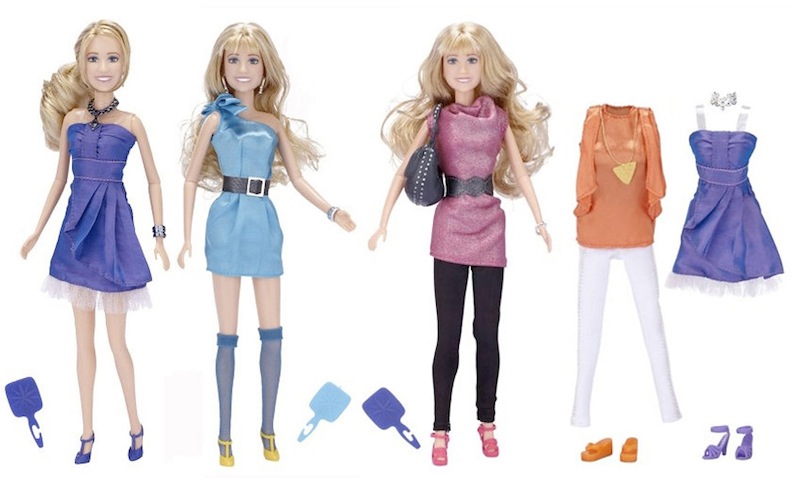 If, indeed, you were Miley Cyrus’s parent, you would have staged an intervention. Surrounded by agents, managers, and business executives, Miley managed to shed her Hannah Montana “good girl” image, along with her clothing. She happily straddled a wrecking ball, without a stitch of costuming, and belted out a platinum-selling song. So much for decorum; it was all about the dollars. And also all about the dolls. Prior to Miley becoming a wild child and a public menace, she was immortalized as a fashion doll. My daughter had one. I bought some for friends’ children at birthday time and Christmas. Back then, I didn’t know that Miley would mount a huge “middle finger” to her child fans and their parents. I didn’t know it, but I probably had my suspicions. 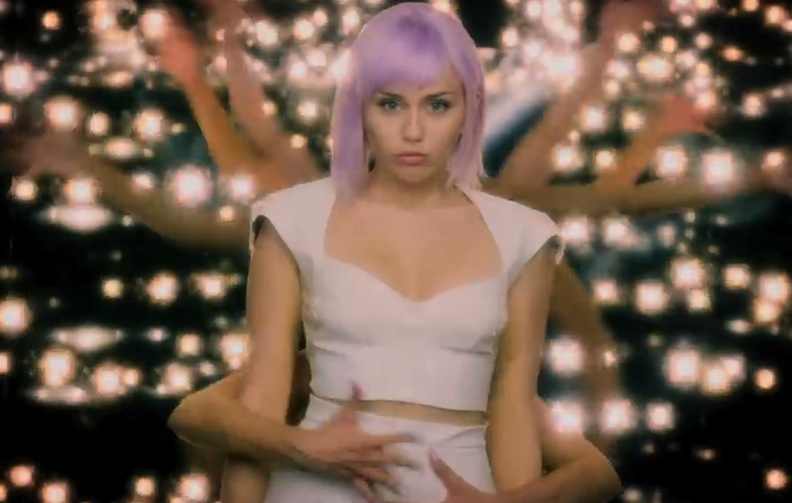 Miley Cyrus as Ashley O, a singer forced to be perpetually upbeat while her own life spirals downward. (Courtesy of Netflix/Zeppotron)

The new “Black Mirror” episode uses Miley Cyrus’s chronicled descent into media-saturated madness as its narrative. In the teleplay, Miley embodies Ashley O, a seemingly good-natured performer who speaks in positive clichés and affirmations. Like her Disney Hannah Montana character, who wore a long, shiny blond wig, Miley’s Ashley character is always seen with her pink/lavender bob. Beneath the cotton-candy coiffure, the real Ashley O is slowly dying and spiraling out of control. Like many fairy tales, the “Black Mirror” script has a damsel in distress (Miley Cyrus), a wicked villainess (her aunt/manager), and two heroes to the rescue (the teen sisters). It is an anti-Disney/Disney-by-the-book episode, and Miley gives it her all.

Sisters Jack and Rachel end up having their lives intimately entwined with Ashley O. (Courtesy of Netflix/Zeppotron)

In the story, the two teen sisters (Angourie Rice as Rachel; Madison Davenport as Jack) are opposite sides of teenage girlhood. Rachel is shy and introverted. She yearns for social acceptance and friendship, and finds it in idealizing Ashley O. Living with her father and slightly older sister, Rachel is like many Disney heroines before her. Rachel and Jack’s father is distracted and out of touch. Her mother’s death (think “Bambi,” “Pollyanna,” and any other Disney movie where a child is deprived of a mom’s affection) has isolated and stunted her. She is ripe to be rescued. The clever twist in this storyline is that she ends up doing the rescuing.

Rachel finds redemption and friendship with the Ashley Too doll. (Courtesy of Netflix/Zeppotron)

Yes, Ashley O, the singer who is seemingly never without warmhearted words, is being drugged and controlled by her aunt. The evil, manipulative aunt (played by Susan Pourfar) has no redeeming qualities. To say she is coldhearted is an insult to ice cubes! She views Ashley as a moneymaking machine, and it’s the aunt’s decision to download her niece’s consciousness into the robo doll, Ashley Too. However, in the dystopian world of “Black Mirror,” a brain scan and an upload of consciousness can never lead to a positive outcome. In a very unsettling variation on “Sleeping Beauty,” the aunt cruelly victimizes the poor Miley Cyrus character and drives her into a coma. In this suspended state of animation, Ashley continues to dream and create. The financially-focused aunt and her henchmen steal Ashley’s thoughts to computer-generate them into producible recordings. 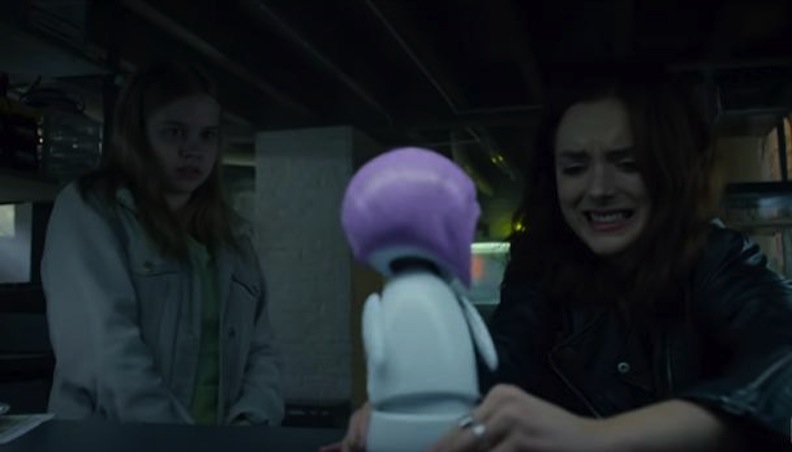 Meanwhile, shy Rachel and her surly guitar-playing sister, Jack, figure out that there is something not quite right with Ashley’s coma. Breathless entertainment reporters give continual updates on the tragic case, and the Ashley Too robo doll seems like an outdated reminder of yesterday’s hot toy. (Does anyone remember Furbies?) Interestingly, the Ashley Too doll, which has been programmed to be as vapid and upbeat as the original Ashley, breaks free of her suppression while Ashley O languishes in her coma. The three new Musketeers or Mouseketeers — the girls’ father is an aspiring rodent exterminator (take that, Mickey Mouse!) — conspire to break the coma/spell. So, it is Rachel, Jack and Ashley Too to the rescue. Hence, the episode’s name. 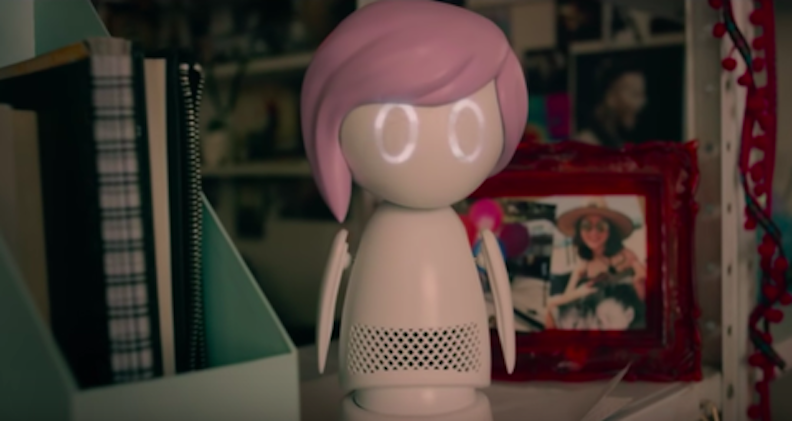 Ashley Too becomes cognizant of her surroundings. Her self-awareness leads to dire consequences. (Courtesy of Netflix/Zeppotron)

The Ashley Too doll gets more screen time than Miley Cyrus’s portrayal of Ashley O. However, Miley Cyrus does provide the voice for Ashley Too. Once freed from her programmed script — where only 4% of her brainpower was channeled — she becomes feisty, fierce, and foul-mouthed. The Ashley Too doll evolves into who Ashley O really is. Her human body and brain lie in a bed, hooked up to IVs and brainwave monitors. The robo doll counterpart unflinchingly becomes who she is meant to be. Obviously, Ashley Too has plans to end her aunt’s domination of her biological counterpart. She is one angry little doll hell-bent on liberation and destruction. 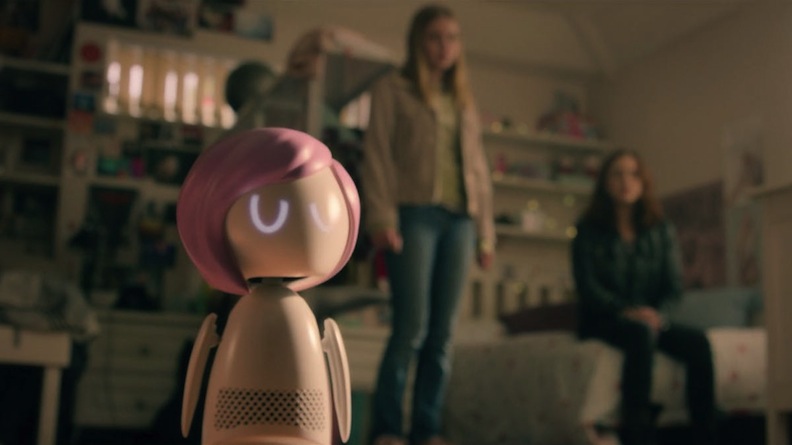 Off to the races! The three heroines get their hero face on! (Courtesy of Netflix/Zeppotron)

It’s obvious why Miley Cyrus agreed to do this series. The episode is a poison-pen letter to all the family members, executives, journalists, and press people who built up her Hannah Montana career. While she appeared so level-headed and down-to-earth on the sitcom, in reality she was miserable. Young Miley was looking to lash out. Here, she can stick it to her handlers and to her fans on some level. When the Ashley Too doll hatches her rescue plan, she realizes her arms are “too stumpy” to even reach the door. She doesn’t have legs for reaching a car’s pedals and her arm situation means she needs teenage Jack to drive her. The Ashley Too doll (in Miley Cyrus’s voice, mind you) laments how fans are never helpful. She grouses that they claim they love you, but they won’t help you when you need it. 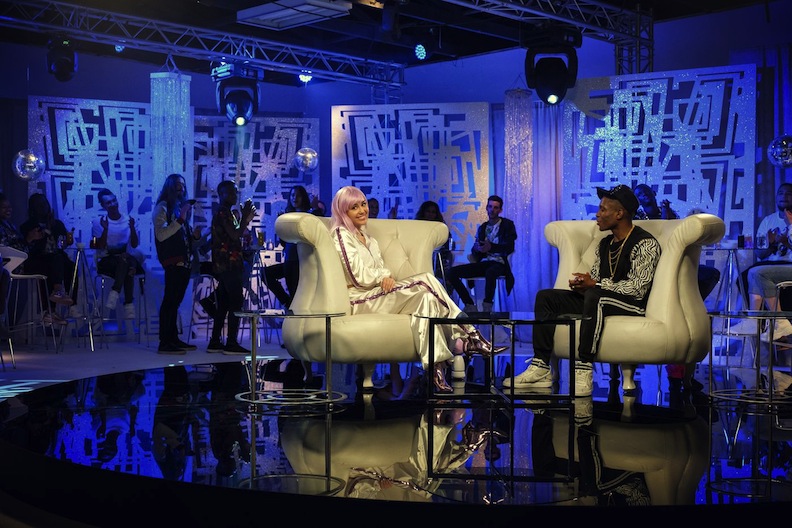 During a chat show, the Ashley O character is all smiles, but her mind is locked in sadness and regret. (Courtesy of Netflix/Zeppotron)

That’s an interesting complaint from a megastar. How should a fan help her idol? It seems that the “Rachel, Jack and Ashley Too” script suggests by boycotting the albums, the concerts, and the merchandise. If people stopped buying what the suits are selling, the star could be saved from the mishandling handlers. That’s definitely true, but it also would undercut their star power and influence. So it’s a modern-day Catch-22. Stars need fans to stop buying their corporate goods, but by not buying the corporate merchandise, a star ceases to be a star. What do they become then? According to Miley Cyrus, they become less famous but more autonomous. In her case, she also became Mrs. Liam Hemsworth, and sister-in-law to Thor (Chris Hemsworth). 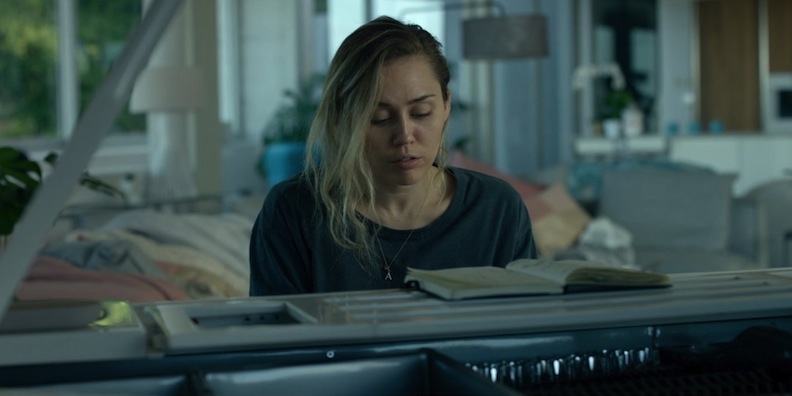 Left to her own true devices, Ashley O would mine deeper, darker musical themes. (Courtesy of Netflix/Zeppotron)

The “Black Mirror” episode will most likely divide its viewers. It has a “happily ever after” ending tacked on to it. After all, it is a fairy tale. The conclusion features Miley Cyrus growling her way through a newly arranged version of Nine Inch Nails’ “Head Like a Hole.” It’s a mishmash of the whole teenage experience. For every pop star who ever felt trapped (David Cassidy to Demi Lovato), it’s a battle cry. The message? Be brave enough to kick over the cash registers and cash out. For the two teen sisters, it’s an exhortation to think for themselves. None of us should buy into packaged role models. 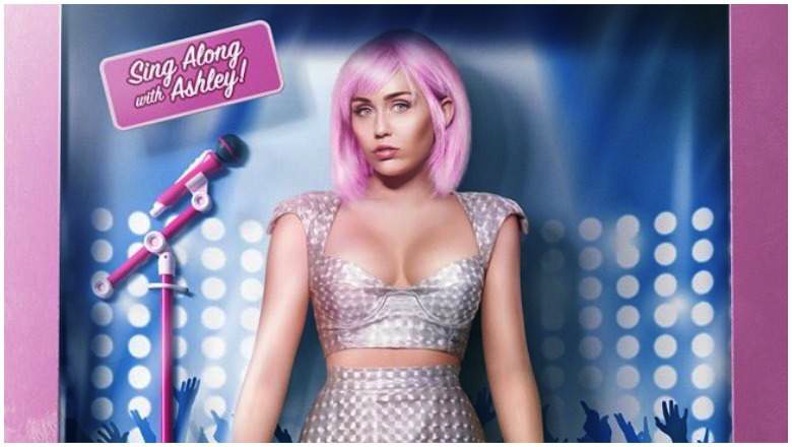 Pop stars are always packaged. Some stars, though, are packaged as dolls. That was Miley Cyrus’s real-life experience. (Courtesy of Netflix/Zeppotron)

Regarding the doll, Ashley Too, it’s a reminder that a doll can only be as real as her owner or collector permits. In this case, she’s a commando willing to commit kidnapping, murder, and worse to free her alter ego. Plastic Green Army Men everywhere salute her. 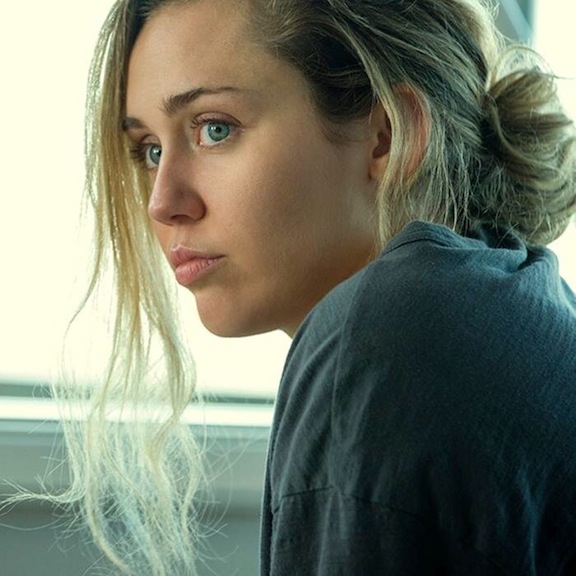 Who is the real Miley Cyrus? Same question applies to her character, Ashley O. (Courtesy of Netflix/Zeppotron)

(In a case of truth is stranger than fiction, I’ve heard rumors that Netflix and “Black Mirror” will be releasing an album based on the Ashley O soundtrack. Nine Inch Nails is selling T-shirts based on their lyrics being borrowed. I can only imagine an Ashley Too might be sputtering our way soon as well.) 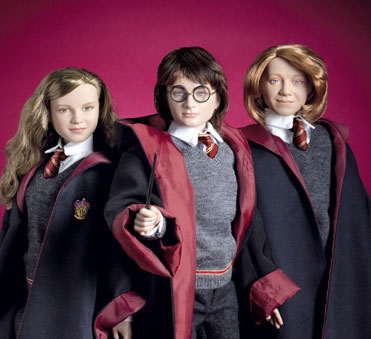 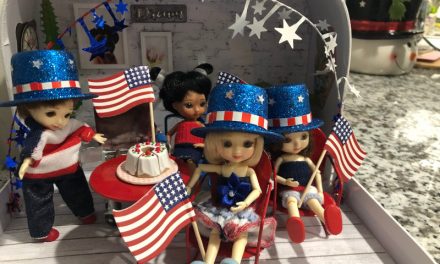 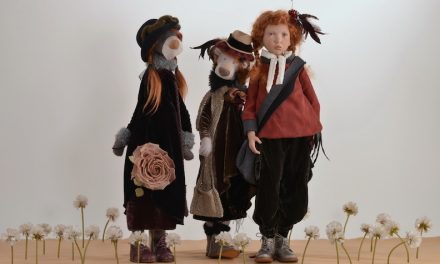