It’s been two weeks since bleary-eyed Americans roused themselves from slumber to watch the wedding of this century: the nuptials of Wills and Kate. For me, it seemed rather odd to deprive oneself of pillow time to witness “a dream come true.” I didn’t wake up to watch the pageantry, the history, the pomp and the circumstance (the latter two sound like cast members from “Jersey Shore”). No, I DVRed it and watched snippets throughout the day.

My friend Cam, who is an indefatigable doll buyer and an optimistic entrepreneur, phoned me the day after the British bash. In his usual, understated way, he announced, “Say hi to a future millionaire. No, make it billionaire!”

I knew that the timing of the call, so close on the high heels of the royal ceremony, couldn’t be a coincidence. All I could think was 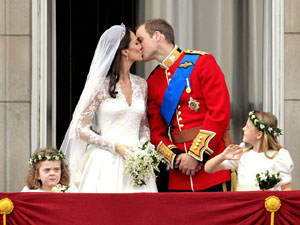 “blackmail of the bride or groom” or “robbery of the Crown Jewels”: which alternative would be more embarrassing and more risky? Well, that’s the one Cam would go for.

“Cam, what are you talking about?” I asked. “Did you ever meet Prince William? Or Harry? Were you near them with a camera?”

No, he assured me, but I was on the right track.

“I’m going to corner the market on the royal collectibles,” he proclaimed. “I’m going to London in June, and I am going to buy every single unusual wedding item and then sell them to every Anglican on the planet.”

“I think you mean Anglophile,” I corrected.

“Whatever,” he deferred. “All that matters is that I have an angle!”

Though I think Cam is vastly overestimating the power of his shopping spree as a vehicle to Donald Trump-ville, he might be on to something. Royal collectibles are beloved, and it doesn’t seem to matter which tiara-wearing princess or coronet-clad duke you’re talking about. People love the chance to see real-live folks decked out like Prince Eric and Ariel from “The Little Mermaid,” Prince Charming and Cinderella, Prince Charming and Snow White—wait a minute, is he a bigamist?—or any other fable sprung to life. It’s a thrilling sight for us commoners. 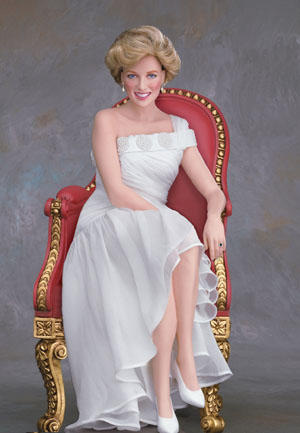 “Diana was the best in terms of collecting,” Cam mused. “She was the whole package: tall and regal, blonde and fresh. She was like if Barbie married Prince Charles instead of wasting her time with that surfer Ken.”

I countered that Ken wasn’t only a surfer; he was also a model, a newscaster, a disco dancer, and a pilot.

“Yeah, he can’t hold a job,” Cam summarized. “Poor Barbie. She always has to do it alone.”

Moving on to other fabulous heads of state, he admitted that he still had a soft spot in his heart for Sarah Ferguson, “the troublemaker who is so, so troubled,” he lamented. “To me, she is the one-and-only, original Fergie. Why doesn’t she sue that Black-eyed Pea peon? I don’t know. Do you?”

I admitted I didn’t have a handle on copyrighting a nickname, so perhaps the first Fergie had no legal recourse against the second “impostor.” 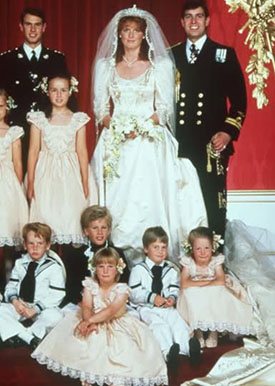 “Oh, well, I never got around to buying any Sarah, Duchess of York dolls,” he revealed. 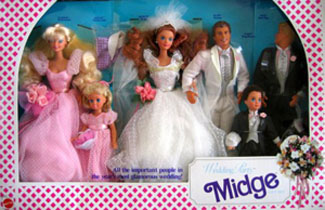 “I  just made my Midge Wedding Set into her marriage to Prince Andrew. They look almost identical.” (He actually has a point.)

Gearing up and getting ready to fly across the Atlantic, Cameron has a list of what he hopes to find and buy. “It’s like a treasure hunt, but only better! Because I can’t lose! No matter what I find, I’ll feel like a winner.”

You see what I mean about him being an optimist!

If he had to go after just one item on his wish list and stockpile it, what would it be?

The Early Learning Centre (ELC) infant toys, he answered without a moment’s hesitation.

“They’re sort of like Lego meets Playmobil meets Weeble Wobbles. They are a hoot. They can’t be bought in America, and I know every mom will want one for her daughter, but really for herself.”

Cam is heading off to London in a few weeks, and I know that he’ll be bursting with stories upon his return. Whether or not his valise will be bursting with ELC dolls is another story. I just hope there are no international bans against bulk doll buying, or that he’s not mistaken for a toy trafficker. Despite his figuring out all the Anglo angles, I don’t think Cam will fare well in the Tower of London.