There’s definitely a mixed message being sent these days about body image and self-esteem. On the heels of all news reports for the past six months that have decried how Americans are getting bigger, fatter, and more sedentary, we are now bombarded with warnings that young people—girls, in particular—are at risk for peer-pressure anorexia. Just who or what is the main culprit for making young women want to silently starve, or covertly binge and purge, or exercise to the point of exhaustion and hospitalization? Is it the relentless drumbeat from the media and the White House that is monitoring our calories and our serving portions? No. Is it the parade of physically fit news anchors who remind us that we watch too much TV and snack too hard? Nope. Well, who, then, is to blame for the rash of girls who seemingly want to fade away into nothingness? Ahem, it’s Barbie, of course.

Right before the Easter holidays—a time where I like to devour chocolate bunnies by the basketfuls, decapitating their heads for the first bite—I can’t escape alarmed news reports about anorexia, distorted body image, and Barbie. This new national “dialogue” (that is what the news divisions call it whenever they climb atop a soapbox) has come about because of Galia Slayen and her life-size Barbie sculpture.

Appearing as a talking head on countless news programs, guest-blogging on the Huffington Post (where Arianna doesn’t pay her workers, probably as a way to keep overeating in check), and wagging her finger for all its worth, the college student is taking her worldview and her Barbie on the road to condemn the iconic toy as one of the reasons why she had an eating disorder. The sculpture attempts to translate Barbie into a real-life version of what her physique would look like: six feet tall, a 39-inch bust, an 18-inch waist, and 33-inch hips. The mannequin is frightening to behold, and I have to admit, I didn’t initially think anorexia as much as breast implants gone awry.

Ms. Slayen is a college student who has battled and has defeated her own private eating disorder. She should be congratulated for overcoming whatever personal demons drove her to harm herself in such a depriving, hyper-dieting way. However, pinning the blame on Barbie just seems so shallow and so easy. The Mattel maiden has been slapped around and blamed for so many of society’s ills, there should be a new line for sale: “Scapegoat Barbie.” She should wear a Velcro bathing suit, and every accusation, insult, and detraction could be stuck to her, until the hue-and-cry dies down. 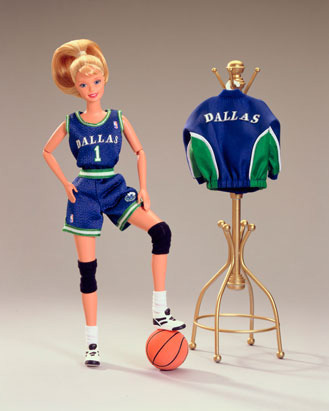 Barbie represents many things to many people. And for a lot of folks, she is the embodiment of all that is oversexualized, crass, materialistic, and anti-feminist. And then there are the people who really hate her! They see her as evil, a tool of the devil, something to fear! All I have to say is, “Get real, and get a life. She’s a piece of plastic, and she’s a doll. She has no powers. Just relax and chill out.” Strangely, Barbie, who has had a wide array of jobs and different looks over the decades, is constantly blamed but very rarely rarified. Barbie has been a professional basketball player, a pilot, an astronaut, a scuba diver, and an Olympic gymnast. Have you ever seen parades held in her honor to celebrate how she has inspired young girls to try to be their best, to reach for the stars, to work mind and body together? Unless it’s a Mattel-sponsored bash, the media prefers either to bash Barbie vocally or ignore her altogether.

As someone who has had a personal relationship with the “teen fashion model,” I can say that she 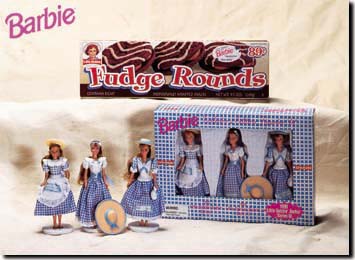 never appeared underfed to me. When she is blown up to a staggering Heidi Klum-like six feet tall, yes, her proportions are far-fetched. When she’s kept at her 11 inches (give or take), she just looks a tad buxom. Barbie, after all, has had a public relationship with food. Every Easter, her likeness and that of Kelly and Chelsea grace the candy aisles at Target, Walmart, and Kmart. She and her vinyl peeps are sold alongside Peeps as ways to decorate Easter baskets. Why, she has even been made as a spokesdoll for the Little Debbie snack cake company, and I never once imagined she was downing those goodies—only to bring them up an hour later. 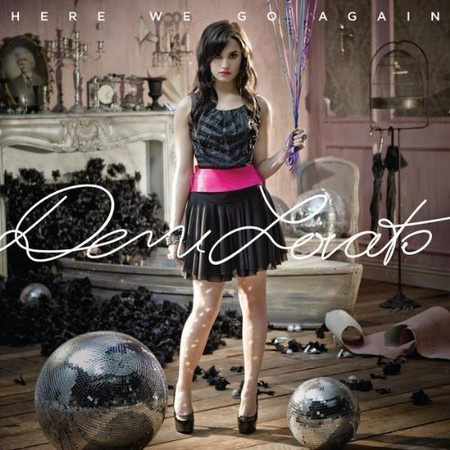 Eating disorders, or a need to appear smaller, frailer, and tinier, have plagued womanhood for centuries. It has predated Barbie, for sure. Corsets would cinch in women’s waists, and sometimes fracture ribs in the process. At times, too-tight lacing could cause hemorrhaging in the lungs. Autopsies on Victorian women would find food completely undigested within their corpses—the corsets did not allow the food to be broken down or absorbed into the bloodstream correctly. The pursuit of the “feminine ideal” (as dictated by men) has often proven to be deadly, or at least debilitating. Take the lovely and lyrical Demi Lovato, Disney star and the inspiration of a line of “Camp Rock” dolls. Miss Lovato, who always appeared so fresh-faced, level-headed, and charming, had to take a hiatus from her TV show to go into rehab. One of the reasons why she was resting and undergoing therapy? Self-cutting and self-starvation. It doesn’t seem possible. It doesn’t seem plausible. However, it’s true. The young star of “Sonny with a Chance” apparently never had a chance in the physically critical world of Hollywood.

There’s a lot that conspires to undermine a woman’s self-confidence, and I think Barbie is the least of the worries. Think of who is 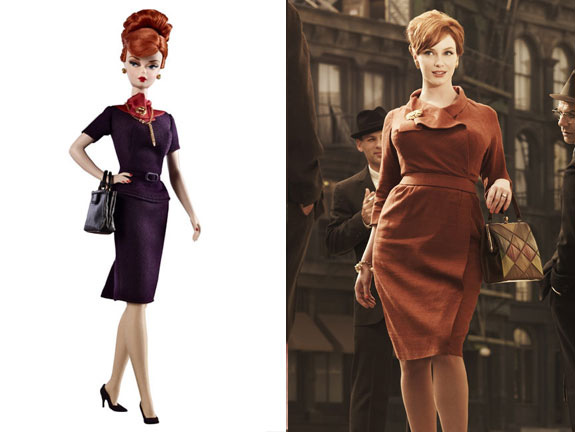 considered to be a sex pot  nowadays, and think of how lithe and long-limbed they are. As women are getting lankier and leaner, their male counterparts are bulking up and growing more and more muscle-bound. As a gender, we are encouraged to be slighter and smaller; while our men are applauded for pumping up and filling out. I don’t think Barbie has a hand in this. Interestingly, in 2010, Mattel issued its “Mad Men” line of dolls, and the hourglass, va-va-va-voom curves of 1960s bombshells were re-created. (Though, in fairness to Barbie, she couldn’t quite equal the real-life eye-popping silhouette of Christina Hendricks. Few people can.)

Women have had a hard time being themselves for hundreds of years. It hasn’t happened because of Mattel. It hasn’t happened because of Playboy magazine. It can be traced back beyond Victorian times. At some point, females allowed men to determine whether a full-bodied form or a gamine set of gams was preferable. Are you a Rubenesque ideal? Or are you a Picasso kind of girl, allowing yourself to be rearranged and redrawn into a Cubist’s ideal? 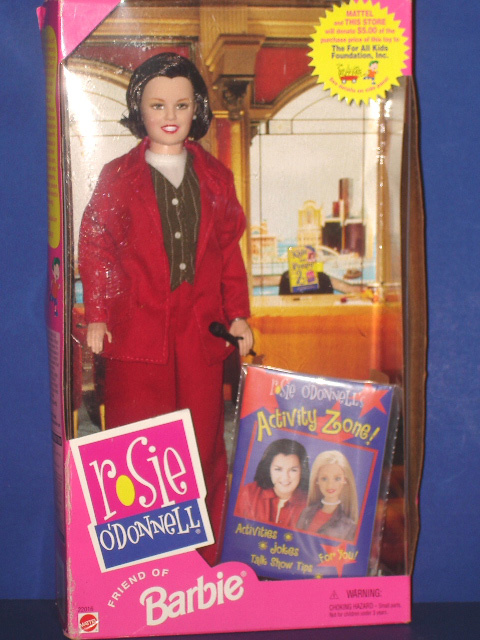 That’s what I mean about mixed messages. Right before the Bacchanal of bunnies, dyed eggs, Hershey kisses, and pastel-colored M&Ms, we’re smacked over the head with dire warnings of anorexia. When Easter is over, it will be back to chiding us for having a nation of size-14 ladies. We can’t seem to please anyone, and the yo-yo dieting and eating and starving and binging and purging goes on. If Barbie isn’t the right doll to represent American womanhood—she’s too buxom, too long-legged, has no hips and waist—why not sell Rosie O’Donnell dolls? She’s much closer to the national average. Oh wait! Mattel already did that—they packaged Rosie as one of Barbie’s pals. There wasn’t a stampede to buy the portly, pants-suited one, and late-night comics had a field-day lambasting the idea of making O’Donnell into a fashion plaything. They made it into a joke.

When it comes to weighing who is to blame in the weight problems of this nation—do we tilt the scales too much, or do we not even register at all—maybe the media should hold a mirror up to their own prejudices and physical demands.