During these days of sequestering, if you have children or grandchildren around you, you can learn a lot about who is hot and who is not. Influencers can tweet out a single frowny face, and a trite observation (“Gee, this pandemic sucks!” or “Wow! Stuck at home again. Bummer”), and get a million likes. These social media darlings have a huge impact on the young’uns who live among us. One of the most followed, and imitated, young moguls has a line of dolls, clothes, skates, accessories, and bows. Lots and lots of bows! Her name is JoJo Siwa, and she’s got an army of second graders to tweens that mimic her every move.

For most of us who spike over the age of 40, JoJo was an unknown stealth star. We don’t watch Nickelodeon, hardly ever peruse YouTube, and Claire’s fashion boutique is squarely aimed at 6 to 12 year olds. Those three sites are JoJo’s domains. She rules the kiddie TV network, shimmers and shimmies on YouTube, and has jewelry and hair accessories for sale at malls across America. Just who is this unstoppable force of nature?

Anyone who watches “The Masked Singer” got to watch her compete this season inside an enormous T-Rex costume. Despite how heavy and awkward the outfit was, JoJo still managed to do high kicks, one-footed hops, and gravity-defying spins. Her over-the-top performing gave her identity away, because her fans and even her detractors acknowledge that the kid has energy to spare.

Born in 2003 (that’s not a misprint), JoJo Siwa is only 16 years old and she has a business empire. Her father is a chiropractor, and her mom a dance instructor. In fact, her mother is the initial driving force behind her career. They appeared together on the second season of Lifetime TV’s “Abby’s Ultimate Dance Competition.” Their dynamics hit a chord with viewers and they were invited to join the reality program “Dance Moms.”

The powerhouse dancer, and her mom, weren’t content to be featured players or guest stars. In 2016, at age 13, JoJo addressed the issue of cyberbullying. She co-wrote a song called “Boomerang,” and it launched her as a singer, songwriter, and social critic. The video for the tune has a mind-blowing 450 million-plus views. It helped to solidify her as a teen who wanted to use her high profile as a platform for speaking out about causes that are dear to her heart.

Naturally, young kids who are looking for empathy, for relatable role models, and for adults to admire gravitated to her. Yes, to a first grader or a fourth grader, JoJo is nearly a grown-up. She’s got a driver’s license and her very own line of cosmetics. For lots of little girls, she is the cat’s meow, and then some! They want to be friends with her, dress like her, and have her ultimate success.

This year, the hyper blonde was in the midst of a world concert blitz (D.R.E.A.M. The Tour), but it has been sidelined due to the coronavirus. For children who can’t attend her shows, they can act out her routines with her array of dolls. They can don her jackets, her jumpsuits, her headphones, and even her skates.

Of course, her trademark bows are available for purchase, too. These enormous hair decorations are most likely the secret source of her popularity. She describes them as “symbols of power, confidence, and believing-ness.” (Okay, I don’t quite know what that third word means, but apparently her fans do. By the way, she calls her devotees “the Siwanatorz.”)

Who knows how long this peppy, preppie young girl will hold sway?  Many teen stars have glittering, glamorous lifestyles, and then when they hit 20, it is a downward slide. Luckily for this Omaha, Nebraska, native, her parents are her biggest supporters. They are in her corner cheering her on and overseeing her decisions. Her brother, Jayden, is a vlogger and, likewise, he is a vocal member of Team JoJo.

It will be fascinating to watch and see whether she can ride this wave of success for another decade or more. Look at how heartthrob Leonardo DiCaprio began his enduring career as a child star and now he’s regarded as one of America’s great acting talents. Will JoJo morph into a Liz Taylor, who survived and flourished from child actress to mature movie star, without ever losing her stature? Or will she have to re-invent herself, like Miley Cyrus and her renegade revenge against Hannah Montana and everything Disney?

Time alone will tell. And JoJo Siwa has the persistence and perkiness to battle for months and years to come. Unlike the T-Rex she recently masqueraded as, she and her family will do all they can to evade that child-star extinction! 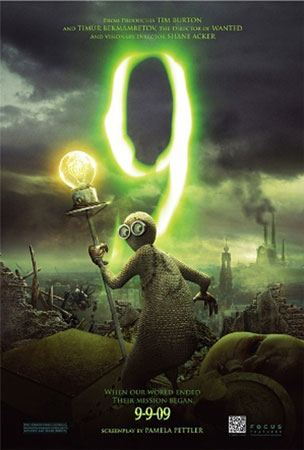