While promoting the latest installment of the Twilight series, actress Kristen Stewart (Bella) and actor Taylor Lautner (Jacob) were asked about the merchandise that swirls around their teen box-office sensation. Lautner, an 18-year-old boy who still lives with his mom and dad, was understandably embarrassed to know that people were buying sheets with his likeness on it, bare-torso dolls with his athletic physique, and ladies’ panties with his face and a blurb about “Team Jacob” emblazoned across the back. Stewart was more resigned to the whole marketing blitz. Her only comment was that dolls and T-shirts made sense to her; whereas other spin-offs, like Band-Aids and body shimmer, were “funny and weird, or funny-weird.” (Keep in mind, she just turned 20. Her vocabulary is still very much “teen speak.”)

Hearing the young heartthrobs talk about being bought and sold as products got me thinking: Can you imagine if various stages of your life were captured by a sculptor or an illustrator and then peddled to the masses? I shudder to think of what my doll likeness or my appearance on a pillowcase would look like. 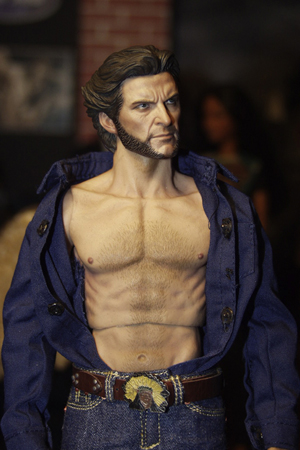 Granted, Stewart and Lautner are both in the prime of their lives. They’ll probably never look this good again so, of course, it is the perfect time to have themselves immortalized. But what about older performers who get the doll treatment—how do they feel about that transformation?

Hugh Jackman was on David Letterman’s talk show when he shared a story about his son and a Wolverine doll. The Aussie hunk said he had been away from home for a very long time doing the X-Men flicks and stage performances of the musical “The Boy From Oz.” During a phone call back home, he confessed he was getting worried that his son would forget him. His wife said, not to worry, the child was sleeping with a doll of his father every night. The next day, Hugh’s wife sent him a video of the little boy nestled with his “Wolverine” doll. The mutant’s claws grasped in the boy’s tiny hands, the beast’s push-button roar silenced as they slept together. Jackman very candidly said, “I was fascinated and horrified. All I could think was ‘My God, that IS his father. What is that doing to him? How many years on a therapist couch is that going to add up to?” I guess Kristin Stewart is right: That is funny AND weird.

There are so many celebrity doll likenesses made these days, and the vast majority have the subject looking even more glamorous and elegant than in real life. But there are the occasional examples when the sculpting is a botched-up mess, rendering the star relatively unrecognizable. There are also the times when the character that the actor is portraying is downright evil and unlikable. A good translation of that role into vinyl means, for instance, that Jason Isaacs will always be malevolent and menacing as “Lucius Malfoy” from the Harry Potter line of dolls. And Christopher Lee will be immortalized as chilling and wicked “Saruman” in the Lord of the Ring dolls. 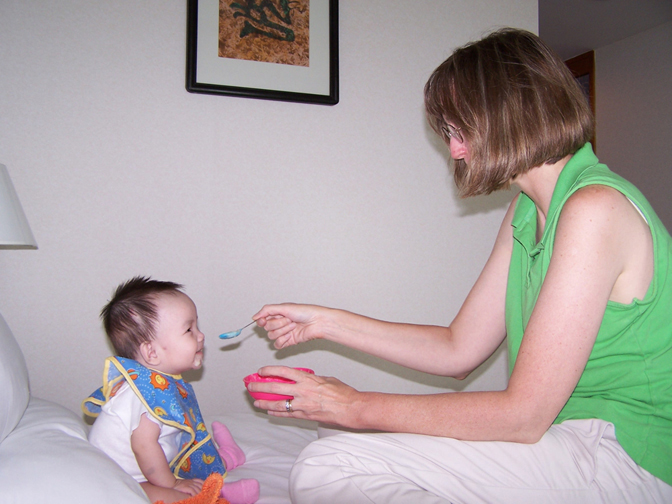 When I learned that Bette Davis and Joan Crawford were both being re-created by Robert Tonner, I immediately asked if there was a “What Ever Happened to Baby Jane?” pairing in the near future. I was told “no”—that the Joan Crawford license was granted with the understanding that the dolls would always be fashionable and favorable. So, sadly, no depraved and despicable duo of “Blanche” and “Jane” will be terrorizing our doll cabinets.

It makes sense that Joan Crawford’s estate wants to keep the memory of their benefactress alive and well. (Poor Joan, after all, has already taken a beating with wire hangers from her daughter’s tell-all memoir.) Still, some of Joan’s greatest parts were when she let her hair down, and her looks were forgotten and disguised. That’s certainly true of co-star Bette Davis in her later years, when she was unhinged and unstable in a stellar lineup of crazy, demented roles.

That brings me back to my own life, and the notion of being made into a doll. Like most people, no one wants to have their monstrous moments preserved for all to see. Think about the worst argument you ever participated in or the most awful bad-hair day you ever experienced. How would you like that as your claim to fame? Not a pretty thought.

I guess if we mere mortals were going to be made into dolls, the store shelves would be filled with graduation likenesses, wedding days, proms, sports victories and first job offers. In my own case, with apologies to my husband and my son, if I had to select one moment and have it preserved forevermore, it would be the first time I fed my daughter.

I adopted my child when she was 10 months old, and she was the size of a peanut. When I sat across from her on our bed in a Chinese hotel room, I knew I was responsible for this tiny, precious life. As I propped her up against pillows and put a bib around her neck (she was so tiny the bib covered her whole body), I knew my life had changed forever, and it was a change I was so overjoyed to have made. My husband snapped a picture of that moment, and that would be my doll tableau. Ashton-Drake, if you’re ever looking to capture a scene from the heart, here it is. It’s my personal Precious Moment. What about you? What would you choose for your doll likeness? Or, for your conversion into a cherry-flavored lip balm? I swear, I saw a “Team Edward” Chapstick just the other day.

Kristen Stewart and Taylor Lautner (top) are two of the hottest young celebs today. Their likenesses adorn the most expected—and unexpected—places.

Hugh Jackman likes to spend quality time with his son, Oscar. When he was on the road, the little boy made “do” with a Wolverine (middle) doll substitute.

If I could have one moment of my life preserved as a likeness tribute, it would be when I first met and cared for my daughter, Jane (bottom). She changed my life more than anyone else had ever done.