As a blogger, I have to confess: 2020 is the perfect year for fun predictions, upbeat premonitions, and excited visions. You can’t make it up — a year called 2020! It’s ideal for inviting people to think in optimistic, clear, well-focused ways. Let’s all hope that we can see our world in the best possible light next year! Now, for the year that we are bidding good-bye to: 2019. What did I blog about over the past 52 weeks? What trends in the doll world were most prevalent and enticing? While Times Square is shining its crystal ball for the midnight drop, let’s begin our year in review. Here are some of the highlights and lowlights of 2019.

January 2019 kicked off with sad news for doll collectors. On January 22, I blogged about the Tonner Doll Company shutting its doors. My takeaway? All good things must come to an end. Robert Tonner guided his doll business to the heights of original designs, licensed properties, and beautiful spin-off ventures. As of January 1, the Tonner brand took its final bow. At that time, he announced he would continue to create and work under the Phyn & Aero umbrella. That week’s Doll Chronicles inspected how an innovative artist would flourish in a new setting.

On January 29, I spread the news about Phyn & Aero taking flight. Stunning and sophisticated, sweet and sassy, Phyn & Aero was now the exclusive home base for Robert Tonner. I pointed out how there were some familiar names, a few brand-new faces, but it was all terrifically Tonner! (This happy proclamation would become embarrassingly wrong in a matter of weeks.)

February introduced the fanfare swirling around Barbie’s 60th anniversary. The ponytailed, swimsuit-clad fashion doll debuted in 1959, and Mattel released new creations and new directions for the popular playtime diva. As part of Barbie’s 60th-anniversary celebration, Mattel re-introduced some of the plastic icon’s past professions. Barbie, the teenage fashion queen, was never afraid to job-hop. In fact, her résumé is filled with careers that are both traditional and unusual for women. That’s the impetus behind Mattel’s six-career highlight in 2019: professions where women are still underrepresented. The February 25 Doll Chronicles took a look at the glass ceiling and how Barbie used it as a mirror. Her choices reflected the seemingly impossible dreams of little girls, before shattering it.

On March 11, on the heels, or should I say “high heels,” of International Women’s Day, Doll Chronicles celebrated the Barbie anniversary and Mattel’s commitment to eliminating the Dream Gap. Throughout 2019, the toy titan would donate funds to organizations that strive to keep girls academically competitive and socially strong. Realizing that many girls turn inward and begin to lose their confidence by ages 5 and 6, Barbie geared up to battle this loss of self-belief.

Doll Chronicles is mostly an archive of positive announcements and joyful intentions. After all, it centers on dolls, which are primarily vessels for dreams and aspirations. On March 5, though, it became somber when it paid tribute to the late Luke Perry. Idolized by millions, the actor went through the traditional rites of passage: initially playing a cool angry young man and then morphing into a solid working-class TV dad. He had his career highs and lows. One of his unique legacies is the Mattel likeness of his character Dylan McKay, a “90210” rebel with a Porsche. Rest in peace, Luke Perry. Your TV performances will play on for years to come.

March 15 — beware the Ides of March, kiddos — lived up to its dire reputation. In a special post, I had to breaking the news that Robert Tonner had announced that he would close Phyn & Aero. After packing up his own self-named company, Tonner had now disbanded the 3D arm (and leg) of his doll brand. Tonner planned to start a brand-new solo website, set up a store on a 3D marketplace site, and would be consulting and creating as a freelancer.

Just in time for April Fools’ Day, this blog visited a brand-new, hilarious re-interpretation of the Disney Princesses. Designed for “Ralph Breaks the Internet,” these movie dolls showed the regal royals in their very comfy commoner clothing. It was Snow White in Capri pants and Cinderella in sweats. Here was a chance to see what Rapunzel looked like when she really let her hair down! (It’s very casual and cute.) If you love Disney and dolls, this was a great Hasbro offering — no fooling!

A week later, on April 8, the princesses held court once again! There seems to be a Disney Princess for every little girl, but that wasn’t always the case. The first non-white princess didn’t appear until 1992, when Jasmine flew high with her heart-stealing boyfriend. After Jasmine’s appearance, multiculturalism became Disney’s watchword. But beyond varying skin tones and hair color, the Disney Princesses also expanded to become more self-reliant, independent, and heroic. Doll Chronicles celebrated Hasbro’s diverse Royal Shimmer line of princesses who are all about taking action and taking personal responsibility for their fates.

Palaces, tiaras, and scepters — they’re not just for animated heroines anymore. With the real world emulating the nursery, and the toy box mirroring reality, my May 21 blog pondered the impact of an actual infant. Seventh in line for the throne, newborn baby Archie Harrison Mountbatten-Windsor was the first royal child to reflect some of the realities of a modern world: Biracial, half American, poised to be raised by a divorced mom and a hands-on dad. With such a relatable pedigree, Dolls Chronicle wondered when there would be an Archie royal baby doll available to collectors.

Being born into the spotlight, is it a blessing or a curse? One of my most talked-about blogs for June examined the doll-themed episode of a sci-fi series that dug into the truth behind celebrity packaging. Many little girls play with dolls, but how many grow up to become one? Not just once, twice, or three times, but countless times in a four-year span? Miley Cyrus has the distinct “honor” of becoming a plaything manufactured by two giant toy companies. Her image was both literally and figuratively packaged. The June 10 “Doll Chronicles” examined Netflix’s “Black Mirror” anthology series that featured Miley Cyrus in a thinly veiled, twisted story of a pop star’s life. Controlled, managed, and replicated as a doll, Miley’s character is every girl’s fantasy, except her own. A compelling premise and a dark fairy tale of fame, Miley’s doll counterpart has a mind and a mission of her own! It’s dolls and girls to the rescue!

Tune into next week’s Doll Chronicles, where I’ll tackle the top spots of July to December. It was a year of hits and misses, changes and nostalgia. Join me as we navigate the year that was. 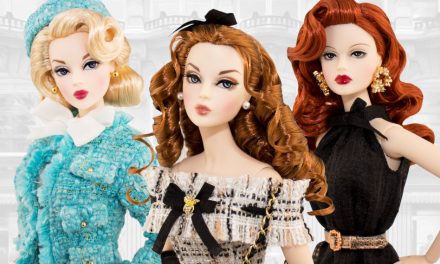 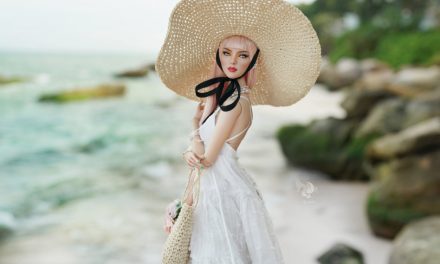