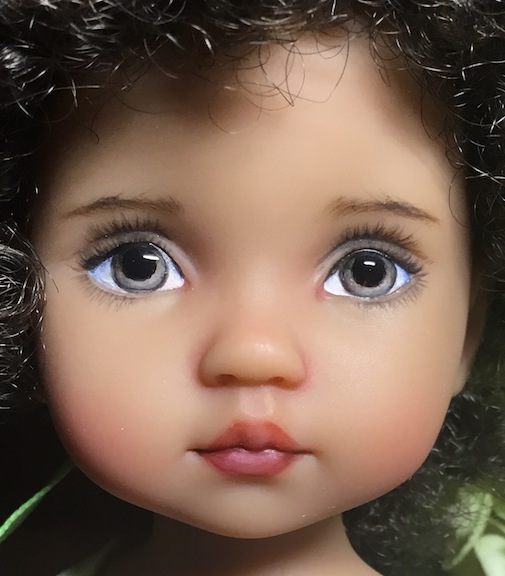 Children are very much on my mind today. Of course, the birth of the new royal baby will mean a bountiful abundance of future blogs (I’m waiting until the little lord gets a first name or two). But beyond Meghan and Harry’s new bundle of joy, children and their infinite capacity to be resilient and joyful are frolicking across my radar screen. This year, my daughter leaves behind her elementary school and all her old chums. She will be going to high school in the fall, and only four other peers will be attending that institution with her. It’s time to bid farewell to friends, and to gear up for new adventures. High school is not middle school. Teenagers are not tweens. The charm and innocence of children can be captured and preserved by some artists. April Norton is just such a magician. AprilArt Dolls are a testament to children who never age and who never lose their cheerful optimism. 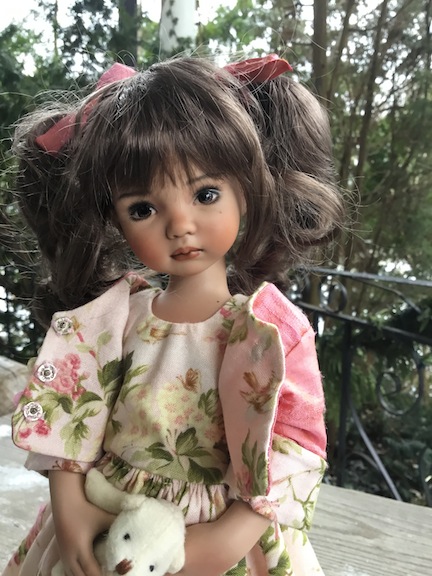 Dolls have factored heavily in April Norton’s personal life and, of course, her professional one. The Canadian artist was born and raised in London, Ontario, which she still calls home. As a child, she and her sister gravitated to playing with dolls. At that time, there weren’t video games or smartphones for temptation. Children lost themselves in their own pure imagination (with emphasis on “pure”). April and her sister figured out ways to make their own little doll companions. In fact, April still owns one of her early efforts. It’s made from socks and boasts a pair of tinfoil earrings. The make-believe cowgirl doll wears a gold satin outfit with a fringe skirt and vest. Her hat has a cardboard brim, and she is modeling black nylons. It’s a pretty remarkable effort for a second grader! 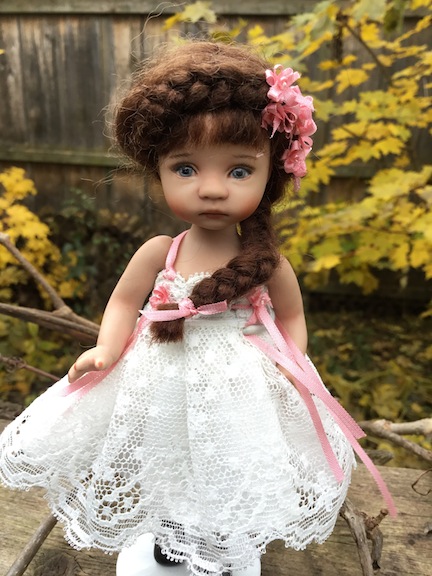 When April grew up and had children of her own, she encouraged her daughter to lose herself in doll playtime. “I enjoyed watching my daughter play with her dolls, and sometimes I’d style their hair,” she shared. It’s hard to believe but the stay-at-home mom didn’t know how to sew back then. Trained as a hairstylist, and always naturally artistic, she played dolls with her daughter, and made sure to keep them clean. She never fancied that one day she would be a sought-after doll artist. April Norton was still finding herself.

She parlayed her creative talents into a way to earn extra income for the family. Whether she was tackling macramé or ceramics, April knew that she could find a customer base for her handiwork. “I always sold what I made,” she recalled. Knowing that she had an ability that registered with people, April Norton decided that she should attempt to make a doll. She had the personal passion, the heartfelt connection, and definitely the desire to learn. 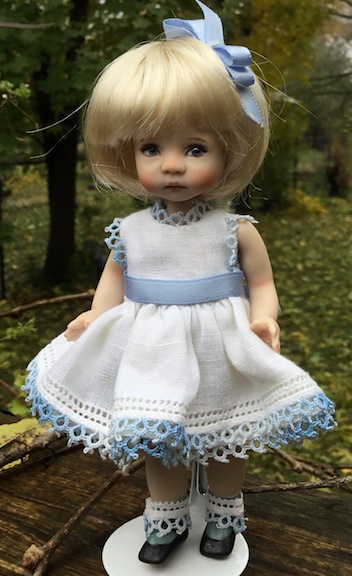 Booboo, with a fair-complexion. April Norton is working on dolls under 16 inches these days. This one is 5 inches.

While attending a local doll show, April had her creative epiphany. She spotted some fairies and asked their maker, Joanne Wilson, is she could commission one. Wilson, who became a fairy godmother of sorts to April Norton, told her no. However, she then added that April was welcome to come to her studio and learn how to make a fairy herself.

The rest is history … or, at least, fairy-tale history. April made 10 of the fairy dolls and discovered that she adored working with porcelain. She loved the feel of the medium and the way it looked when it was painted. Tapping a friend to sew the costumes, April Norton attended the doll show next time as a doll-artist exhibitor. 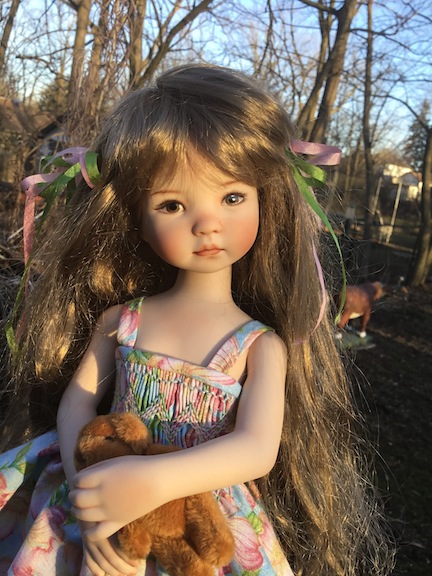 Over the years, Norton has developed a reputation as a go-to person for realistic child dolls. She has learned how to sew clothing, and has utilized that skill at times as a purveyor of look-alike dolls. According to April, “I have made doll likenesses of people’s children or grandchildren. I have made custom clothing, or I have cut down clothing that belongs to the child to fit the requested doll.”

Today, April Norton focuses on creatively changing a single doll face into a million possibilities. Her preference is Dianna Effner’s porcelain molds (Expressions). She is challenging herself to mix and match the dolls’ body parts and breaking new ground: “For instance, I’ll put a preschool head on a preteen body, but I’ll paint it a bit different so it looks older. And the same can go for the other way around. I have also been using other colors of porcelain besides the normal flesh colors.” 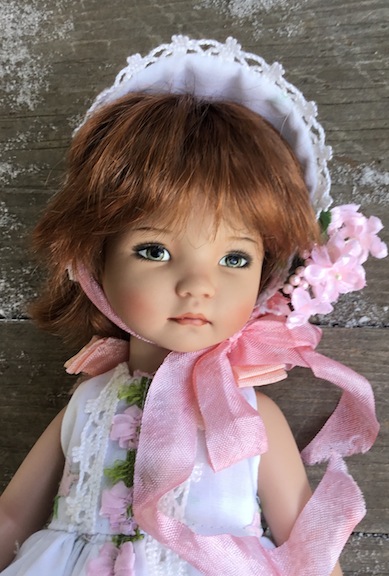 Returning to her fairy-tale roots, April Norton is revving up to make more fantastical designs. “I just love white porcelain and only make a few per year. These white-porcelain dolls will have a more whimsical or fantasy theme,” she guaranteed.

Additionally, April Norton is exploring the world of resin and vinyl dolls as well. She is challenging herself to do vinyl repainting and resin face-ups. “I have repainted several ‘factory’ convention Little Darling dolls, as well as vinyl Boneka Doll,” she stated. Collectors can contact April through her website and commission her for repaints and face-ups. 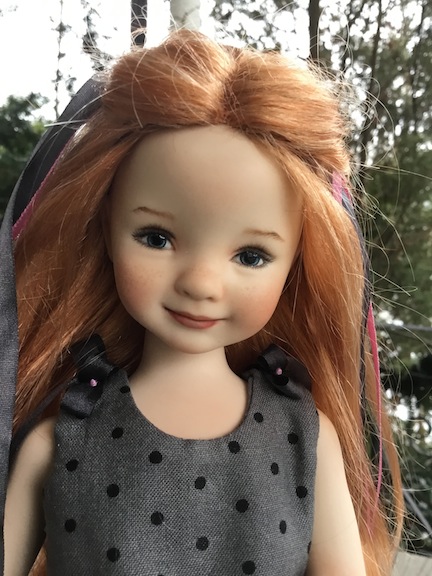 “Even though these dolls are not sculpted by me, I consider them to be one-of-a-kind art dolls,” she observed. April Norton’s loyal fan base heartily agrees!