The doll world lost one of its brightest lights Oct. 14, 2020. At age 75, Dianna Effner lost her battle against cancer and passed away at her daughter’s home in Rolla, Missouri. An undeniable force in the collectible-dolls arena, Effner was a talented artist, successful businesswoman, and valued mentor.

Two of Effner’s most notable achievements were the creation of the Expressions mold company and the Doll Dreamers’ Guild (DDG). Through these two businesses, Effner’s figural sculpts and styling approach were made available to the public at large. By creating molds that could be used by creative people around the world and by instructing master artists in her own painting techniques at the guild, Effner ensured that her legacy would remain tangible for a new generation.

“Dianna Effner will always be a part of the doll community because she was truly one-of-a-kind. Her dolls’ expressions will always be one-of-a-kind, too. No one ever duplicated Dianna’s originality, but with many of her molds available, we will hopefully always have them,” said Diane Drake, proprietor of Diane’s Doll Shoppe.

“All of the professional artists of the DDG were porcelain dollmakers. Some were teaching porcelain dollmaking when we met back in the 1990s,” Dianna Effner said in a 2017 DOLLS article. “They came to my seminars and later joined the guild as instructors of DEEP technique [an acronym for Dianna Effner Eye Painting]. I want to acknowledge my faithful DDG members who have stuck with me through the years: Lana Dobbs, Nelly Valentino, Pat Green, Joyce Mathews, Helen Skinner, and, of course, Geri Uribe, were charter members of the DDG. Tillie Drake and Gwen Peard are also charter members who have given their support through the years. Magalie Dawson is a veteran porcelain dollmaker who has joined the Little Darling team of artists recently.”

Uribe shared her workdays with Effner, creating alongside her at the doll artist’s Missouri headquarters: “She and her husband, Randall, purchased a large historic building in Jamestown for this new business, equipped with dorm rooms and a large commercial-type kitchen. Dianna loved to cook! She loved to teach and held many seminars, always wanting to share her love for dollmaking and her renowned painting techniques. Her painted-eyes techniques are part of what made her famous. Her expressive eyes and her gift for creating such innocence in each child sculpt was what drew people to collect her beautiful dolls.

“She was like a sister to me. We loved to sit in the office and just chat about everyday things. She had the most infectious laugh and such a great sense of humor. She had a beautiful voice and was part of an a cappella group called Vivid Image. I would hear her singing while she designed, and quite often she would come down the hallway singing and tap dancing. She was so cute!”

Skinner first met Dianne Effner in 2002. Throughout the prior decade, she had been using Effner’s molds in her porcelain-doll lessons. As a teacher, Skinner appreciated Effner’s handiwork. Sharing a booth with her at a California trade show changed Skinner’s life in a dramatic way.

“Soon after our meeting, Dianna informed me she had a seminar scheduled. I flew out to her studio and had the time of my life with the other students, learning from the best. I wound up doing more seminars, and was lucky enough to be a part of her Dreamers’ Guild. Through events with her and spending quality time at the studio, I got to share our love for chickens, dolls, our families, and so much more. Her open mind, and her kind, generous nature were an obvious asset to all who knew her,” Skinner said.

Green said she also feels that her time with the Effner family, along with her cohort of artists, ranks among her happiest memories: “I met Dianna around 1998 at a doll show in Kansas City, Missouri. She was a very generous lady. She was always willing to teach you what she knew. My friend Lana Dobbs and I wanted to learn her way of painting those beautiful eyes. We all learned on her porcelain doll heads. We would paint about five in one week. She also had a couple of sculpting seminars. She was always coming up with different projects to teach us, such as printing on fabric, decorating shoes, dying silk ribbons, pressing little paper-clay dolls in her molds. Dianna has a big history in the doll world.”

In 2008, Effner reached out to Dawson after seeing her doll fashions and clothing patterns. “At Dianna’s urging, I created a line of patterns for her Little Darlings and we worked together on limited-edition dressed-doll collaborations,” Dawson said. “Over time, she became a mentor to me, and in 2015 she worked with me to develop the painting skills to become an artist authorized to paint the Little Darlings.

“I first met Dianna in person at the 2019 Modern Doll Collectors Convention (MDCC) in San Antonio, Texas. It was wonderful! Being a member of Dianna’s guild is something that I cherish. Her dolls are simply beautiful, and they represent realistic, innocent-looking children. Also, the Little Darlings are very special because they are individually painted by Dianna’s approved artists. Each one is a work of art.”

The MDCC’s registrar, Karen Schoewe, also has treasured memories regarding the artist. “I met Dianna for the first time when Modern Doll was fortunate enough to contract with her for our 2016 Convention in Louisville, Kentucky. I was in awe when I met her, but she was warm and personable and very approachable! She also hosted the first of our Chats with Dianna and the artists of the doll studio. She was very concerned that everyone who attended would be comfortable, even making sure we had coffee and donuts for them all! She patiently answered every question and didn’t mind if we ran over the allotted time. It’s a real treat when an artist is willing to mingle with her fans.”

Mathews’ first personal encounter with Dianna Effner was in Washington, D.C., in 2003. Though Mathews was familiar with Effner’s reputation, she had never spoken with the artist until they both attended the Doll Expo. “Over the following years, there were many lessons, doll shows, and trips to Jamestown,” she said. “I became a member of her Doll Dreamers’ Guild and was certified to paint her dolls. Just walking around her studio early in the morning, studying her extensive collection — the eyes, the costumes, the expressions — these were valuable lessons. She loved dolls as we did and always had new ideas, character stories, and goals to share with us. I was even privileged to accompany her to a doll show abroad with a side trip to Bath, England, where we shared our additional love of all things Jane Austen.”

Dianna Effner’s dolls remain a touchstone for unleashing creativity among her collectors and her fans. Costumer Kalypso Parkis is one of those admirers who was inspired by Effner’s dolls and their innocent, wholesome appearances: “Ten years ago, I started sewing for other brands’ dolls. Then I was on eBay and saw the most beautiful doll. I couldn’t believe the detail in the painting. I did research and found Effner’s Doll Studio website. After I received my first Little Darling, I fell in love with them. I began to sew for them, creating one-of-a-kind (OOAK) sets and unique dresses. Dianna Effner is greatly missed, and her dolls will always be close to my heart.” 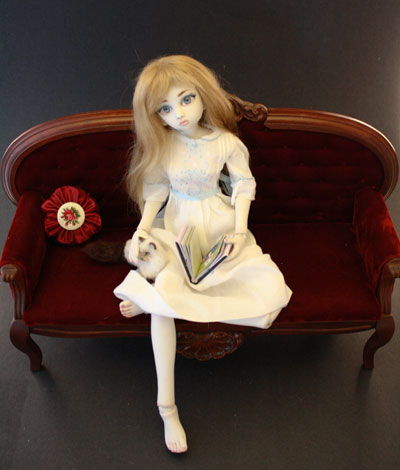 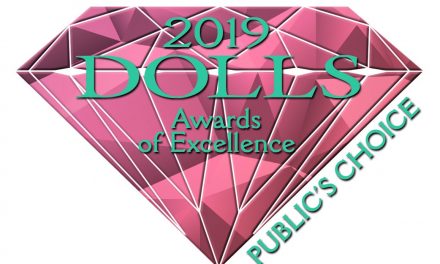