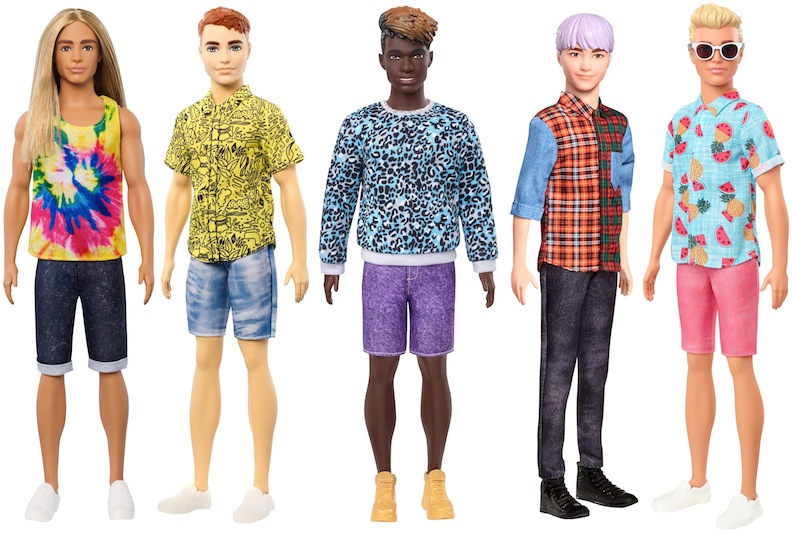 If he were turning 45, I’d say it was a midlife crisis, but Ken is hitting the big 5-9. A year shy of 60, Kenneth Sean Carson has thrown caution to the wind and has let his hair down, literally and figuratively. He’s no longer afraid of bold fashion colors, zesty floral patterns, or jaw-dropping hairstyles. He’s a man who has finally come into his own. I guess it took several decades for him to find his own two sneaker-clad feet.

Ken began his life on March 11, 1961, as a boyfriend to Barbie. Just as creator Ruth Handler named the swimsuit-wearing sex symbol after her daughter, Barbara, she turned to her son for Ken’s first name. The doll was introduced to familiarize young girls with the conventions of dating, going to prom, looking swell in a convertible, and eventually buying that dream house with a dream date.

The male counterpart to Barbie wasn’t particularly flashy. Remember, he was taking his first bow during the teenybopper phase exemplified by Tab Hunter and Troy Donahue. Girls swooned for guys who appeared clean-cut and sported crew cuts. Ken followed that same all-American, square-jawed, blond good look. He was the ideal companion to a teenage girl fashion doll. If Barbie needed to be squired to opening nights or after-school pep rallies, Ken provided the arm for her to lean on.

Over the years, Ken has assumed many roles. Just like his girlfriend, he never seemed to find himself career-wise. He seemed to drift aimlessly from job to job, gleefully working as a surfer or a construction worker, a pilot or a barista. No position ever seemed to be beneath him, and Mattel assigned Ken the “beach bum” description on more than a dozen occasions.

Ironically, as the women’s movement grew in power and persuasion, Ken’s résumé became more vague. Barbie was growing bored with “girl stuff” and was hankering for the boardroom. Yes, as Barbie became an FBI agent or a corporate CEO, Ken got packaged as a tourist, escort, and a disco dancer. However, his most controversial incarnation was 2009’s Palm Beach Line.

Conceived for the adult collector market, Ken was branded as a “Sugar Daddy.” Yep, that term is suggestive, and -eople complained about Ken being cast in such an illicit role. The Mattel PR department was quick to explain that the fans were misinterpreting the intent — this new Ken had a West Highland terrier dog named Sugar. Therefore, Ken was Sugar’s daddy!

The storm of criticism was nothing new for Ken. It’s hard to be a plastic man living in a vinyl woman’s kingdom. Barbie was given bendable arms and legs, a twist-and-turn waist, and even hair that could magically grown from her scalp. Poor Ken remained pretty much unmovable, except for his head that could turn right or left. He was stationary and staid. I supposed that’s why he got entangled in the earlobe scandal.

In 1993, Mattel released the Earring Magic Ken. The creative team said that it was a salute to the fad of men getting their ears pierced. However, critics pointed out that the doll and his look seemed to be reflective of the gay community. Concerned parents threatened to protest and picket, so the doll was quickly pulled from toy store shelves.

Just as Barbie eventually mirrored other races and skin hues, Ken has evolved into different ethnicities and appearances. The Fashionista line, which is all about body diversity, has welcomed Ken into its fold. It’s in these new guises that Ken appears the most laid-back and loose. He’s finally found his footing as he’s developed a bit of swag and bravado. He now appears to be “a man in full,” as author Tom Wolfe once wrote.

To that end, the Mattel scriptwriters have given him a dash of brainpower to go along with his brawn. His bio now includes how he loves to tinker around the dream house and dream up inventions. Plus, his innovations actually work! They’re not just goofy pastimes. Ken is like Albert Einstein with sculpted abs!

Additionally, the popular Dolls of the World collection finally issued a virtual passport to Ken. Up until 2010, only Barbie was invited to travel the globe in different folkloric costumes and distinctly recognizable accessories. In 2011, Ken crashed the old girls’ network and became Japan Ken. There was even a new facial mold for this brand-new identity.

Ken has had a checkered life and, at times, a thankless role to play. It’s hard to be the supportive partner to a superstar. Look at how many Hollywood couples crash and burn. For every eternal love story like Paul Newman and Joanne Woodward’s, there are more breakups like Gwyneth Paltrow and Brad Pitt, Jennifer Aniston and Brad Pitt, Angelina Jolie and Brad Pitt. (Hey, I’m starting to see a pattern here!) So, it wasn’t surprising that in 2004 the duo bid adieu to one another. Mattel had a field day chronicling how they were both taking time apart to discover what life was like on their own.

Apparently, the two star-crossed lovers realized they were better together than apart. Just like Liz Taylor and Richard Burton came to that calculation, as did Sonny and Cher, and Don Johnson and Melanie Griffith, the pair reunited in 2011. After taking out billboards in New York City, to coincide with the big international Toy Fair, Ken officially won Barbie back on Valentine’s Day.

It’s been a crazy ride for Ken. No matter what uniform he’s assumed, or what clothing he’s chosen to don, one thing has always remained consistent — he’s been cast as a figure of romance. Ken has always worn his affection for Barbie on his sleeve — whether they were the long sleeves of a tailored suit or shredded ones to showcase his muscles. When it comes to loving his better half, there’s nothing else that Ken can do! 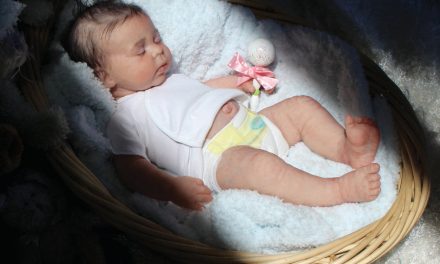 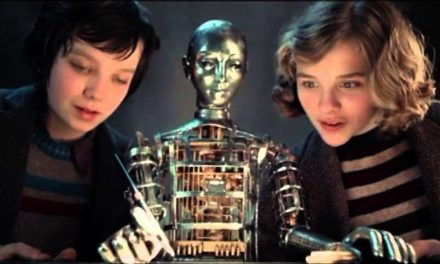 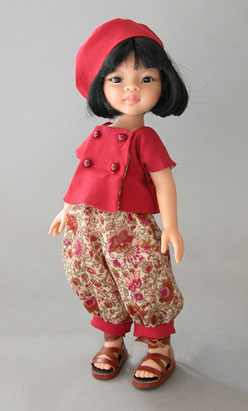