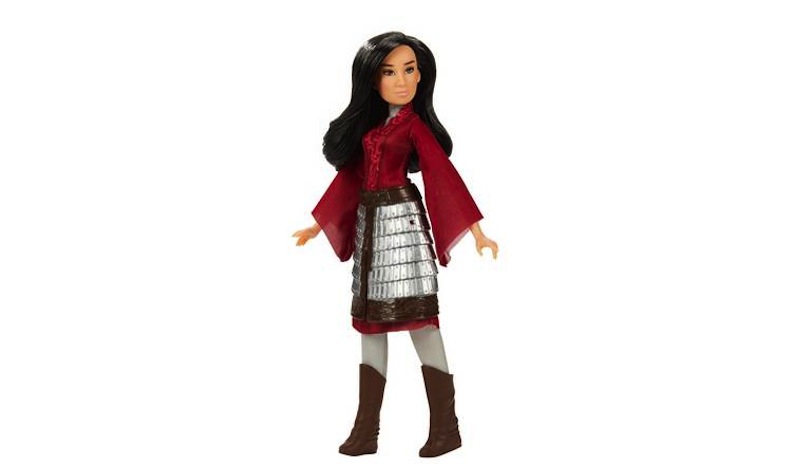 In my house, the animated film “Mulan” has always been a family favorite. My daughter was adopted from China, and she grew up as a tomboy. She would play Dungeons & Dragons with her older brother and friends, and was always top-notch at dreaming up monsters, villains, and heroes. So it makes a great deal of sense that she gravitated to the Mulan character in the line of Disney Princesses (Belle from “Beauty and the Beast” was her second choice).

Now, with Disney going back into its vault to turn cartoons into live-action adaptations, they have decided to give the human-actor treatment to “Mulan.” My daughter and I saw the “Beauty and the Beast” conversion, and, frankly, I preferred my Belle and her spellbound prince in animated form. There was something more whimsical and more endearing with the characters inked and drawn. With a huge apology to Lumière, the real-life, heavily made-up performers just didn’t hold a candelabrum to the original drawings.

One truth that remains self-evident — despite any kind of film upheaval — Disney is going to license their properties, and dolls will be made! As it has done for the last few years, Hasbro is manufacturing the character conversions. Liu Yifei tackles the heroine of the 2020 film, and globally popular actress Gong Li is portraying a shapeshifting witch. That’s a new addition to the storyline. Apparently, there are many new characters and relationships popping up in the new ideation. Well-known, box-office stars, with Chinese roots, are filling these roles. Jet Li, Jason Scott Lee, Rosalind Chao, and Donnie Yen are some of the veterans stepping into familiar and unfamiliar roles.

Yes, in turning the female-empowerment story into a martial-arts-inspired epic, Disney decided to ax a whole bunch of characters. The fast-talking, comedic sidekick Mushu the dragon has been eliminated. Voiced by Eddie Murphy in the original — he sounds like a lizard version of his Donkey character in “Shrek” — the fire-breathing reptile fell flat with audiences in China and other Asian territories. Disney decided to ensure that this production is culturally sensitive, and followed the dictates of the Chinese studio executives and distributors.

The cartoon version of Mulan was fascinating because the cute-as-a-button heroine had to transform into a fresh-faced male youth. Like many of the more recent Disney Princesses, Mulan is much more than she appears on the surface. She’s opinionated, headstrong, and goofy. While the other maidens in the village walk in a perfect line to meet the matchmaker, she stumbles and falls. She careens from spot to spot because she is not capable of following the rules and a predestined path. She is meant to forge her own.

Accompanied by the heartfelt ballad “Reflection” (belted by Broadway legend Lea Salonga), Mulan lets viewers see into her private woes. She wants to be a “perfect bride” and a “perfect daughter.” However, she knows that she’s different, and her real self could disappoint her family. “When will my reflection show who I am inside?” she warbles. In order to save her father, who is frail and injured, from being conscripted into the army, Mulan shows what she is truly made of. She slices off her long raven hair and assumes the wardrobe of a boy. She masquerades as Ping, a young lad who is going to serve in the Emperor’s troops. The Disney live-action film keeps this premise — it’s the basis of the Mulan myth — but the boy character is no longer called Ping. That was considered offensive. In the new film version, the boy is named Hua Jun.

As one of its initial doll releases, Hasbro has created a doll and accessory set fittingly called “Two Reflections.” The doll, which does resemble the actress Liu Yifei, has two very distinct wardrobe choices. She comes with her military armor and weapons, as well as her lovely silken gown. She can easily flit back and forth between soldier who will save her nation, and daughter who wants to win the respect of her father. For those of us who really loved the animated story, we know that Mulan is also fighting to proudly stand before the man she adores. However, the new script has “flipped the script” on this forbidden friendship. The romance between Mulan and her army unit’s captain, Li Shang, has been scrapped.

The Li Shang figure — acted by B.D. Wong and sung by Donny Osmond — has been given his marching orders. He is not in the live-action screenplay. This is interesting because the premise of a girl masquerading as a boy and then discovering her soul mate, is a tried-and-true comedic premise. Shakespeare had many a character find her true love while she wore trousers and hid her hair. Likewise, in “Yentl,” Barbra Streisand discovers the man of her dreams while she is disguised as a beard-free adolescent scholar. From “Some Like It Hot” to “Tootsie,” movies have frequently shown how a character can grow, evolve, and learn to be a better version of him- or herself while dressed as the opposite gender. If they find love along the way, the audience is happy to witness a rom-com, and know that the mix-up will be sorted out by the finale.

In Disney’s animated “Mulan,” the affection that she feels for Li Shang has to be hidden away, until she can reveal who she truly is. The young girl who always fretted about not matching what she sees in the mirror has now shattered any connection between her outward appearance and her true identity. It’s pretty heavy stuff for a cartoon. Her outward reflection morphs into internal self-reflection, and young kids get that feeling of worrying about conforming and meeting expectations.

For the 2020 live-action release, the Disney executives decided that the #MeToo movement would frown on a recruit feeling something for her captain. The producers were concerned that the imbalance of power between a young draftee and a superior officer was too hot to handle. The love story has been rewritten, and the animated heartthrob is put out to pasture.

Characters come and go; storylines grow and contract, but dolls remain forever. It will be fascinating to see how these 2020 movie tie-ins fare compared to the animated Disney Princess versions. Mulan has always cropped up in the different versions of outfits and styles that Hasbro debuts each year. It will be interesting to watch and see if the cartoon character has more clout and staying power than her human-actress counterpart.

I suspect that the animated original will remain victorious at day’s end. Even though the live-action version has novelty and newness on its side, you can’t dismiss the power of childhood personalities. Animated Mulan has helped to shape a generation of moviegoers, DVD watchers, and cable-TV subscribers. Released in 1998, the cartoon heroine and her collectibles have had an iron fist on toys and imagination for more than 20 years. I think the battle is a victory for the Disney Princess doll in all of her resplendent and diverse wardrobes.