Entertainment, Publishing, Inspiration: Those three words are what the “EPI” in World of EPI stands for. Dr. Lisa Williams had already built a stellar career in academia before she founded the company in 2003, having earned her Ph.D. in marketing and logistics, and becoming a tenured professor at Penn State University’s College of Business. Then she saw something that changed the course of her life — researchers were replicating a famous doll study originally conducted in the ’40s by Kenneth and Mamie Clark.

“I was shocked to find out that even as recently as 2010, that children were still feeling that the black doll, in this particular example that I saw, a little black girl — beautiful black girl — would say she didn’t want to play with the black doll because its skin was nasty; that touched my heart. But then she touched the back of her own hand when she said it, as if to indicate that her skin was nasty, too — that’s what broke my heart. It’s been over a decade, and it’s still very much present with me,” Williams said.

“I had an international reputation, I had doctoral students that would support all of my research desires, I was teaching executives and Ph.D. students and MBA students. So when I say life was good — life was really, really good. I had a job for life — it was a lot of work, but it was a really wonderful job. But when I saw that little girl say that the doll was nasty and implied that her own skin tone, by touching it, was nasty, I cried. Nothing else mattered to me. I had to do something to make sure she had a doll that reflected her beauty.”

Williams went all in on World of EPI, leaving her academic career behind and taking on debt to support the company in its early days. “I entered an industry where I had no mentoring, I had no experience, I had no background,” she said. “I had never worked for any of the toy companies, I had never taken a class in anything related to toys or dolls, and I took this leap of faith. And it was very difficult. I leveraged my credit cards, leveraged my retirement, and I leveraged my house. And the first few years I lost. Not only did I lose my house, my car — ’cause I was driving a really expensive car — all of that went out the window, and ultimately, I had to file for bankruptcy. But even in all that, those really hard days, I kept saying, ‘you have to do it.’ It wasn’t an option to quit.

“Loving friends would tell me, ‘you should just quit and go back to being a professor, you could always become a professor.’ And I knew I could go back. But it was something in my heart that said, you can’t go back, because if you go back, that little girl is still gonna believe that her skin tone is nasty. She just is. She’s still gonna believe that her face is not beautiful. She just is. But if you can just keep going, keep going, keep going, you’ll be able to produce the dolls that will let her know who she really is.

“There were many nights I’d go to bed and say, OK Lord, that’s it, I’m done. I’ve given everything — I’ve given my money, I’ve given my retirement, I’ve given my house, I’ve given my energy, my intellect, I have no more to give!’ But then I’d wake in the morning and get an order from someone, or just get a nice note from someone saying ‘thank you so much, I love your dolls, my daughter won’t leave the house without her doll.’ When you hear that — yeah, you still don’t have any money in the bank, the bill collectors are still calling, but you know somewhere in the world, one little girl is identifying with your doll so much she won’t leave the house without it. It’s that little victory that keeps you going to the next day.”

World of EPI’s first doll line, Positively Perfect, for younger children, was released in 2009. These toddler and 18-inch child dolls were joined in 2017 by The Fresh Dolls, a line of 11.5-inch fashion dolls. “We have dolls for every age group, and we have girl dolls and boy dolls, and in [every line], we have multiple ethnicities,” Williams said. “Every sculpt we do is unique to the ethnicity. We consider each of our facial sculpts to be individual works of art. Our Caucasian sculpt is very different from our African American sculpt which is different from our Asian sculpt. We just really want to make sure that a child, regardless of their ethnicity, can find a doll that looks like them and that will inspire them. So that we’ll never — I pray I never hear a child say they don’t want to play with a doll because the doll’s skin or the doll face does not represent them.

In addition, the company has licensing agreements with Disney and Rock the Bells, a hip-hop lifestyle platform founded by LL Cool J. “We are the master toy license for Disney’s The Proud Family,” Williams said. “We have brought out Penny Proud, the series’ iconic lead character, along with her best friends, LaCienega and Dijonay, as fashion dolls, and then we have two figurine sets where you can get every character, from the mom, Trudy, to the dad, Oscar, to even Suga Momma and her favorite pet, Puff.

“We have another master license with Rock the Bells — right now we have two dolls that represent hip-hop culture. Hip-hop culture is a lifestyle of inspiration. I know people right now think of rap and they think of things like gangster rap — very violent — but that was not the original hip-hop, because I’m one of that generation. It was all about inspiration and overcoming the odds to succeed — that was the true messaging behind original hip-hop.”

In addition to the Rock the Bells dolls, Williams said World of EPI has other projects in the works: “We have these great brilliant, vibrant coloring and activity books for kids — some of the illustrations are by J. Pierce, who is another amazing artist that works with Rock the Bells. It’s an honor to bring this inspiration that I grew up on to the next generation. It’s just another way of inspiring children, and that’s our ultimate goal.” 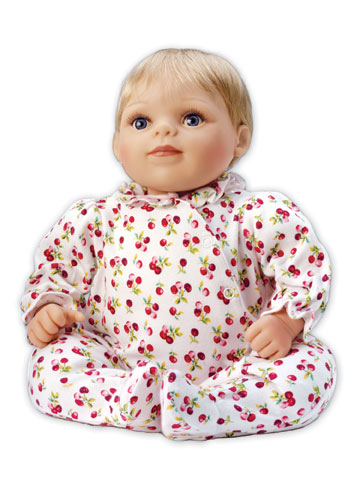 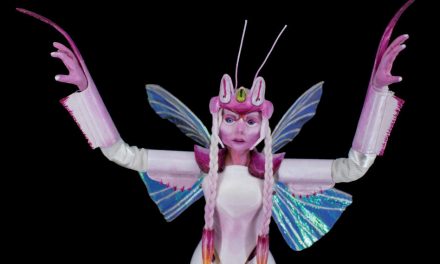 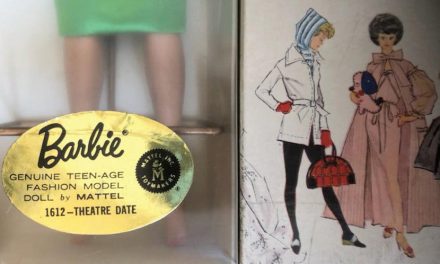 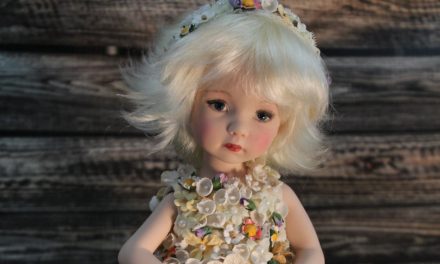