“I started in 1975 to sculpt hundreds of OOAK dolls out of an air-drying composition medium,” she said. “This was important, because it allowed me to develop my very own style and signature. My first cooperation with a doll factory was in 1982 with Zapf, in Germany.”

A deal with German dollmaker Goetz followed in 1989, which produced her Fanouche line of full vinyl dolls; she worked with Goetz until 2003. Spanish Company White Balloon began producing another vinyl play doll under license with Natterer in 2000. The company closed its doors in 2003, “but this lovely and fully posable doll has now its third revival,” Natterer said.

“From 2006 to 2014, this doll with the collection name Minouche was produced by Käthe Kruse in Germany. After KK was sold to Hape Toys in 2014, I gave French company Petitcollin permission in 2015 to produce the Minouche doll and four other types: the Finouche, Starlette, Bibichou, and Minette dolls. Petitcollin has been producing dolls since 1860!” Between 1982 and 2014, Natterer also designed more expensive collector dolls for U.S. company’s Franklin Mint and Alresford, Italy’s Dolfi, Sekigucchi in Japan, and Germany’s Zwergnase. “The dolls they produced, using my name and logo, were not play dolls. In my studio in Austria, an old village schoolhouse, I have also manufactured hundreds of collectible porcelain dolls which have found their collectors all over the world.” 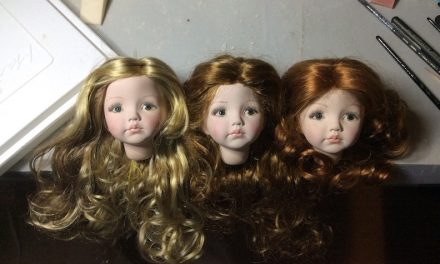 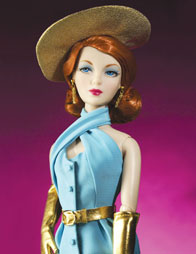