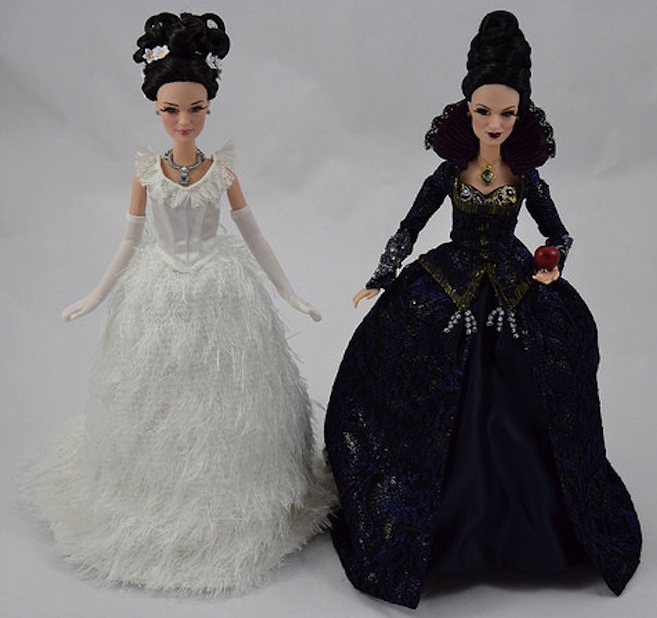 The rare official dolls for “Once Upon A Time,” limited to only 300. Courtesy of D23 Expo

Over the years that I’ve been blogging for The Doll Chronicles, I’ve always loved to discuss what entertains me on the old, reliable flat-screen TV. In my defense, it’s not just what is occurring on the television set. Nope, it’s also what is being inspired by the images that flicker into my home every night of the week. One of the shows that most delighted me was ABC’s “Once Upon A Time.” 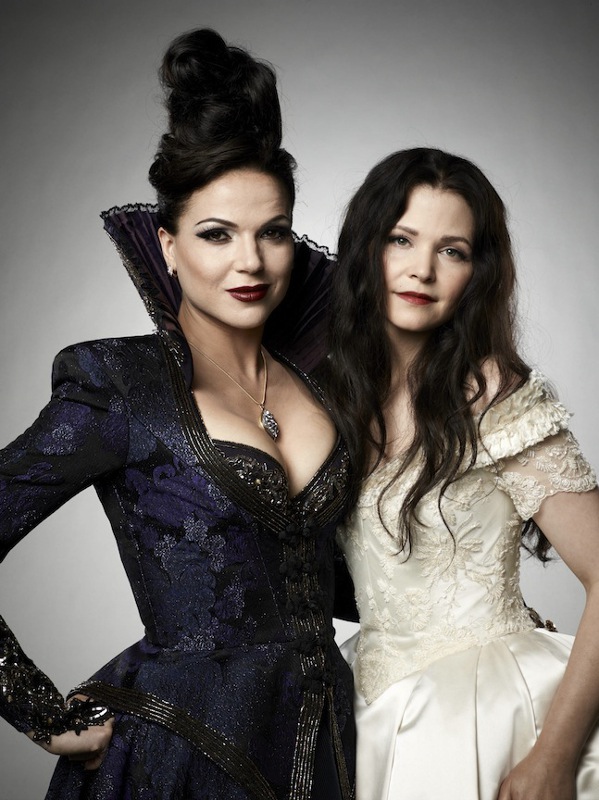 Yes, the program could be hokey at times — and, yes, it could sometimes be a bold and beautiful mess — but it was a show that united me with my children. It functioned like a bedtime-story version of “Peyton Place” — filled with twists and turns, shocking behavior, histrionic acting, and unexpected denouements. 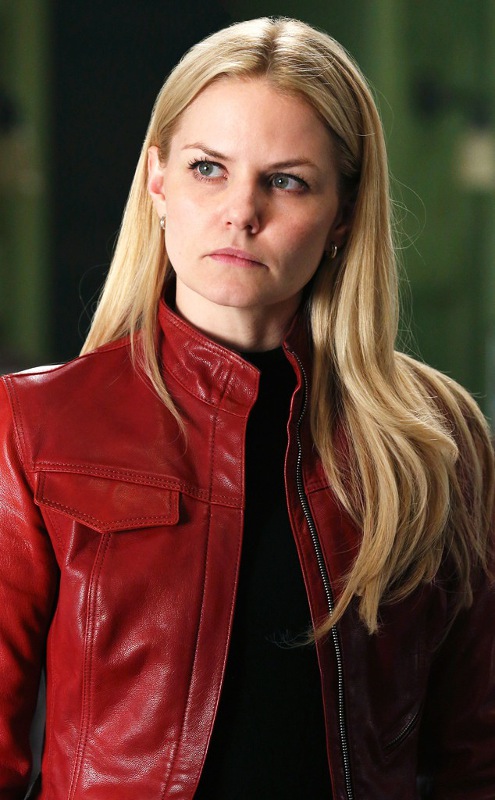 The series was a guaranteed 45 minutes (we DVR’d it to speed through ads) that allowed us to sit together and watch the epic romances, sprawling battles, kooky misunderstandings, and cursed misadventures that befell the bewitched citizens of Storybrooke, Maine. 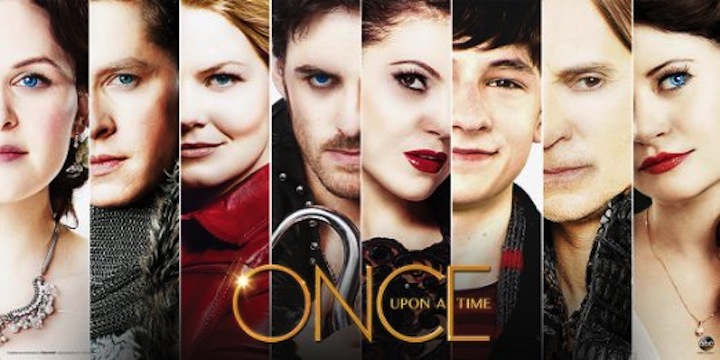 The OUAT cast, which had been growing larger every season.

With its intricate family tree — it seems that everyone in Storybrooke was either related to everyone else, or destined to be in a life-and-death feud with everyone else — it was a perfect way to keep viewers on their toes. Forget about passive TV watching; one had to remember six seasons’ worth of marital infidelities, secret engagements, wedding fiascos, and covert adoptions to follow along in any single episode. This was akin to Sudoku and crossword puzzles, pastimes that are alleged to help stave off mental atrophy. 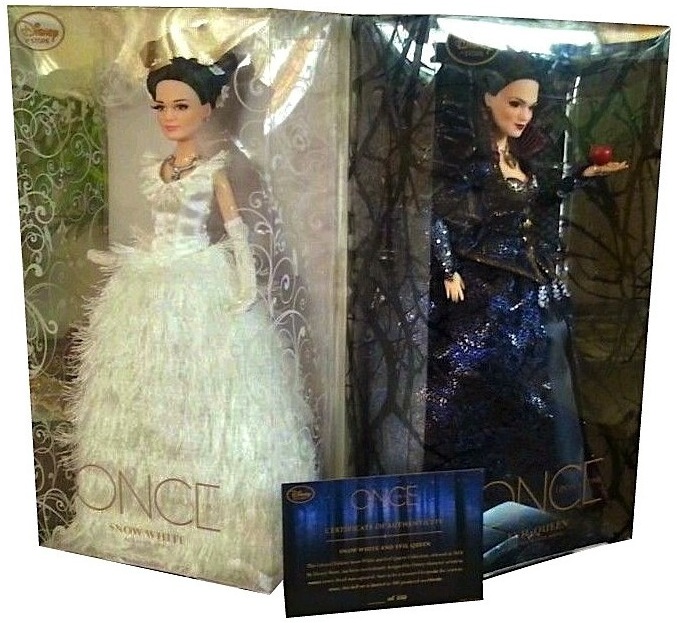 The kids loved “Once Upon A Time” (or OUAT) so much that I always wondered why there weren’t fashion dolls or action figures of the characters advertised during the program. It would be a captive and susceptible audience, for sure, and the demographics of its viewership (women, pre-teens, gay men, and more women) are the ideal consumers of collectibles — especially dolls. Apparently, the D23 club — the official Disney Collectors organization — released a limited-edition version of the Evil Queen, Regina, and Snow White, which was available at their convention in August 2015. 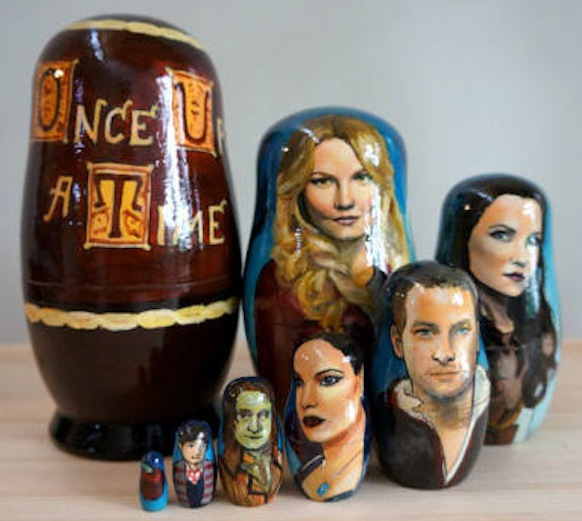 Even though the dolls were never manufactured by Mattel, and distributed internationally at big-box stores or toy outlets, that didn’t stop fans who were artistic and entrepreneurial from creating their own OUAT tribute dolls. I’ve always appreciated the immense talent displayed by face-up and re-paint artists. Some of their OUAT transformations are truly magical — befitting a show about witches and warlocks, spells and saviors. What has made me blog about it this particular week is that more than half the show’s cast has decided to bid adieu to their sorcerous stomping-grounds. 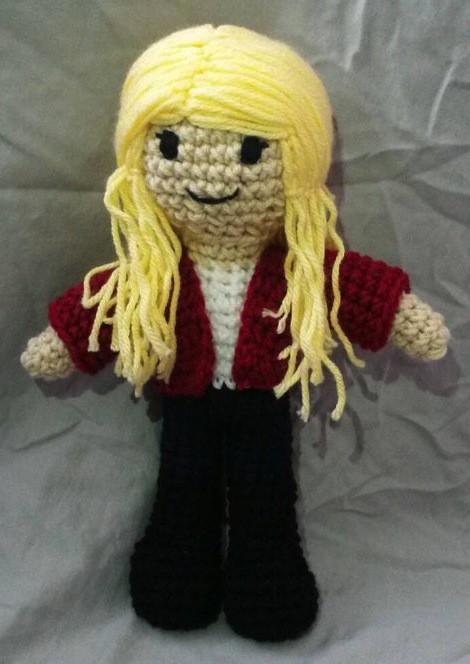 Many of the most popular characters are exiting the show and will only be coming back for one or two episodes next season. The departing cast members/characters are Snow White (Ginnifer Goodwin), Charming (Josh Dallas), Henry (Jared Gilmore), Belle (Emilie de Ravin), and Zelena (Rebecca Mader). Normally, this many heavyweight characters exiting from a show — all at one time — would spell disaster and cancelation. 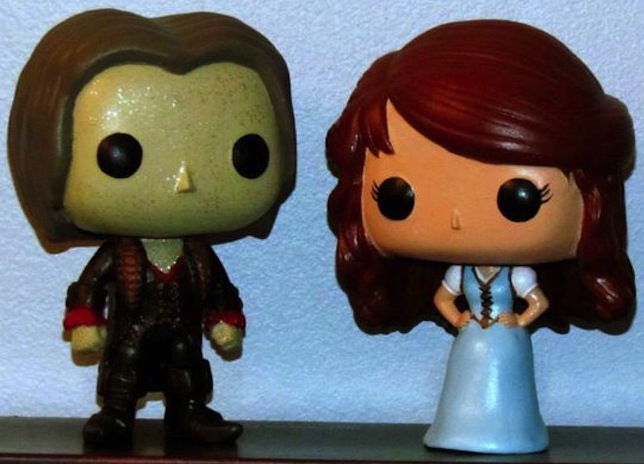 The House of Mouse Designs does a makeover of the Gold and Belle Funko dolls.

OUAT’s producers and creators, Adam Horowitz and Edward Kitsis — are going to pull out all the stops to try to save this show. The same way that OUAT featured Emma Swan as the Savior of all fairy-tale realms, Horowitz and Kitsis are now going to go into hyperdrive to rescue their baby from ending up in the ratings dump. 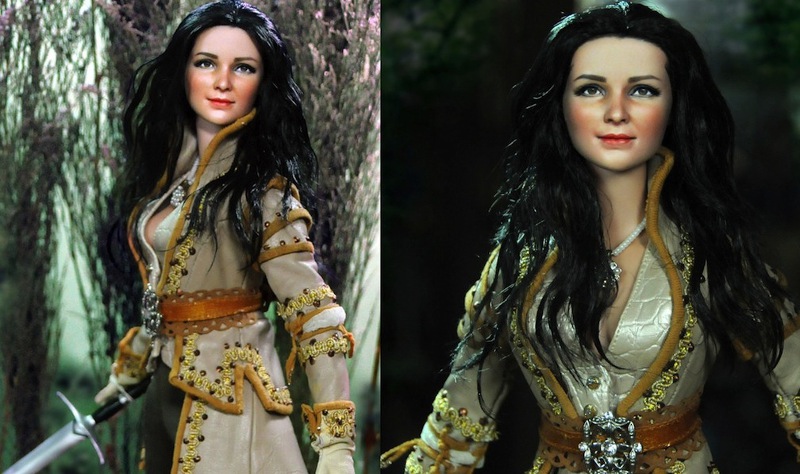 Perhaps now is the time to unveil some licensed dolls of the departing characters so viewers can preserve their memories and likenesses. Or, if newly introduced characters can bond with the fanatics who will continue to watch — let’s face it, ratings are going to trend downward; only the truly committed will return to give it a second chance — maybe now is the time to mount a bolstering, collectible tie-in campaign. 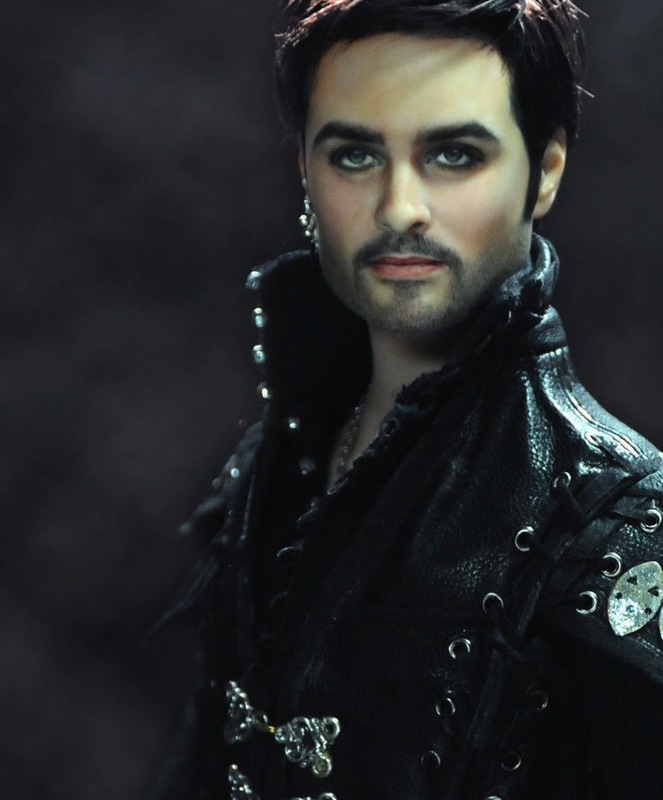 When my family and I were fortunate enough to go to Disney World back in 2013, we were in the midst of OUAT mania. Both children were devoted to the storyline and waited for each episode with bated breath. However, as we toured the gigantic Orlando park, we never once encountered any OUAT rides or attractions. There was one very cute teenage ticket taker who had “Storybrooke, ME” listed on her ID badge as where she hailed from. That was the only salute to the series. 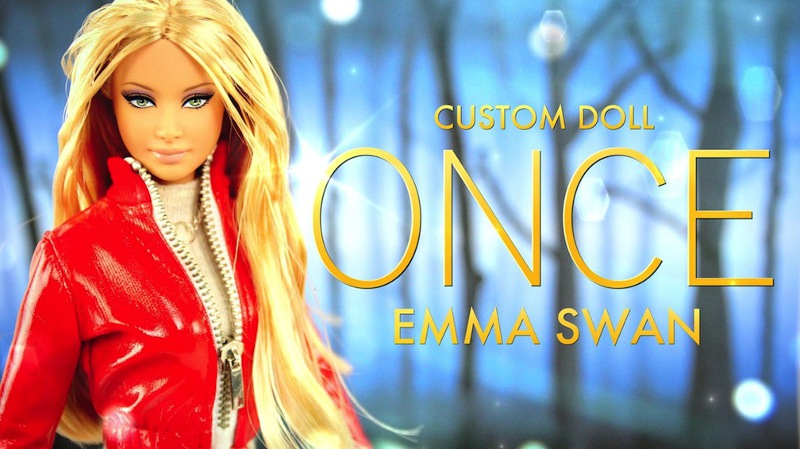 The curious absence or deliberate void made me wonder why OUAT was the unspoken/unpublicized stepchild of Disney merchandising. We all know that Disney and ABC are corporate siblings, so why did they shy away from selling any souvenirs of the show? (Dolls? None. Emma’s trademark red jacket? Nope. Snow White’s Wanted Poster? No way.) 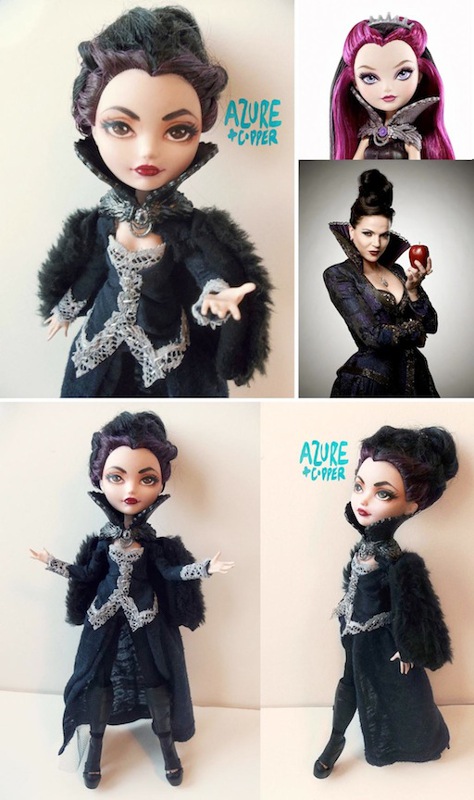 Samantha Russell, of Azure and Copper, created the Regina doll.

Now with the show most likely facing its final sunset — I think next season will be its last, which is sad — the promotional opportunities might have faded away. A way to unify its viewers as collectors and fans has been diminished. 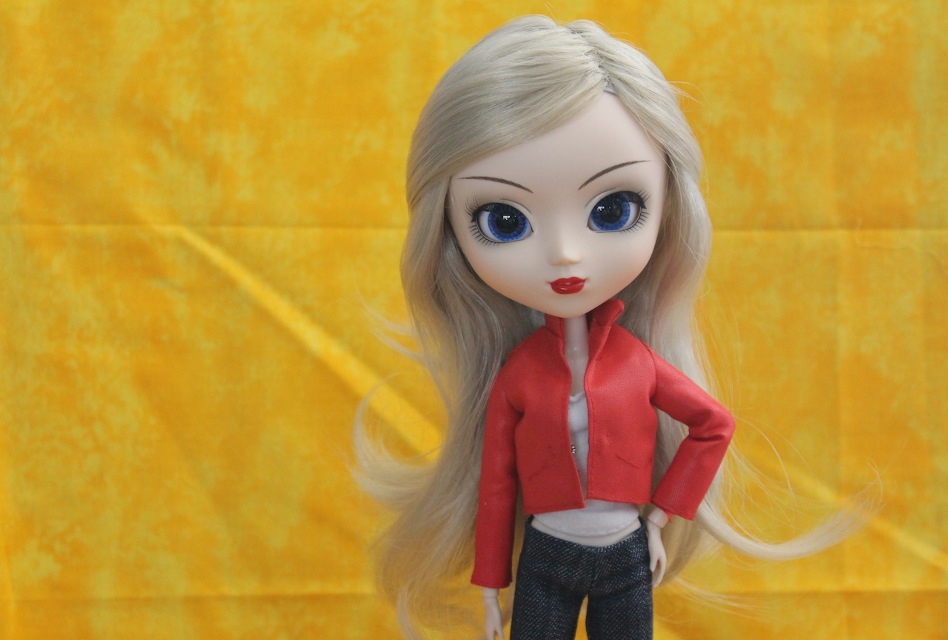 It does make me a little wistful for how delighted we were to first stumble upon “Once Upon A Time” six years ago, and how the derring-do and surprising web of connections were entertaining and fascinating. With the announcement of the mass celebrity exodus, it looks like this modern take on Grimm’s fairy tales will just be all-around grim. 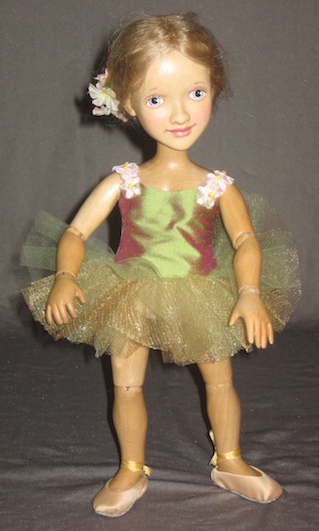 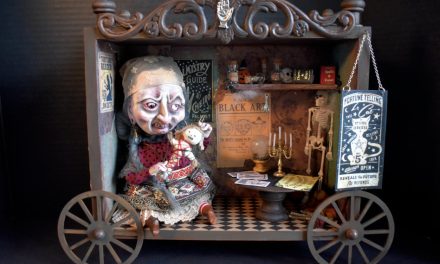 Marianna Nardin’s Dolls are Delightfully Outside the Box