My friend Cam and I have a weekly ritual. For us, it holds the same allure as a Victoria’s Secret runway show has for Charlie Sheen and Drew Carey. (Yup, the eyeglass-wearing comic is notorious for his model-chasing ways! Go figure.) It’s the equivalent of Monday-night football for “Cheeseheads” and “Gang Green” fans, “Big Blue” diehards and feisty folks who have sworn allegiance to the “Patriot Nation.” I’m talking about “Hoarders” on A&E, an absolute swamp for the senses, but somehow it functions 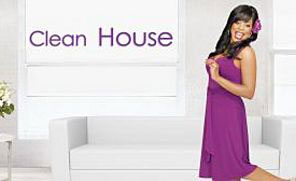 like a siren call for collectors who always fear they are simply one purchase away from being pulled into this pull-no-punches documentary. (By the way, it’s the king of these gawking-at-garbage programs, outjunking “Buried Alive,” “Clean Sweep,” and even “Clean House,” despite the effusive Niecy Nash on board.)

This season, “Hoarders” has been on a roll, and it seems to be especially anti-doll and toy collecting. In years past, Cam and I have sat in stunned silence as we’ve watched tons of debris carted out of a three-room trailer. We’ve moaned in horror as we’ve witnessed skeletal remains of cats and squirrels buried amid the trash and junk that explodes out of the bathroom. Occasionally, we’ve felt pangs of empathy when we’ve seen home renters facing eviction because of “collections” that have sprawled out of control. Normally, we could tsk-tsk and shake our heads in disbelief because, face it, who in his or her right mind would ever amass such a huge collection of pocketbooks, or swimsuits, or TV guides, or inoperable microwaves. (For some odd reason, microwaves seem 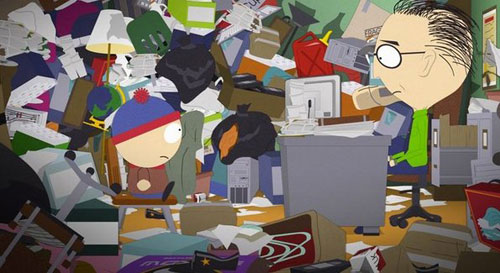 to be a recurring motif in the hoarder homes. I’ve watched as elderly women have mimicked Carl Lewis in their ability to broad-jump over stacked, broken microwaves that form gravity-defying towers in forgotten kitchens and hallways. There is such a sense of absurdity at times that the setups are ripe for parodying, which the boys from “South Park” did with glee. And so did “Glee” this year, with two racy references to the show.)

The program has always had an almost hypnotic ability to convince Cam and me (and several million other loyal viewers) to pledge to clean more and clutter less. And truth be told—I always find myself tidying up and dusting and sprucing as soon as the show ends. Cam and I always say, “There but for a total breakdown in reality go I!”

This year’s rash of episodes, however, are cutting too close to home. The last two weeks have focused on people who have filled their houses—and their lives—with dolls and games. One of the collectors was a female senior citizen who was quite disconnected from her 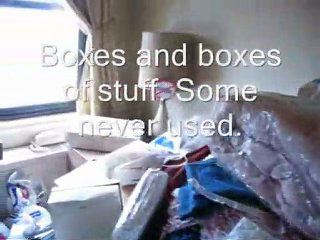 own real-life children: she preferred the company of her dolls. The other collector was a rather domineering older man who had amassed several storage sheds’ worth of board games, toys, and dolls. Both people did the bulk of their buying at flea markets and tag sales. The lady in question was not discriminating. She seemed to go out of her way to find dolls that needed mending, repairing, and caring. (She lovingly detached hands from one doll and gently sewed them onto another, calling it “necessary surgery.”) She was definitely nurturing her purchases. Her male counterpart only sought MIB dolls and felt they were going to be his nest egg for when times got rocky. Both people were regarded as problematic and in need of therapy, according to the show’s experts. (Normally, these are a very chirpy female psychotherapist, a rather sincere, soft-spoken male psychologist, assorted professional organizers who specialize in OCD, and a band of hard-nosed, strong-armed cleaners.)

Watching the show is fascinating for me because I work in the very industry that is at the crux of so many of these televised problems. I 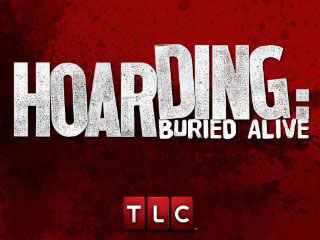 work in the collectibles field, and I’ve seen people pin their dreams on resale values that never occur. (That’s why the cardinal rule is to collect ONLY what you really love and can afford.) These poor souls who are profiled on “Hoarders” have stopped buying what they love and what they can afford: they’ve spiraled into acquiring out of need and emptiness, and spending without consequence.

Seeing what can happen if a collection is left unchecked is just a small part of the “Hoarder” mystique. It really shows what can happen when people stop feeling connections to their family and friends, and turn to objects for total solace. Without a devoted person in his or her life, a collector who teeters on the edge of emotional estrangement can easily be pushed over. It’s not a comfortable thought.

Cam and I have made a pact to never let our collections evolve into a “hoard.” If 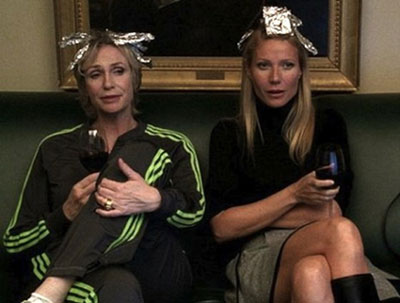 one wanted to play a drinking game while watching the show—take a shot every time the term “living among the hoard” is used—you’d need a designated driver to get you home. (Gwyneth Paltrow and Jane Lynch got nice and toasty on FOX’s “Glee” sitcom while indulging in a “Hoarders” marathon spurred on by huge wineglasses of vino.) The “hoard” is a supporting player in these episodes. Nay, it’s more than a supporting player—it’s a co-star. It holds sway over the sufferers as well as their family, friends, and exasperated, intervening loved ones.

To help keep our collections in check, we have gifted many of our NRFB dolls to community fund-raisers for auctioning and tag sales. We’ve given some away to friends who have mentioned how much they have admired our keepsakes, and we’ve even taken some out of the boxes and (cover your eyes, readers) given them to children to play with and own.

I recommend “Hoarders” as a cautionary tale for all of us who have bought a lot in the past and still want to buy more in the future. Watch how these people have become imprisoned by objects: they are owned by their things, rather than the other way around. 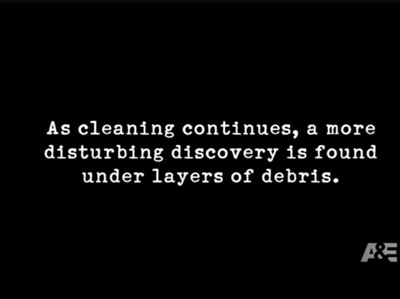 Witnessing these worst-case scenarios week in and week out, I have NOT sworn off collecting. BUT I have sworn off chasing after a doll for the sheer trill of the hunt. I now buy what my heart desires—not what I think I should desire or should want to acquire.

One thing that always amuses us when we watch “Hoarders” and tweet to each other about it: A&E, the network that produces and airs it, has a company store that sells merchandise tied into the show. Cam and I always wonder, “How many hoarders are now hoarding ‘Hoarder’ paraphernalia?”

We look forward to seeing that exposed in next season’s canon.

What’s your feeling about how doll collecting is being shown (once again) on TV as a form of aberrant behavior? Why isn’t it ever presented as a popular, trans-generational hobby and as a decorative alternative? I’d love to “collect” your thoughts on the matter. 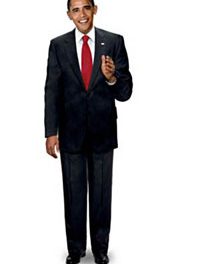