Pottering through Potterville: A place where Harry, Hermione & Ron will forever prevail. 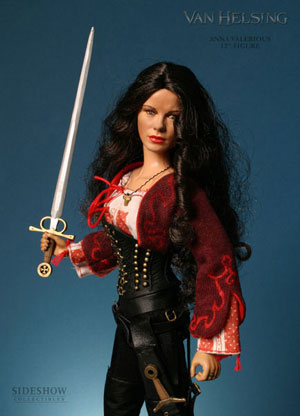 Recently, Kate Beckinsale talked to reporters about life as an action figure. The actress, who was once heralded as an heir apparent to the likes of Maggie Smith, Vanessa Redgrave, and Judi Dench, karate-chopped those comparisons when she became the leading lady in a string of big-budget horror movies and martial arts flicks. The seemingly well-groomed hothouse flower was, in reality, an angry, aggressive Venus flytrap. Beckinsale laughingly said, “There used to be an aroma of tea and crumpets around me when I entered a room. That’s not there anymore.”

Playing two feisty, fighting females (Anna Valerious in “Van Helsing” and Selene in all of the “Underworld” outings), Kate showed that a performer worth her salt is able to transform herself into a spicy vampire hunter, a peppery vampire predator, as well as a sugary sweet Jane Austen heroine. Beckinsale is able to play Shakespeare and shake a katana sword—no easy feat.

I’m thinking about Kate because the “Harry Potter” franchise is ostensibly ending today, July 15. With the 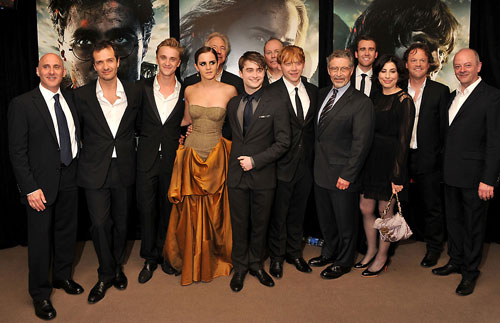 last film installment opening in America, and J.K. Rowling keeping mum about any future plans to resurrect the characters—personally, I can’t accept a 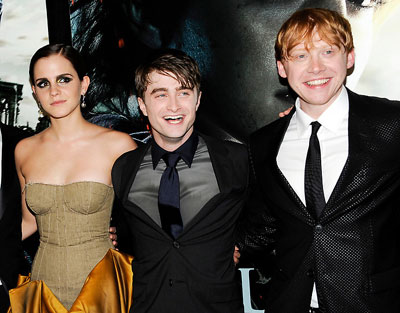 world without Harry, Ron, and Hermione—this date also marks the end of a Globe Theater’s worth of great English character actors chewing the scenery and making their marks on the screen. Fans of the Potter flicks—I like to think of us as being “potty for Potter”—have grown to love the likes of Alan Rickman, Helena Bonham Carter, the aforementioned Maggie Smith, Michael Gambon, Jason Isaacs, David Thewlis. Well, the list just goes on and on. Classically trained United Kingdom thespians were willing to act opposite blue screens and green screens, chat with CGI elves, don fright wigs and fly on brooms, and generally disport themselves like kiddies let loose in a candy shop. Those of us who watched the movies are ever so grateful.

That’s one of the best reasons to collect character dolls based on film roles, by the way. Long after the director has called “Cut,” the dolls can continue to live on in their recognizable costumes, hairstyles, and accoutrements. It’s satisfying to have a tiny bit of Hollywood or the River Thames on one’s tabletop.

A long string of talented British celebrities (great British stars, fittingly from Great Britain) have been the fodder for action figures and dolls over the last decade. What’s so marvelous about that is these actors and actresses don’t shy away from their figural transformations. Unlike many American big names who fancy themselves to be “serious” and “important,” their counterparts from across the pond don’t mind reveling in all the marketing and the accompanying tie-ins.

Ian McKellen, the mighty wizard Gandalf from the Lord of the Ring trilogies, was delighted when he saw that he had action figures and 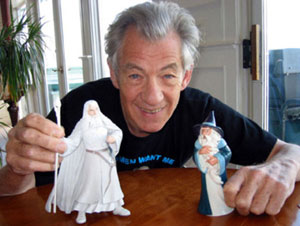 dolls made in his likeness. “I have to confess,” he shared to an entertainment journalist, “I had to peek to see if it was anatomically correct under the robes. It looked so much like me everywhere else!” Can you imagine Robert DeNiro being that relaxed and jocular about having a character made in his image? Picture him cradling a pull-string speaking doll based on his role in the “Meet the Parent” comedies: “Are you talking to me? You better NOT be talking to me, little doll. I’m the only real actor here.” It would be unimaginable. 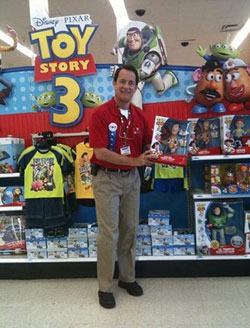 American actors of note are notorious for being humorless (Sean Penn . . . I rest my case) and they seem to distance themselves from the “crass, commercial” side of the industry. They’ll cash the big checks associated with a Hollywood blockbuster, but they don’t want to pose aside the plastic minifigures or the vinyl dolls that were made in their likenesses. It’s almost as if they think, “Hey, if I don’t acknowledge it, it hasn’t really happened. I am an actor to be taken seriously. I have no time for frivolity. Now, let me go study my script for ‘Transformers 14.’” One of the few U.S. exceptions is Tom Hanks, who not only posed with his Woody incarnation, but, I swear, it looks like he was dressed to sell them personally at Target!

I suppose the drying-up of the creative oasis is one of the main reasons why the plug being pulled on Potter has hit me so hard. Okay, I’m not going to do anything rash (like get a lightning bolt tattooed on my forehead) or foolish (try to enroll in a boarding school specializing in Defense Against the Dark Arts). However, I shall try to keep this series alive in my home.

Earlier in the year, I mentioned how my children were just becoming aware of the magic of these books and movies. (They’re 8 and 6 years old.) They are new arrivals just as the Hogwarts Express is pulling out of the station! 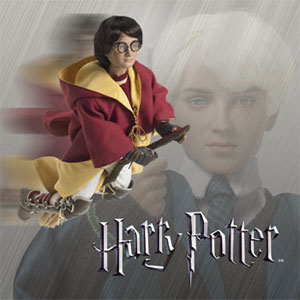 They’ve watched all 7 of the films in a one-year block, and now number 8 has hit the theaters. I’m going to make them wait before they can see the ultimate wrap-up.

I don’t know how this movie is going to end—I confess I didn’t read the books; they are patiently waiting for my children to get a bit older to handle the challenging size of the tomes—but I have the sinking feeling that certain beloved characters are going to “bite the (pixie) dust.” Yes, I fear some of my favorites aren’t going to be around for curtain calls (I won’t name names here, for fear of being right and spoiling the surprise for others).

However, that’s why I’m glad I was able to snatch up Lego Potter building sets on eBay for really good prices and have them stockpiled around my house for upcoming events (birthday gifts and Christmas gifts already taken care of). My defense against the beckoning call of collecting more Potter paraphernalia has to remain strong. I can’t afford to buy everything my wandering eyes see—but the character wands do look sensational, don’t they? I KNOW my children would love them.

The Harry Potter train has pulled out of the station, and so has the opportunity for many more merchandising possibilities. I’ll be interested in seeing if more Hogwarts toys, games, building sets, and dolls continue to flow out of studios and manufacturing plants now that the movies have ground to a halt.

In the meantime, adult collectors, if you have bought for yourselves, keep some of your acquisitions in mint condition. I personally know two little Potter-philes who are going to grow up and want to collect bits of their childhood via whatever holographic version of eBay exists in the next 30 years. Whatever the electronic platform, I know my children are primed to purchase. That’s the magic of being raised in the collectibles world.