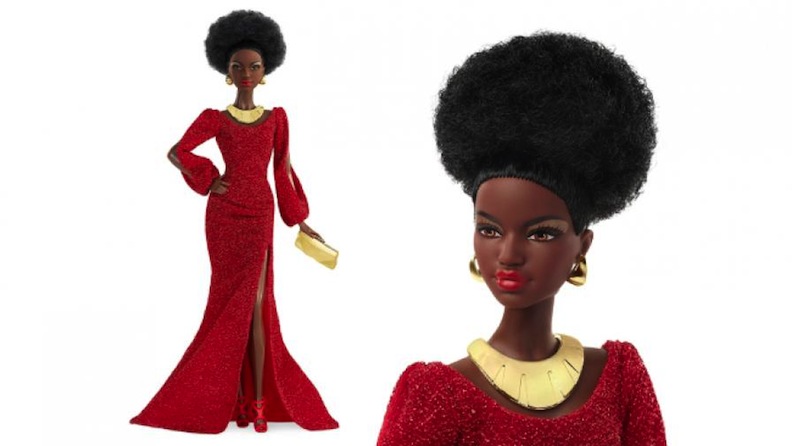 Mattel’s first African-American Barbie didn’t take her bow until late 1979 and then became available for purchase in 1980. Now, of course, Mattel is making dolls that reflect all body types, skin tones, and physical abilities. To commemorate the 40th anniversary of this racial breakthrough, Mattel commissioned a re-imagining of that historic doll. During Black History Month, the reissue of the first-ever Black Barbie seems to be an ideal talking point. Designed by Bill Greening, this is not a piece-by-piece re-creation of the landmark doll. Rather, it is a brand-new creation that was influenced and inspired by the original.

“I hope people feel that it’s a fitting tribute to the original … I hope I’m doing the doll justice, and I hope collectors embrace the new doll. I hope maybe they display it side by side with the original and the new version and see how the beauty of Black Barbie transcends time,” Greening said in a Mattel statement.

Greening has a personal connection to this doll: Black Barbie was initially designed by his Mattel mentor and personal hero, Louvenia “Kitty” Black Perkins. Perkins is a legend among Barbie collectors and among the toy industry as a whole. For over 25 years, she guided the creative pool of talent at Mattel. She served as the chief designer of fashions and doll concepts, and helmed the Barbie division as it explored new territory and themes. A South Carolina native, Perkins never owned a Barbie during her childhood. She was born in 1948, when the South was very much a segregated region. It would have been unlikely that a little black girl would ask her parents for the blond swimsuit fashion doll.

After she graduated high school, Perkins packed up and headed to the West Coast. She graduated from the Los Angeles Trade Technical College with an associate degree in fashion design in 1971. After working in the fashion industry for a few years, she began to grow restless and wanted to do more. While perusing the employment pages, she answered a blind ad for Mattel and was called in for an interview. In order to understand whom she’d be designing for, she purchased her first-ever Barbie. Perkins got the job.

By 1978, she was a principal designer for Barbie, and her opportunity to advocate for a Black Barbie doll became a dream come true. Even though there had been black dolls in the Barbie universe, these were secondary players. They were friends of Barbies, not the leading lady herself. If Mattel were a rom-com, Barbie was Meg Ryan or Kate Hudson or Jennifer Aniston. The black dolls were the dependable and supportive best friends — think Octavia Spencer, Yvette Nicole Brown, or Sherri Shepherd. Perkins decided that it was time for a doll of color to step out from the shadows and live her life in the foreground.

In the 1960s, there were three black fashion dolls from Mattel: Francie (1967), Christie (1968), and Julia (1969). How strange, then, that it took more than a decade later before Barbie would reflect a whole different segment of the population. “Barbie offers a whole new way for children to imagine and play. With that in mind, knowing that the Afro-American community was really looking for something that they could identify with and that children could be proud of, I think we achieved that with the Black Barbie doll,” Perkins stated in an official Mattel press release.

“I feel that doll was an influence on how we do our black Barbie dolls now, and how we’re now making Barbie dolls that have different sizes and shapes. It’s not all just one figure,” she asserted. “I think that’s a good thing, because children can look at the doll and choose the one that is more like themselves. I think it’s easier to play with a doll that way.”

When Perkins first created the Black Barbie, she wanted the doll to exude confidence and glamor. She wanted the doll to be sophisticated, svelte, and special. Perkins was very much enamored with Diana Ross, and she used that recording star’s silhouette and theatrical, glamorous style as her touchstone. “Also, when I design something, I imagine that it would be something that I would wear if I was in that particular situation,” Perkins shared. “If it’s not something that I would wear, then I don’t think it would be something the children would like, and something the Afro-American parents would embrace.”

Since its reveal in 1980, Black Barbies have become a staple of the Mattel line. It would be unfathomable to produce a line of fashion dolls that marginalized the African-American consumer. In 2010, in honor of the 30th anniversary of the groundbreaking doll, Mattel invited Bill Greening to do an updated tribute. It was packaged as part of the My Favorite Barbie series. It was a reproduction of the original Kitty Black Perkins costume, coiffure, and packaging. It also included a bonus costume, done in the glitzy, ornate style of the time.

The 40th Anniversary First Black Barbie Doll is a gorgeous doll that is stunning in her own right. The doll is every inch a fashion diva and an unapologetic superstar. The doll is the embodiment of sartorial pizzazz. She sparkles; she glows; she radiates. 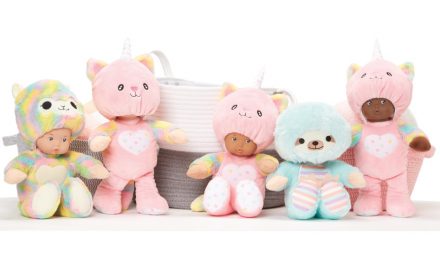