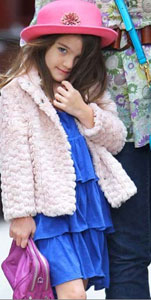 She’s only six years old, but already she is being chronicled by VOGUE and ELLE. Suri Cruise heads out in her trademark chic style. 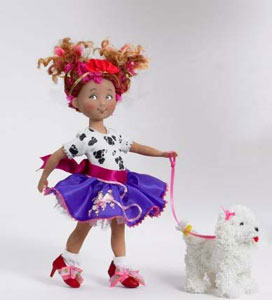 There is something very eerily similar between the “Fancy Nancy” doll from Madame Alexander and pint-size celeb Suri Cruise.

In her brief six years, Suri Cruise has become a fashion icon for moms-and-daughters. Paparazzi focus on her every style move. Here, she is garbed in a Juicy Couture faux fur. 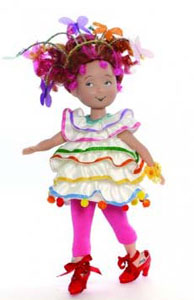 The Madame Alexander version of “Fancy Nancy” teeters in a pair of high heels.

Proud dad Tom Cruise carts Suri from a dance performance. His daughter is sporting one of her many pairs of high-heeled shoes, which have earned her criticism.

The sweet side of the sartorial character is shown in the JAKKS Pacific version of “Fancy Nancy.” 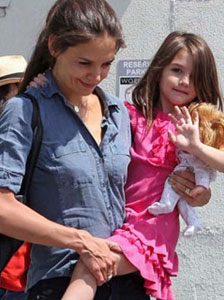 Mom Katie Holmes carries her daughter, who is clutching a favorite doll and looking every inch a child. 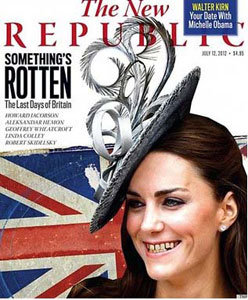 Hailed last year as a beautiful English rose, Kate Middleton’s healthy, glowing appearance is “doctored” for this magazine cover. She’s portrayed as suffering from a bad bout of oral decay. 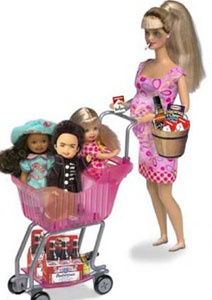 Perhaps the Kate Middleton dolls will suffer a similar fate to the Barbies who popped up in the 1990s as “Trailer Park” and “Trailer Trash” incarnations. 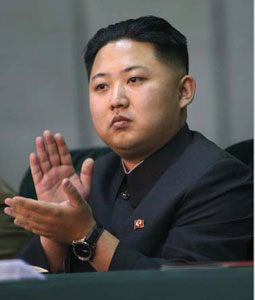 North Korean leader Kim Jong Un loves American pop culture, including the movies and music of Walt Disney. He has a lot in common with . . . 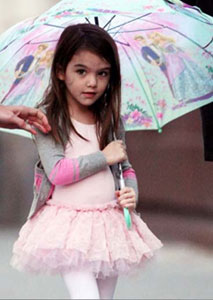 Suri Cruise often accessorizes her outfits with either a princess pocketbook, umbrella, or rainboots. 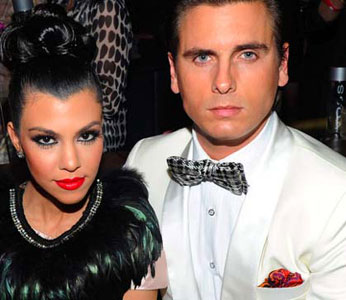 Kourtney and Scott have welcomed another “Kardashian” of sorts into the cable network fold. Though new baby Penelope is technically not a Kardashian, she will join the cast pronto!

There are some days when the “end of days” really do seem to be upon us. Today I discovered such a bizarre confluence of events that I think an army of Apocalyptic horsemen might be right around the corner. There is really no rational explanation for some of the items that have popped up on my radar screen this week:

1) Katie Holmes and Tom Cruise are calling it quits, but will remain friends. That doesn’t surprise me because I, for one, always assumed that’s all they ever were—just friends, or maybe even just business partners. After five years of marriage—and 5 million tabloid photos—TomKat are splitting. That’s not a shocker, but the fact that their divorce agreement has been ironed out and agreed upon in two weeks after Katie filed is head-turning. I only hope the U.S. Olympic team can channel the speed with which this post-nuptial finalization was achieved. What’s interesting about the whole collapse of the Cruise-Holmes cottage industry is the lingering question of “What will happen to little Suri now?” The 6-year-old, who is a headline grabber in her own right, has been treated like a real-live doll by both her parents. (http://www.usmagazine.com/celebrity-moms/pictures/the-fabulous-life-of-suri-cruise-2010222/14059) The child’s feet rarely touch the ground as her mom struggles to carry her everywhere, and her constant wardrobe changing has created Web gawkers who chronicle every new anklet and barrette, pinafore and pantsuit. (Yes, Suri has tapped into her inner Hillary Clinton and has rocked the heck out of a pantsuit.) The precious, precocious kindergartener(?)/first grader(?) has also been known for her partiality to kitten heels. (Yeah, she’s just like every other little girl . . . not.) Her “fans” post that they want a Suri Cruise doll—a dress-up doll like a scaled-down version of Kate Middleton and Princess Di. I say, why bother? Just purchase a “Fancy Nancy” doll from JAKKS Pacific or Alexander, and it’s the same effect.

2) The new face that has launched a thousand dolls and accessories—Kate Middleton—was savagely parodied this past week with a public defacing on a magazine cover. The British tabloids that have long poked fun at people whom they dislike (the press added to the stress that collapsed Kenneth Branagh and Emma Thompson’s marriage) aren’t the culprits in this Photoshop attack. Rather, the U.S. periodical “The New Republic” has the dishonor of doing a dental hatchet job on the comely royal. Paired alongside a headline that proclaims “Something’s Rotten: The Last Days of Britain,” a photo of a broadly leering Kate appears, complete with nicotine-stained teeth that are gapped and crooked. The magazine’s art directors decided that this controversial rendering would prove their point that England is in a serious decline. Instead, it just made me think, “Hmm, I wonder if some clever customizers are busy doing the same to their Ashton-Drake or Paradise Galleries dolls—selling a trashy version of Kate a la the ‘Trailer Park Barbies’ that were so big in the ’90s.” Those dolls that showed off Barbie in a decidedly downtrodden setting were controversial and became hot sellers in an underground cult scene. (“First rule of Vinyl Club, you don’t talk about Vinyl Club. Second rule of Vinyl Club, you don’t talk about Vinyl Club!”) I won’t be surprised if I see some homely alterations of Kate on the marketplace—parody and snarkiness often go hand-in-hand these days, without being relegated to dark rooms and hidden dealings, and can reap nice-size profits.

3) In case you’re not politically inclined, or you want to believe the Trey Parker–Matt Stone version of current events, the dictator who presides over North Korea is a rather dangerous guy. Even if he is not capable (yet) of launching serious hardware at us or our allies, he is a horror for his people who live in often famine-ridden conditions, without electricity, subhuman medical attention, and poverty that would make most Americans weep. However, despot Kim Jong Un has a soft spot for musical comedies, U.S. pop culture, and Walt Disney. In fact, the capital of Pyongyang was shaking-and-baking with a Broadway-scale salute to everything Pooh Bear and Mary Poppins this past weekend when the leader ordered a concert to celebrate the happier, sunnier things in life. Disney was quick to point out that this was not an authorized use of their images, but the North Korean Disneyphile couldn’t care less about copyright infringement. (After all, he doesn’t give two hoots about cannibalism among some of his citizenry and threatening to blow Japan into the sky.) Reports have mentioned that Kim Jong Un has a deep affection for the Muppets, all of Disney’s animated movie characters, and especially has a “thing” for Cinderella. (He’s very similar to Suri Cruise in that regard.) He has a collection of Disney items (dolls, music boxes, snowglobes) that he has exported from neighboring China. Perhaps he has high hopes of becoming someone’s Prince Charming . . . or not.

4) Kourtney Kardashian gave birth to a healthy baby girl (congrats), and the new bundle of joy, named Penelope Scotland Disick, is already set to become a cast member of her family’s ever-expanding reality empire. Kardashian admirers want to know where to send dolls and bears for the latest E-TV superstar. A one-day-old baby is already being enshrined as a “recurring cast member” of a “reality show.” Plus, she already has a fan base that wants to shower her with dolls and bears. Sheesh, even Suri Cruise had to wait three or four years for that kind of adulation!

Happy post–4th of July. I’m glad to have the freedom to share my thoughts and impressions with you. I hope you return the favor and leave me some opinions on these very odd and quirky coincidences. 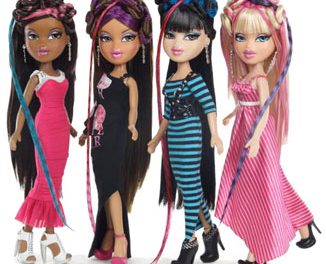