Collectible Carell: Steve Carell is the go-to guy for embodying the highs & lows of collecting 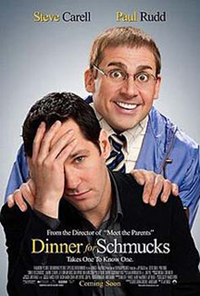 Well, I don’t know the proper protocol, but when I set out to blog this morning, I learned that it is World Goth Day. Are you supposed to wish someone a “Happy Goth Day,” or is that counterintuitive? If a whole movement has sprung up around dark-colored garb, fascination with the dark side, and an interest in the dark arts, can the phrase “happy day” be freely given? I certainly don’t want to wish anyone a “Sucky Goth Day” or a “Miserable Goth Day.” Maybe, it should be a “Dark and Stormy Night … World Goth Day”? It is a dilemma.

Knowing what to say, and when to say it, is a definite skill, and it’s one that I am still evolving and developing. Last night — and shouldn’t it really be “World Goth Night” — I watched half a movie on TV. I would have liked to watch the whole thing, but my cable system suddenly went haywire and began to pixilate and freeze up. I could hear the dialogue continuing, but the images were frozen on the screen. After about 5 minutes of hoping that the trouble would resolve itself, I gave up and clicked off the film. The show was “Dinner for Schmucks,” and as a collector I found it positively fascinating. 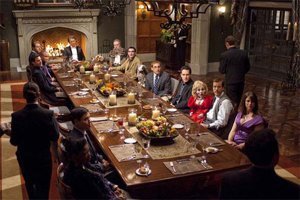 It’s based on a French screenplay (“Le Dîner de Cons,” meaning the dinner game), and it revolves around a young man who has upwardly mobile ambitions. He wants to get ahead at a private-equity firm; and like all other film characters who lust for a room at the top, he is going to have to shed some humanity along the way. Now, what does this have to do with collecting and dolls?

In order to gain a seat in the boardroom, the hero of the piece (Paul Rudd) has to take part in a humiliating dinner party arranged by his callous boss. The boss — a slick, soulless empty suit — is a self-described “collector.” However, he doesn’t collect statues, or paintings, or memorabilia. He collects “losers.”

In a bizarre frat-boy initiation, he forces his underlings to come to his house accompanied by the biggest losers they can find. His handpicked stooges have to discover “idiots, fools, schmucks” who believe they have talent, and can thus be ridiculed and lambasted — without ever catching on. These poor unfortunates show up as guests at a dinner that is arranged to poke fun and puncture their dreams. Lovely premise, right?

Well, when Rudd happens upon his “idiot” — or, more accurately, his find falls right into his lap, courtesy of a car accident — the audience is invited to snicker at this hopeless and hapless guy, embodied by the talented Steve Carell.

Except, as I watched this movie, I didn’t laugh. I didn’t snicker. I didn’t roll my eyes at the Carell character’s foolishness. Instead, I was damn impressed. 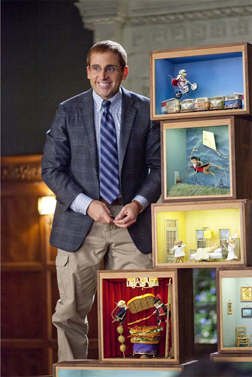 His bizarre behavior — the hobby that is supposed to ensure him the trophy as the greatest loser of all — is that he practices taxidermy. He finds deceased mice — doesn’t kill any on his own — and then creates breathtaking scenarios that incorporate them into recognizable masterpieces, bucolic rustic scenes, and flights of imaginative fancy. The vignettes that he creates are meant to be creepy, or at least meant to make the audience think this guy is off his rocker. However, I was completely floored by how meticulous and painstakingly exact each of his offerings was. Exclude the taxidermy angle — but mind you, we are told that these are expired rodents that he is giving a second life to — and he is a miniaturist beyond compare.

In order to sell the character as an oddball and as a schlemiel, Carell sports a rust-colored haircut, large glasses, and a perennially pop-eyed stare. Since I didn’t get to see the whole movie, I kept thinking that if he traded in the glasses for contact lenses, put on a well-tailored suit, and found a better barber, he would be a darling of the primitive art movement, or the poster boy for outsider expressionism.

I know this was a comedy. I know the characters are caricatures. I understand that everyone — from the evil, bottom-line capitalists to the egotistical, self-aggrandizing artists — were being played for laughs. Still, it sort of bothered me that a person who marches to his own drum had to be played as such a dolt, such a ridiculous-looking fashion disaster. 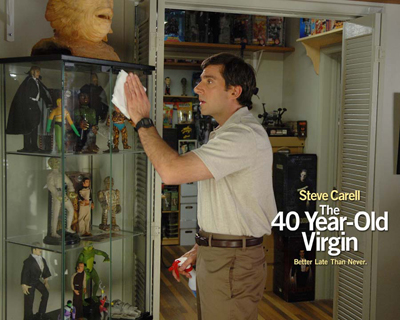 A few years back, Carell was in another movie — which I luckily got to see in its entirety — called “The 40-year-old Virgin.” Its title makes it seem like it’s a raunchy, older-brother companion to the “American Pie” franchise. It isn’t.

In this valentine — yep, I said valentine — to nonconformity, we see a man who has done a lot in his life except for one kind-of-big thing; hence, he’s the 40-year-old virgin. Even though Carell is set up in this film to be out of step with everyone else, the audience comes to see his strengths.

Living in an extended adolescence, surrounded by loads of action figures, framed posters, video games, and bicycles, he could be written off as an “uber nerd” at first glance. But through Carell’s acting and the script, which he co-wrote with director Judd Apatow, his character is revealed to be a person of multi dimensions. His hobbies — painting miniature historical figures and collecting — are shown to be more than just gags. The painting is damn difficult to do — involving magnifying mirrors and the tiniest paintbrush imaginable. And the action figure and doll collecting ends up netting him a small fortune when it is sold on eBay. (He wisely kept everything in its original packaging and boxes!) 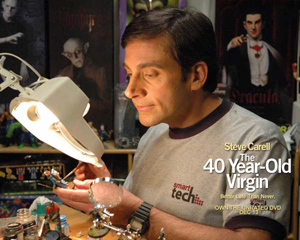 In “The 40-Year-Old Virgin,” we see a person who could be taken for granted at first sight. He could be mocked or mimicked or dismissed for remaining childlike and innocent, not just in the bedroom, but in his interaction with the world at large. He approaches each day with wide-eyed enthusiasm and expectations.

As collectors and as doll artists, we all know a thing or two about having to explain our passions, and having to define ourselves against easy, out-of-hand stereotyping.

So, on World Goth Day, a day that supposedly venerates and draws attention to people who seemingly don’t want attention and celebration, I say, “Fill in the blank World Goth Day.” I’m not going to apply a “merry” or a “happy” or a “scary” or an “alternative” adjective to it. It is what it is, and who am I to judge? I don’t ever want to host a “Dinner for Schmucks.” I’d rather be invited as one of the surprising and more-than-meets-the-eyes guests. 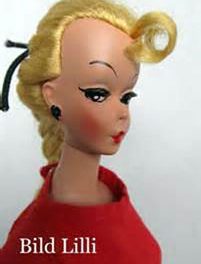