Some weeks it’s not my decision what to blog about, because the Big Twitter Universe is pushing a column and a conclusion in my direction. THIS is one of those moments.

On Tuesday, June 7, protesters scaled the Mattel Corporate Headquarters in El Segundo, California, and unfurled a huge poster slamming the toy giant for its unfriendly eco ways. The main allegation: Mattel is buying paper from APP, which Greenpeace charges is a company hell-bent on profit at the expense of rampant destruction in Indonesia. The pink-and-blue sign showed a frowning Ken, who declares, “Barbie, it’s over. I don’t date girls that are into deforestation.” 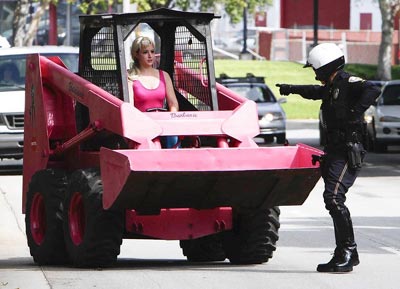 attention because it featured costumed people rappelling down an urban building, a girl dressed up like an aerobics Barbie (pastel Spandex workout togs) driving a pink bulldozer, and scads of real uniformed L.A. cops having to respond to the furor. It was a stunt that attracted much media coverage (thank you, Los Angeles Times, for these photos) because it combined all the elements of a juicy quick news fix: an evil capitalist corporation; a 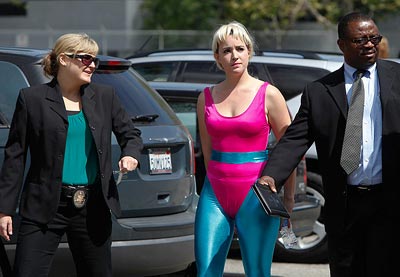 passionate, selfless, socially progressive organization; dewy-eyed believers; dead-eyed industrialists; a blond female doll that embodies shallow, superficial ways (and has encouraged girls to starve, vomit, and bleach); plus a male doll who has been enthralled to the aforementioned plastic vixen, and he’s now searching for redemption. Shakespeare would salivate for a tale this tangled! 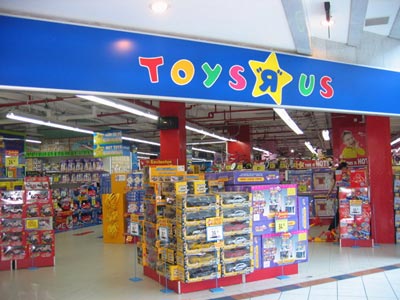 But to believe or not to believe—that is the question of the day. Greenpeace hasn’t always been 100 percent forthright in its charges. And Mattel doesn’t stand alone as the only manufacturer—let alone the only toy company—that utilizes APP for its paper packaging needs. (Lego, Hasbro, and Disney, among others, have Indonesian wood and pulp in its toy packages, too. They were spared from the wrath of the activists.)

When Greenpeace was asked to explain why they are targeting Mattel as the central villain in their onslaught, a spokesperson explained how Mattel has a huge social media presence, has millions of Facebook fans, and is followed by a huge number of folks on Twitter. (More than Anthony Weiner, but not as many as Charlie Sheen.) In other words, Greenpeace is picking on Mattel because it is the most successful name in the toy market. If you’re going to kick up a fuss in the cyber schoolyard, you might as well aim for the biggest player. Plus, when it’s all said and done, Barbie equals a lot of toy sales around the world, which means a lot of cash flow and a lot of revenue. This is a matter of greenbacks versus Green. 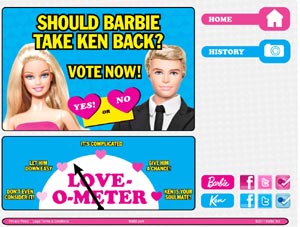 Landmark dolls seem to be mostly sealed in clear plastic, not cardboard or paper—oy vey, I’m sure that’s the next shoe to drop). What most fascinates me about the fuss is that Greenpeace swaddles itself in the cloak of righteousness and moral superiority: they care more than you and me about the planet, the oceans, and the skies. However, they fly around the world making their mischief, take to the seas to confront fishermen, and drive in autos to show up and protest loudly at environmentally irresponsible companies. Sounds pretty irresponsible to me.

With the world following an unshaven and shambling Charlie Sheen via his Twitter account and his homemade YouTube ramblings, and disgraced Congressman Anthony Weiner becoming the latest poster boy for middle-aged men behaving badly, it’s quite apparent that you can capture a news cycle for days, weeks, and months without even having to put on a pair of pants. (Check out the Weiner shots.)

Greenpeace should borrow a page from PETA, which has grown incredibly media savvy regarding its stance against what they label as animal cruelty. PETA has drafted the services of famous celebrities who gladly make videos, provide voiceovers, and pose for anti-fashion layouts on behalf of the animal activist group. PETA gets its point across these days by crafting videos that go viral and pushing their platform so hard that the press comes to them. It’s not the other way around. PETA never has to take to the streets at the drop of a fur-trimmed hat anymore. They have learned to send out their musings and manifestos in a totally cyber/networked way. http://www.youtube.com/watch?v=Txa-XcrVpvQ Greenpeace has their video, too, but they had to go “old school” to get the news out about it.

I do hope that Mattel does change its packaging, but not because Greenpeace has cowered them into doing so. (Isn’t there anti-bullying laws in California?) I hope they do it because it seems unnecessary to be buying brand-new paper from an Asian paper mill (APP stands for Asia Pulp and Paper.) Most of Mattel’s doll manufacturing is done overseas in China, and there is a vast amount of rubbish and trash generated there every day. Why buy the paper when there are tons and tons of disposed-of goods waiting to be recycled? Surely, a deal can be worked out where Mattel is permitted to harvest all that cast-off junk to make it into totally recycled, reused, and rebranded boxes.

Plus, if Mattel does the PR behind this repackaging with just the right amount of fanfare and fancy footwork, collectors will never throw those boxes away. We all know collectors have a hard time letting anything go—especially the boxes!

So, Greenpeace, even if Mattel has been naughty in the past with its APP purchasing, a healthy number of its consumers have not littered the earth with the questionable boxes. I can guarantee you, as far as the adult Mattel shopper goes, those boxes are sitting on shelves around the world, not being discarded, and not clogging up landfills.

Turn your wrath to APP and demand more reforestation, and clamor for more of their profits to be put back into the ground to grow more trees. Leave Barbie and Ken alone. Sheesh, those two crazy kids just got back together again over Valentine’s Day. Please don’t shake their family tree!   (And, by the way, I hope the poster you unfurled wasn’t made with any toxic dyes, printed on eco-unfriendly canvas, and depleted cash that could have been used to plant more trees. Just saying.) 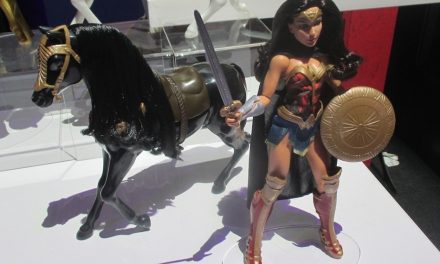 Wonder No More: Wonder Woman is the perfect hero for today