Although she retired from a successful modeling career years ago, Pasha Setrova is still representing on the runway. These days, however, it’s in scaled-down proportions, via the popular PashaPasha line of fashion ball-jointed dolls (BJDs) that the Russian-born artist designs and delivers. With names such as Giddy Heights, Lollipop, Pink Panther, and Glam Rock, each of these highly articulated, fashion-forward catwalkers is imbued with the elusive “it” factor and represents an intriguing dichotomy between fantasy and reality.

PashaPasha dolls are a study in contrasts: Sometimes otherworldly while also heart-stoppingly beautiful, with faces and physiques so lifelike — if somewhat exaggerated — that they appear to be virtually human. Available in two sizes (original and mini) and multiple body versions, every impeccably styled and coiffed Pasha model is fascinatingly mysterious and endlessly intriguing.

They’re also increasingly difficult to obtain. Since the debut of the New York-based Setrova’s first 54 cm (21.25-inch) BJD in 2016, subsequent limited-edition full-set, blank, and one-of-a-kind (OOAK) releases have regularly sold out within minutes of availability notifications. That situation has resulted in disappointment and borderline despair for some collectors, who desperately want one of these alluring sirens.

Setrova is sympathetic, but she also experiences a different kind of frustration. As the owner of a design studio that includes herself, her wife (fellow artist Erika Vendett), and a handful of assistants, she makes the most of limited resources. “I’d ask that everyone keep in mind that I am not a huge company. I am an individual artist with a few wonderful helpers, but ultimately it’s my own hands that touch everything, and I only have two,” said Petrova.

She paints all faces, including the signature resin-protected face-ups for her full-set and OOAK releases. “I am not Mattel, so I can’t churn out hundreds of thousands of dolls at a time. But I want people to know that when they ultimately do get their hands on one of my dolls, they’ll see the time and care that goes into each and every one. It’s a piece of art.”

Setrova’s eventful past laid a solid foundation for her current pursuits. Born in Russia, she traveled extensively as a child. At age 16, she moved to Moscow and began modeling. In the following years, she also became a published writer. Subsequent health issues left her unable to work, and it was during that dark period that dolls captured her attention.

A doll created by artist Natalia Pobedina, on display in a permanent doll gallery show that Setrova attended, sparked a creative awakening. “I hadn’t seen anything like that before and I wanted to buy it, but at the time I could not afford her,” she said. “It inspired me so much that I wanted to make one myself.”

After moving to the United States about 10 years ago, Setrova — a self-taught artist who had been hand sculpting doll-like figures — began exploring the world of BJDs. Dollmaker Joshua David McKenney, owner of the Pidgin BJD line, provided encouragement and artistic guidance. A year of work on various prototypes culminated with the completion of a BJD that reflected Setrova’s unique design aesthetic and sensibilities. Two sculpts (Breath and Pulse) and four resin colors (White Bone, Ebony Silk, Milk with Blood, and Blue Blood) were initially available.

Setrova was thrilled that the factory she had enlisted brought her creative vision to life, especially considering the innovations that were integral aspects of her design. “The hardest part was making the shoulder joint, which took me probably six months to develop because there was no reference for it at the time. I was basically sculpting from scratch,” she said. “Now it’s already easier to update and rework — and for other artists to build off of — since the base model is already there.”

Mini Pasha BJDs (43 cm/16.9 inches) quickly followed and were embraced by Setrova’s ever-escalating audience. Her factory sends all the PashaPasha doll components to Setrova’s studio for sanding, stringing, sueding, assembling, painting, quality checks, and packing. “The 43 cm doll was made because the general public expressed their interest in it, but now I’ve fallen in love with it, too,” she said. “And even though they are absolutely similar, they feel different to me — completely different — just because of their scale. It’s easier to pose and play with the mini — easier to store and take with you — but the 54 cm dolls feel like art to me.”

Setrova, who collaborates with wig, clothing, and footwear designers for many of her dolls, recently released the first male PashaPasha BJD, the 58 cm (22.8-inch) XY. A 47 cm (18.5-inch) mini version will follow, as well as more female stunners in both signature sizes and with articulation upgrades. “I have only more and more ideas,” Setrova said, “and not enough time in the world.” 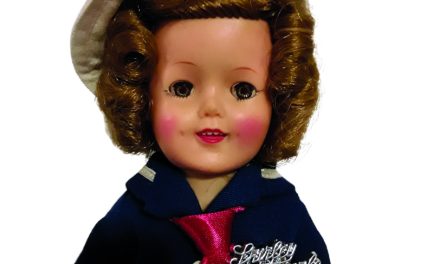 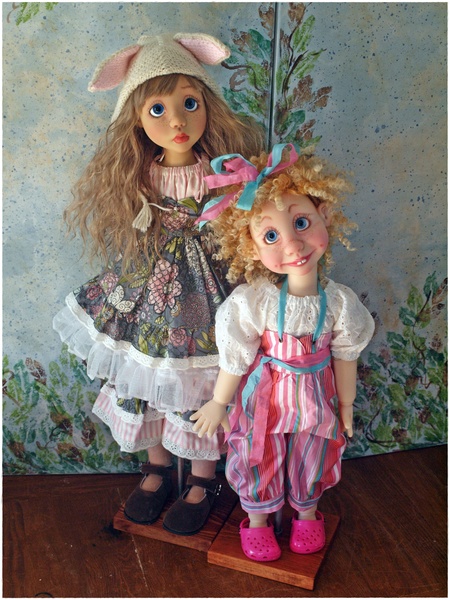