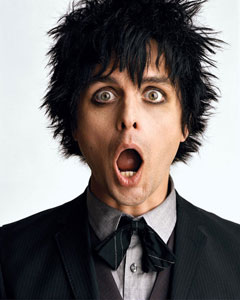 Rumor has it that Billie Joe Armstrong enjoys collecting figures, dolls, and other likenesses of dolls. Though he’s been mum on the subject, his very distinctive appearance has inspired doll makers to honor him. 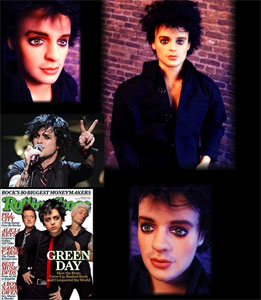 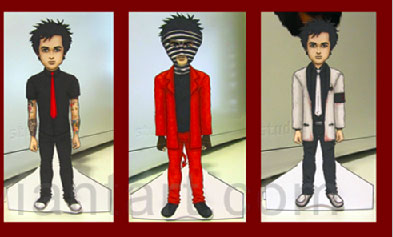 Kelly Fox, who is known as kelly42fox on Deviantart.com, has gotten the rocker’s style down to a science. 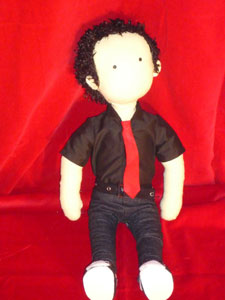 The Green Day frontman has been reshaped into all manner of dolls. Here’s an unexpected twist from an artist known as “nezcabob.” 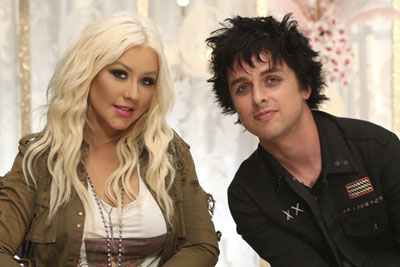 Television will be  Armstrong’s home away from home when he becomes a mentor on NBC’s “The Voice.” Part of the musical reality show, he’ll be teamed with Christina Aguilera as a guest mentor. 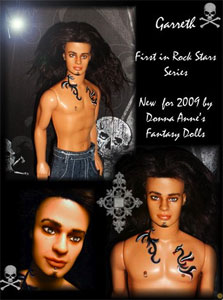 Donna Anne’s Fantasy Dolls has dreamed up this uber rocker: he’s got the whole rock star vibe and attitude. 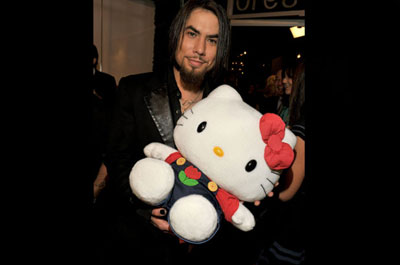 Even a hard-rockin’ guitarist can have a soft, gentle side. Wildman, ferocious partier Dave Navarro shows off one of his Hello Kitty collectibles . . . 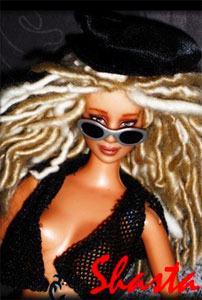 If you’re going to have a tour bus of rockers, well, you certainly need girlfriends too! Here is “Shasta,” a beautiful and tough chick created by Donna Anne. 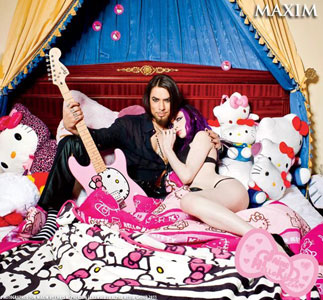 . . . and then in Maxim magazine, he showed off a lot more! Yep, he does love Hello Kitty, and the other perks that come with being a stadium headliner. 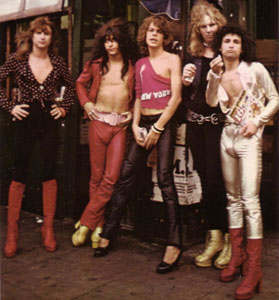 Pioneers of the American punk rock scene, the New York Dolls dressed themselves up. Do you think their primping ever crossed over to the doll world?

Over all the year that I’ve written about dolls, I’ve had my run-ins with the famous and the infamous. In some past blogs, I’ve talked about the “more is less” confrontation with Demi Moore and the very public profanity uttered by Donald Trump to me. And all of this, mind you, was in the pursuit of quotes to sprinkle in the doll magazines.

Some of the celebs that I encountered for interviews or a paragraph about a doll debut have been quite nice (Candy Spelling, surprisingly so, as was Marla Trump) and others were just as you’d expect them to be (the name Marie Osmond should be synonymous with “polite” and “professional”).

However, there are always some brushes with greatness and not-so-greatness that are unexpected and head-scratching. For me, these occasions were brush-offs—famous folk who did not want to participate in a doll magazine. Amazingly, though, the people who declined did so in some thoroughly surprising ways.

For instance, Oprah Winfrey, who has been rumored to be a doll collector and a collector of black historical artifacts, sent her regrets by having her personal assistant phone the office and explain that Ms. Winfrey would have loved to take part in the roundup but she had to jet off to South Africa and save the continent that weekend. (Okay, the assistant didn’t say THAT, but she actually did phone and expressed Oprah’s inability to furnish a quote due to a pressing travel schedule. I was shocked that Winfrey responded to my outreach even through a surrogate.)

Basketball player Grant Hill replied to a story about athletes turned into dolls by faxing over—faxes! remember those—a heartfelt response that talked about how proud he was to be seen as a hero or a role model for young boys and girls everywhere. However, because the solicitation for the interview wasn’t arranged by his agent, he could only supply us with a sentence or two. We were grateful for that! It was amazing that he even got back to us in the office, and we all talked about him for days since every other athlete on our go-to list gave us the cold shoulder. No feedback; no telephone call; no fax.

But the most humorous kiss-off was from Green Day frontman, punk rocker historian, “American genius” or “American idiot” (depending on his mood and behavior), Billie Joe Armstrong. I had heard through the grapevine that Armstrong liked to collect figures and dolls and likenesses of famous musicians and rock stars. (Who knows if it’s true? It’s one of those helpings of creampuff info that gets passed around the always-hungry-for-good-gossip blogosphere. The rumbling is true of Nine Inch Nails founder Trent Reznor, who is a big fan of Todd McFarlane’s company, and guitarist-at-large Dave Navarro. In fact, Navarro even has Hello Kitty trinkets. It’s been verified!)

Around the time that I heard this, Billie Joe happened to be starring on Broadway in a musical production centered around one of Green Day’s most lauded albums (see “American Idiot” reference).

So, I did some Nancy Drew sleuthing—I adore armchair legwork—and found his publicist’s contact info. I composed an e-mail that sounded appropriately reverential but still conversational and sent it off. I figured the odds were I’d never hear back.

Well, the odds were wrong. I did get a response that informed me that “Mr. Armstrong” did not discuss his personal predilections with members of the press. They appreciated my interest in the show and wished me luck with my article. (Doll collecting as a personal predilection? That’s a new one.) Wow, all I could infer from that was that Mr. Armstrong neither confirmed nor denied his doll collecting. Here is a man who has publicly cursed out his audience, worn drag and eye makeup, used an obscene term to describe Justin Bieber, but he couldn’t discuss if he collected dolls or not. My, what an odd world we live in, or perhaps my letter’s intent had been lost somewhere or misinterpreted in a press agent’s shuffle. (I kept thinking that maybe he thought I meant “doll” in the Jackie Susann “Valley of the Dolls” way.)

After that e-mail, I wondered if I should try to locate David Johansen, the onetime lead singer of the New York Dolls. Perhaps the real reason for their gender-bending costuming and band name is that they were really into Barbie, Francie, Skipper and Midge. Who knows maybe I’ll track down the answer to that? Or at worse, get him to neither confirm nor deny!

Regardless of whether a rocker has a stash of Jem dolls in his dressing room or whiles away his downtime re-rooting Barbie and the Rockers’ hair, the allure of the touring life, the adulation and the adoration are great fodder for doll artists everywhere. Even if they don’t do a personal portrait of one star, there are lots of talented artists who capture the whole milieu with a bit of a paint and a whole lot of moxie. (http://fantasydollsbyd.com/)

(On a serious note, Billie Joe Armstrong has recently checked himself into a rehab clinic and is beginning the difficult work required to overcome a disorder. Here’s hoping he succeeds. He’s multitalented, and his legion of admirers wishes him well. As all these homemade BJA dolls show, he has a devoted fan base. They all hope he has a true recovery.) 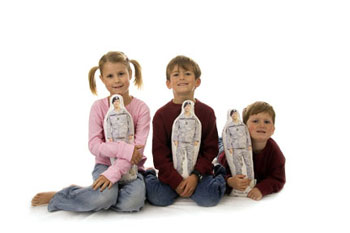 Who’s Your Dada? Two women might actually be the founding “fathers” of this art movement