I learned last week that Mr. Jack Friedman, the founder of JAKKS Pacific toy company, passed away on May 3, 2010, from complications due to a rare blood disease. He was 70 years old and had spent 50 years of his life in the toy industry. Mr. Friedman is what the old-time films of the 1940s would label a “big-shot mogul,” but a “mogul with a heart of gold.” He was known far and wide for his philanthropic work with children, the military, and charities that needed an infusion of cash and enthusiasm. He was a man who loved life and showed it in a big way.

I met Mr. Friedman once when I was first starting out in the toy industry. Friedman launched JAKKS Pacific in January 1995, and, coincidentally, that is the same year I started working in the doll business. He had already logged more than three decades in the business of play, but he was still fired up about his new company, his new direction, and the new themes and licenses that were there to conquer. We should all be so upbeat after 35 years in the same field! 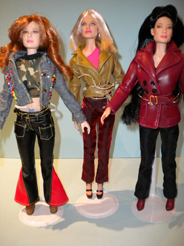 The most striking thing about my encounter is that he was happy to show off his new wares and to shoot the breeze about the latest wrestler doll and the newest trend from Asia. He had a first-rate sales force, but he still liked to take part in selling, “kibitzing” and clowning around. (If he was handed a yo-yo, he could enthrall and entertain with amazing tricks.)

When I read over his obituaries that listed all his accomplishments as a businessman, family man, philanthropist and entrepreneur, I was struck by the various outlets that covered his passing. He received tributes from hobby publications, industry trade newsletters, Fortune magazine, Forbes, financial Web sites, FOX News and national newspapers. Having been born in Queens, N.Y., but making his home in California, he was written up in length by the New York Daily News, as well as the Los Angeles Times.

During this trying time, I hope his family draws comfort from all the kind words and tributes that are pouring in for this man. As a participant in the toy business, I place his passing into a unique perspective.

Here is a man who devoted his life and his energy, his talent and his money, to a craft that so many people take for granted. He was the driving force behind the first wave of E.T.: The Extra Terrestrial toys, WWF action figures, Michael Jackson dolls, and innumerable gaming systems. Though boys and girls pined for these treats, and wrote impassioned letters to Santa asking for them to magically appear in stockings and under trees, we grownups know that Mr. Friedman was quite instrumental in having those Dec. 25 orders met.

For the population at large, Jack Friedman was not a household name—even for many people in the toy world, he was a guy behind the scenes. However, he never tired of tackling new ways to engage children as they played. He would follow the fads, capturing the nuances and that intangible “it,” which divides some toys into bestsellers and others into duds consigned to the bargain-basement bins. Most of his toys were winners: Blue’s Clues, Fancy Nancy, Hannah Montana, Sponge Bob, Star Wars, Skelanimals, Neopets, the Wiggles, to name a handful.

All of us will have to depart this world at some point, and at some time, but what legacy will we leave behind? It’s difficult to strive to the level of a Mother Teresa or a Gandhi. After all, how many of us are destined to become icons of selflessness, peace and tolerance? But it is much more attainable to find a profession that we can believe in, work at your best level in that occupation and greet each day as an opportunity to learn more or to do more.

It should be a comfort to the Friedman family that Jack will continue to live on as long as children love to laugh, to dream, to run frantically and boisterously down toy aisles, and to write letters to Santa. We all should be that lucky: To know that our labors have brought joy during our lifetime and will continue to do so after we’re gone.
I can’t think of a better testament for a toymaker than he made the world play, one toy at a time.

Jack Friedman (above) had affection and passion for making the world play!

The movie version of Charlie’s Angels (above) was immortalized by JAKKS Pacific, with uncanny facial sculpting.

A recent hit for JAKKS Pacific was the line of Taylor Swift (above right) figures and accessories. The teen sensation was a natural choice for converting into a fashion doll. 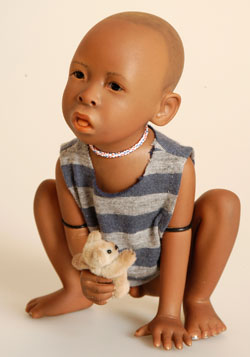 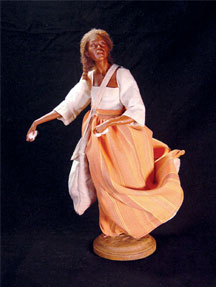