Myth or Reality? The Rise of the Female Warrior

Beginning in late April, and snaking its way through the spring and into early summer, “Game of Thrones” has once again taken over the Sunday-night viewing berth on HBO. I was one of the GOT-ties who tuned in to see whether there would be more dragon soaring, armies roaring, and covert royalty touring. (Yay, I made a rhyme, and didn’t give away spoilers!) It’s hard when there is a cast of dozens of lead players to follow every character’s triumphant ascension or humiliating derision, so the return of Season Six valiantly tried to catch us up with what’s been happening in this politically charged parallel world. The one lesson I took away from this season premiere is that women are ruling this universe, and are mightily and unapologetically fighting to keep on top or to scrape their way up from the bottom.

“Game of Thrones” is a big-budget love letter to everyone who adores fantasy literature and its sprawling stable of heroes, villains, and mythical beasts. What is truly different about GOT is that the female characters, who in decades past would have been mere damsels in distress waiting to be rescued, wed, or sacrificed, are manipulative, masterful, and majestic. The movers and the shakers — the powers on the throne and behind it — are all women.

Imagine the 2016 U. S. presidential race populated only by female candidates, and each one willing to draw blood and take no prisoners, and that’s only a slice of what the GOT cosmos consists of. In this Sunday-night spectacle, women are more deadly, more ruthless, and more powerful than their male counterparts. Forget the old adage “Hell hath no fury like a woman scorned.” In this epic, “Hell hath no fury like a woman. Any woman. Any age. Any height. Any disposition. Any time!” 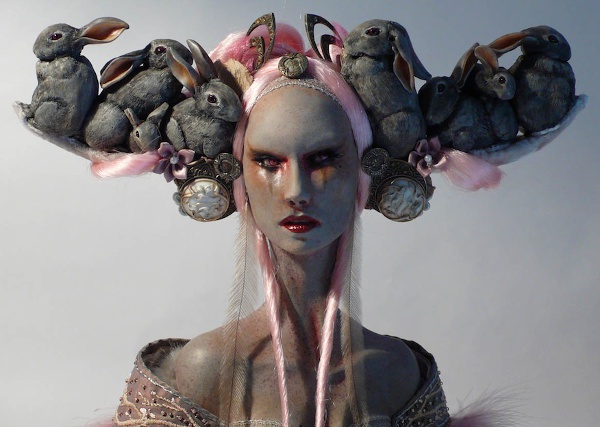 When I watch this series, along with two other fellow GOT-ties (my acronym for the program, no tie to the Mob bigwig), I am always reminded of the breathtaking work of French artist Virginie Ropars. Her work has that same luscious and luxurious — yet dangerous and decadent — vibe as the GOT ensemble. I’ve peppered this post with some of her work to showcase the otherworldly allure that her work sparks within me and that the GOT scriptwriters and costume designers manage to do every week. Ropars’s full-figure sculpts and busts invite us to follow her somewhere dark and intriguing. It’s a journey from the comforts of everyday familiarity into an alternate reality that is populated by female forms that are sexual, beautiful, omnipotent, and ominous. Any of her one-of-a-kind creations could easily raise an army or command a phalanx of winged reptiles in the George R. R. Martin tableau.

The fact that the people who are battling for survival and dominance in the show are mainly women, assisted by loyal male sidekicks, is extremely revolutionary. I imagine that in the year 2016 when so many young men have been raised as children of divorce or by never-married single mothers, the view of women as all-powerful and controlling is not that far-fetched. 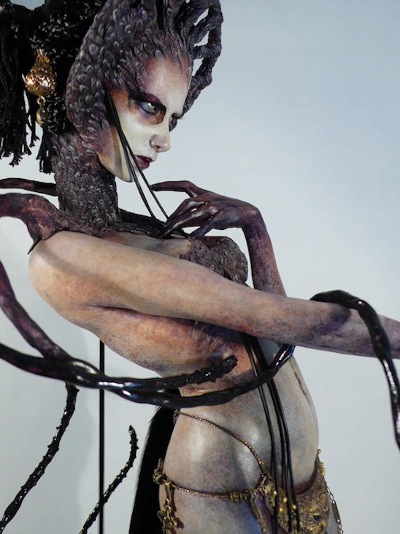 If GOT had been produced 30 years ago, or even 20 years ago, such a large gathering of in-charge women would have raised eyebrows of skeptical, snarky critics. In the backs of their minds, most of these viewing folks would have been convinced that a world dominated by women — where the women are making and breaking the rules — was a by-product of outrageous fantasy. It couldn’t ever happen; the notion of women leading men would have been a stumbling block for enjoying the pageantry. Even though in 1986 or 1996, women were a far cry from helpless and hopeless souls, they were just beginning to make their mark in popular culture as brave individuals who could save themselves and protect their home and homeland, too. (Think how Lara Croft set the videogame world afire when she debuted in 1996, embodying six surprising B’s: brawn, bravery, brains, beauty, a very big bosom and an equally bodacious booty.) Women as a force to be reckoned with has become second nature in the past 20 years, but Lara Croft might have been among the first pop culture figures (pardon the pun) to usher that in with any kind of staying power.

True, there had been kick-ass female spies or sleuths before Lara — Honey West, Emma Peel, Wonder Woman, Batgirl, the Girl from U.N.C.L.E. (not to be confused with the Girl from Ipanema) — but they were all rarities and existed like some kind of foreign exotic bird or show pony. They gained attention and a following because they were women, and it was nearly incomprehensible to believe that a woman could be that strong or independent in real life. That was the attraction to them. They were female secret agents who could do karate chops out in the field, but were also more than happy to race home and prep and broil a lamb chop for their boyfriends back in the kitchen. The female warriors pre–Lara Croft had to be international badasses and domestic goddesses: James Bond meets Julia Child. 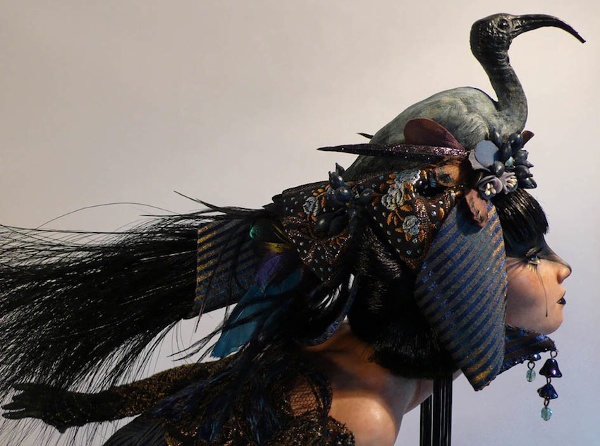 With the rise of women raising children on their own, having to juggle the demands of home life and occupational requirements, their daughters and sons are seeing women who have to save the day, every day. It’s amazing, isn’t it, that in the real world the uptick in female heads of households has coincided with the disappearance of the reliable, rugged, valiant, and devoted male counterpart. As women have grown more deadly in popular fiction, men have become more deadbeat in actual economic statistics. “Deadbeat dads” is a term that is too mired in reality and in sowing real-life misery. (The male characters who single-mindedly and devotedly stand by their queen, either as husband, consort, or friend, are the actual illusion, unbelievable construction.)

Pop culture will always have its heroes — male and female. Since 1996, more and more women have joined that elite canon of characters who are potent and courageous, accountable and invincible. These femme fatales who are able to do it all are fictional, but their origins are the direct result of real-world struggles and real-world desertions. As more and more children grow up with a mother who has guided them alone, or in a two-parent household where the mother has more earning power or may be the only parent who has a job, the rise of superhero females will only continue to evolve.

In the GOT realm, these women are abetted by men who are in thrall to them, by other females who are swearing fealty and loyalty, and by dragons that are ready and willing to be mounted and to incinerate enemies on command. 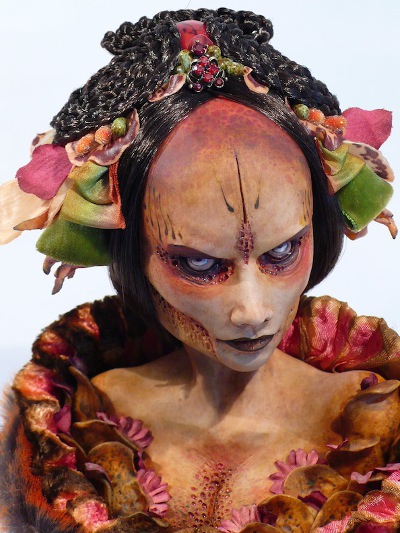 The woman of today doesn’t have a dragon to climb upon, but she does have more control in setting her own goals and her own path than she did a generation ago. It is definitely too bad that this increase in self-reliance and self-determination had to come about as a result of male abdication of responsibilities. It shouldn’t be a man’s world, or a woman’s world. It should be a person’s world — where both parties are free to follow their dreams. Equality shouldn’t come about because of a scorched-earth policy. Dragons and their dragon riders have to learn how to rein in the fire breathing before every one gets burned out.