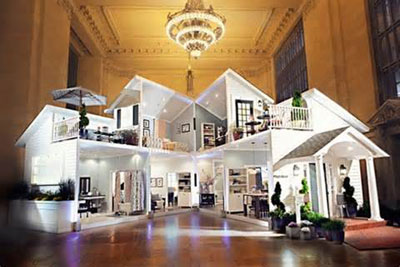 In Vanderbilt Hall, the centerpiece of Grand Central, Target set up this life-size pop-up installation, an interactive dollhouse. Without foot traffic, it looks like a toy. 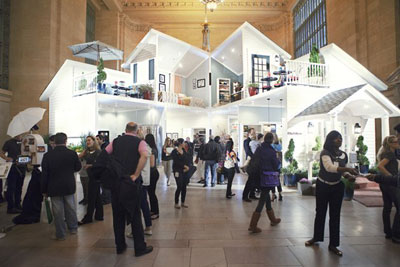 Pedestrians walk about and examine the 1,600-square-foot marvel. 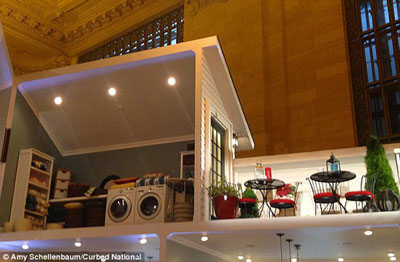 Captured by photographer Amy Schellenbaum, the rooms of the Target “Threshold” house have a dollhouse feel, but loom above the commuters below. 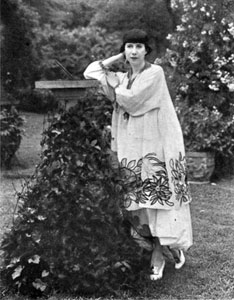 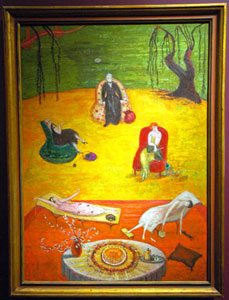 “Heat” is one of Stettheimer’s most acclaimed paintings. It hangs in the Brooklyn Museum, where it showcases a quiet day at the Stettheimer home. 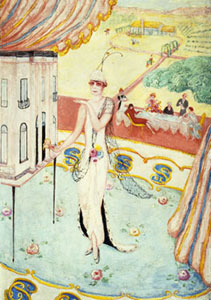 Florine idealized and memorialized her sister Carrie in this portrait. Carrie is posed next to her dollhouse, a 20-year undertaking. 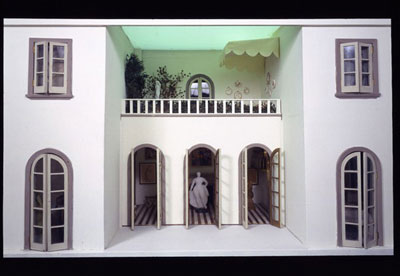 The Stettheimer Dollhouse, painstakingly created by Carrie, is on permanent display at the Museum of the City of New York. 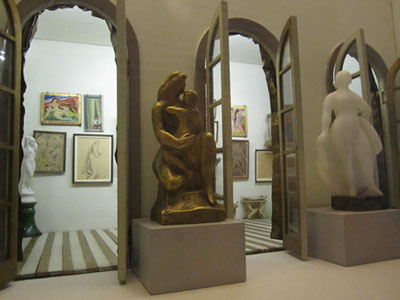 The dollhouse is home to authentic works of art made by some of the Stettheimers’ famous, talented pals. 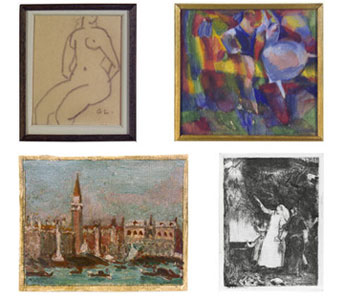 Here are some of the famous pieces found within the tiny house. 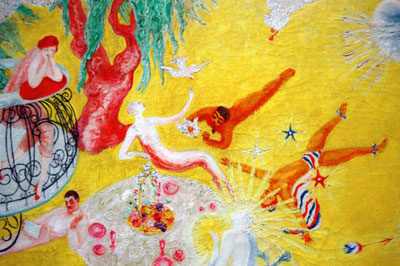 The Stettheimers lived their days pursuing what they loved to do. “Life as a Circus” urges people to love, laugh, and live.

Memorial Day weekend is the kickoff to the summer getaway season. For a lot of my neighbors and colleagues, this means a trip to either a rental home or a mortgaged seasonal cottage. I, unfortunately, am real estate deprived. So, for me, it’s a “staycation.” That means, I’m staying close to home—if not downright in my home—and seeing what my neighborhood and surrounding cities have in store.

Sure, I’d love to have a summer cottage or a winter retreat, and I am sort of addicted to clicking on the Yahoo stories that tease about homes for sale at under $50,000. But I think I’m more inclined to own a first-rate dollhouse than an abode in the Hamptons or on Fire Island.

Interestingly, my pal Cam had a face-to-face encounter with a full-scale, life-size dollhouse. (Or, I imagine, I should say face-to-façade.) He was at Grand Central Terminal, a gorgeous, sweeping hub of commuter trains and commerce in New York City. Cam wasn’t going anywhere; he was just antsy and was looking for a way to feel like he was “on the move.”

He wandered into GCT—that’s what the “kids” call it—to do some shopping, browsing, and rubbernecking, and, boy, did he find something unexpected!

Smack in the middle of the building, he wandered into a 1,600-square-foot dollhouse! Constructed by Target (the big box store), it featured over 4,000 of its products set up in a facsimile of everyday life. Staff was on hand to explain where the items could be found in one’s local Tar-gey (pronounced that special, sort of French, upper-class way) and to explain how the “pop-up installation” got built.

Cam was knocked out by it, and told me, “It was like that Ikea melancholy. You know, that Scandinavian despair you feel when you know your home décor will never measure up to that store’s room boxes.”

I agreed. The Ikea buildup (seeing everything professionally arranged on site) and then the letdown (your home’s reality) is something we both have experienced.

The Target make-believe house both encouraged and discouraged Cam. It showed you don’t need an enormous bankroll to make a place look chic and comfortable. But it also made him a tad weepy: “When am I ever going to have 1,600 square feet in Manhattan?”

What was odd about the timing of Cam coming upon this setup was that we had recently gone to the Brooklyn Museum and saw the fabulous paintings of Jazz Age artist Florine Stettheimer. Florine was an eccentric, artsy, versatile woman who meandered between being described as a “hermit and recluse” and also a “welcoming salon hostess and charmer.” Go figure!

She painted, composed music, wrote poetry, and designed costumes and sets for some of the twentieth century’s most influential playwrights and musicians. Along with her two sisters (Henrietta, known as Ettie, and Carrie) and her mother, the Stettheimer family welcomed some of the most famous folks of the 1920s and 1930s into their Manhattan manse. Among their guests were such world-changing visitors as Marcel Duchamp, Gertrude Stein, the Fitzgeralds (F. Scott and Zelda), Georgia O’Keeffe, and Man Ray. It must have felt like a real-life version of Woody Allen’s recent Academy Award winner, “Midnight in Paris.”

Now, in addition to all of her hobnobbing, Florine Stettheimer is also lauded for her amazing dollhouse! She and her sister Carrie built a doll home that is currently on display at the Museum of the City of New York. I saw it there years ago, but I hope to find time to visit it this summer with my kids. I think they’ll be quite impressed.

She initially got the idea of creating an expansive dollhouse from a charity fund-raiser that she and her sisters were involved in. They built dollhouses from grocery cartons to auction off to raise money to combat polio. Carrie enjoyed that so much that she decided to make her own masterpiece. Hence, the building began, and it evolved slowly and meticulously.

Florine, who was immersed in the New York art world, invited colleagues home to see the progression of the house. Many of the artists contributed original work to decorate the tiny rooms. Marcel Duchamp, for instance, made a replica of his famous “Nude Descending a Staircase” to add to the small environ.

The painstaking work that was done to make the Stettheimer Dollhouse into such a Jazz Age jewel is remarkable. Next to the Target pop-up installation, it is a tiny effort, but what a large, heartfelt one.

With its playful eye of color choices, look-alike family figures who occasionally populate the scenes (dolls have resided there on and off), offerings of first-class artwork by modern-day heavyweights, the dollhouse is both a lovely wish fulfillment and an historical glance into a heady, romantic, long-ago world that may never have truly existed, except in Carrie’s fertile mind.

Yes, all of these people did cavort together and create together. But who knows where Carrie was in that picture? Considered even more of a mystery than her sister Florine, Carrie was a true homebody, loving nothing more than to sit in her family’s parlor surrounded by her mother and sisters.

Sadly, when the Stettheimer matriarch, Rosetta, died in 1935, Carrie was shattered. She stopped work on the house, and left two of the 12 rooms undone. Her sister, Ettie, who was the family’s executor, and the last survivor, completed the rooms in the style of Carrie when her sister passed away in 1944. Ettie arranged the art gallery and dining room in the vein of her sister’s style and sensibilities.

The Stettheimer Dollhouse is a tribute then to past accomplishments, familial bonds, legacies that are loved and are doted upon, and a valentine to a family that adored the notion of “home.” Their house was their world, and Carrie’s bequeathal to our world is her idealized dollhouse and tribute to her home.