Bard Beauties: The play is indeed the thing for these Shakespearean-inspired dolls. 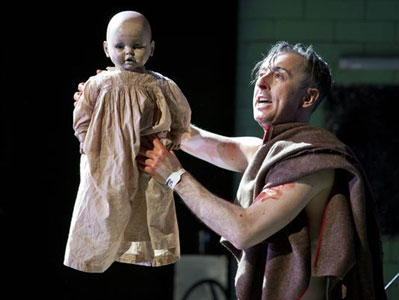 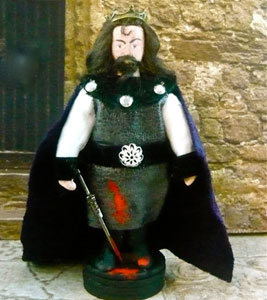 The onetime good man who falls for false praise and faulty information is made by a doll artist known as Uneek Doll Designs. The Macbeth interpretation shows him in his vain glory. 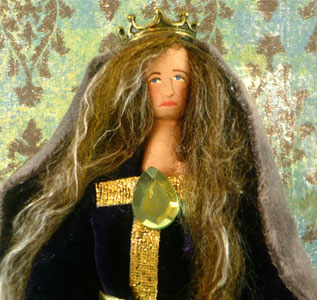 Manipulative, ambitious, seductive, and deadly—those are the traits that define the steel-spined Lady Macbeth. The doll re-creation is made by Uneek Doll Designs. 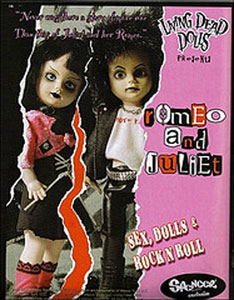 Mezco unveiled for its Living Dead Dolls this macabre duo of deceased teenage lovers. Created as a Spencer’s exclusive, the Romeo and Juliet pair is instantly recognizable. 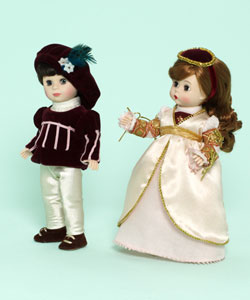 “Never has there been a tale of more woe, than this of Juliet and her Romeo.” Madame Alexander puts its perfectly tailored stamp on the young lovebirds. 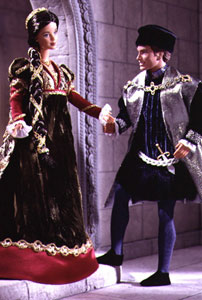 Barbie and Ken are two of pop culture’s most famous couples. It’s natural that they have assumed the costumes and the roles of Romeo and Juliet a few times over the past 50 years. 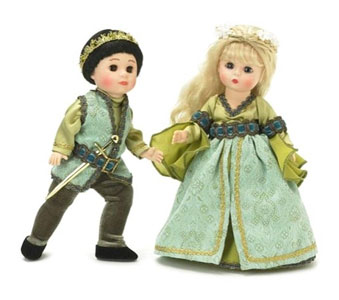 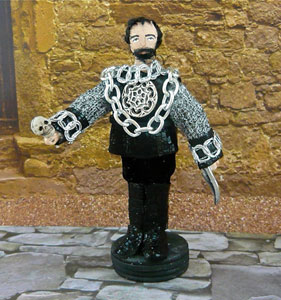 The “melancholy Dane” is interpreted by Uneek Doll Designs. Complete with the skull prop, this doll is one of the many Shakespeare-influenced finds on Etsy. 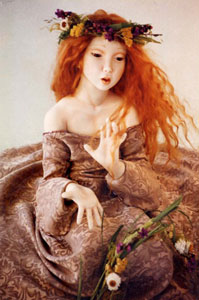 Steven Shipman unveiled this stunning wax-over-porcelain version of Ophelia in 1997 for a DOLLS magazine celebration of Shakespeare. 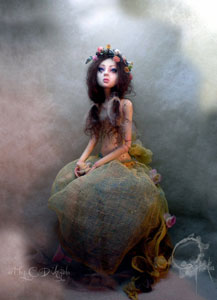 This lyrical and languid doll, by Cdlite Studio, is a BJD interpretation of the all-too-fragile and frail Ophelia. The artist who lovingly fashioned her is Connie D’Angelo DiMichele. 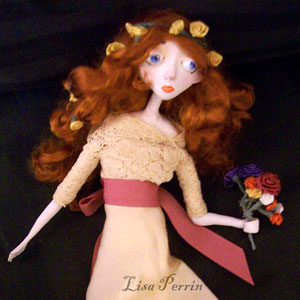 Ophelia has influenced many artists to reach into their souls and connect with their emotional and vulnerable sides. Here is a fetching depiction by Le Lapin Triste. 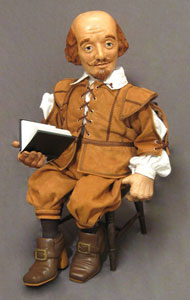 All the world was a stage for the “Bard of Avon.” Xenis created this very dramatic rendering of William Shakespeare. 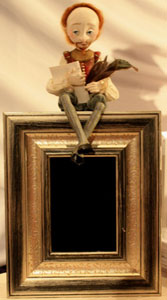 The Friedericy duo certainly brushed up on their Shakespeare with this look-alike figure.

One of the best things about living near New York City is the fact that theater is there for the watching. I can’t say “for the enjoying,” because (quite truthfully) some of the productions that end up on the Great White Way are anything but great. They’re often mediocre, or sometimes worse than that. Off-Broadway and off-off-Broadway often have much more risky fare, and many times will offer up the most imaginative and satisfying evenings.

The setting of this scaled-down “Macbeth” is a mental institution, so we, the audience, are left to wonder if he is reliving these events in his head, has memorized this text and has been driven mad by it, or has committed his own unforgivable crimes and is seizing the Shakespearean tragedy to compensate and to navigate his lost ways. Pretty heady stuff!

When the Tony nominations were announced last month, poor Alan didn’t garner a nod. I felt bad for him, and bad for the baby doll, too. I’ve seen a lot of shows that have been populated by casts of seemingly uncountable numbers, and they’ve not made such a lasting and lurid impression.

There’s something frightening about a grown man, with blood on his hands and on his torso, whose only friend is a mute, plastic plaything. And there’s something even more chilling and memorable when the lone man on the stage is espousing some of the greatest speeches ever written. His “sound and fury” signified something, and his accomplice on the stage held sway over the crowd by not speaking a syllable.

As a doll enthusiast, I already know how much power a doll can have in a person’s life. Eight times a week now, theatergoers are getting to witness this firsthand.

If you’re not able to catch him in this limited performance—it’s a limited-edition show—you can still grab a Bard-and-doll experience with a host of Shakespeare-inspired dolls. Over the years, many individual artists, companies, manufacturers, and unexpected sources have released dolls that are based upon the playwright’s most famous creations.

Naturally, the star-crossed lovers of “Romeo and Juliet” have been fashioned as beautifully garbed dolls. The ill-fated Ophelia and her swain Hamlet have also been transformed into doll forms.

The array of creations that owe a debt to the Elizabethan poet and dramatist is incalculable. There are fairy queens and fairies fashioned after “A Midsummer Night’s Dream,” as well as spirits and magicians who hail from “The Tempest.”

For this blog, I’ve showcased some of the designs that caught my fancy. There are confused princes, maudlin teens, suicidal maidens, and weak-willed husbands with overly persuasive wives. Why, Mr. Shakespeare, himself, even takes a bow.

I love that the world of doll artistry permits collectors to pursue their literary favorites while also appreciating the talents and artistry of today’s creative men and women. It’s the best of both worlds: timely designs of timeless characters. These Shakespeare dolls are indeed such stuff as dreams are made on.