The other day I purchased a doll. There’s nothing new about that statement. Certainly, it doesn’t rise to the level of blog-worthiness. Except: the doll was a Ken Fashionista (brunet) and it was for my son.

All right, I already know there are a bunch of readers who are rolling their eyes. Half of you are thinking, “Is she crazy? Why would she encourage her son to play with dolls?” The other segment is wondering, “What’s the big deal? A doll is just a more stylish action figure.” And then, of course, there is the group that reacts with a solid “Whatever . . .” But that group would mean I’d have to rewrite everything as thirds, not halves, and my math is just not that good. (I’m sort of like arithmetic-challenged talking Barbie that way: “Math is hard.”)

When I went to Target, I initially planned on just buying a shower curtain and a tube of toothpaste. Total bill should have been under $35. By the time I emerged, $100 lighter (why does that always happen?), I was pushing a cart filled with essentials, impulse purchases, and items that were irresistible bargains. To my way of thinking, the Ken was a definite essential. 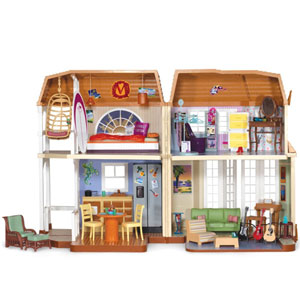 My son, who is 8, and my daughter, 6, play together all the time. It’s quite miraculous that they haven’t been divided yet by that “boys rule” and “girls are icky,” “boys smell” and “girls are smarter” mind-sets. They generally like one another. For my daughter’s Christmas gift—was it only last year?—we bought her a huge replica of Hannah Montana’s beach house (an irresistible bargain). It was an enormous sight to behold, and she loved it . . . for a moment. However, she likes to play with her brother (more than with her dolls), and the beach house now sits abandoned, sort of like our own plastic version of the foreclosure tragedies that are sweeping the nation.

How to get my daughter to reinvigorate her playing and to populate her doll house once again? The solution: get Tommy a doll of his own.

For a while, he was drafted into service via an old Ken doll that was decomposing in my 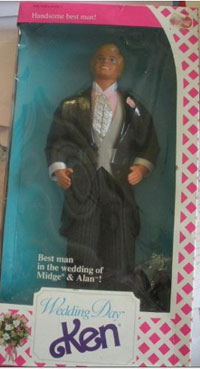 basement. Even though “Wedding Day” Ken had never been out of his box, being preserved in plastic did 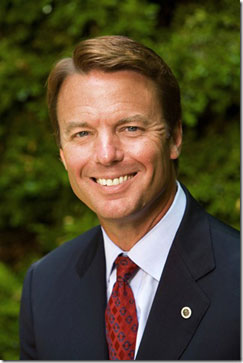 not do any favors for the pretty boy. His lapels had disintegrated; his tie was losing its stickiness; and just being put way for nearly 20 years had rendered him a stylistic dinosaur. He just had such a retro feel to him—it was as if I was handing my son an Abe Lincoln action figure and trying to convince him the mustache-free beard was a contemporary, chic look. It wasn’t flying. Though one thing I did discover as I was brushing off the Ken box and spraying him with Febreze, that doll looks a helluva lot like John Edwards. It gave me pause about allowing him into the beach getaway populated with a pep squad’s worth of nubile fashion models and TV characters. I figured Tommy needed a new doll.

Deciding which doll to purchase for a son is a defining moment. As I strolled down the toy aisle, there were many masculine figures beckoning me. GI Joes, Transformers, Iron Men, Thors, and Captain Americas were lined up, flexing and posing. It was like a bodybuilders convention: so much testosterone and vanity. Is that what I wanted to give my son? Sure, these dolls were relatively in scale with the size of her 11-inch fashion dolls, but they were all so brutal. It would be as if her Barbies and Camp Rock dolls were inviting the Grim Reaper over to play. “Sure, come in, superhero with a glow-in-the-dark sword and shield. You’re welcome to sit and share a cup of tea with us, before you go out and avenge . . . something.” I didn’t want the interaction to be a pause before the final Apocalypse broke out in the toy room. 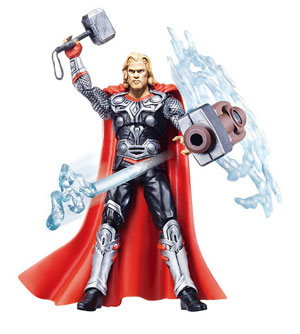 What other doll could I bring into the fold?  Yes, Thor has nice chiseled features and a to-die-for jawline, but he also has that enormous hammer, which, you know, is going to lead to trouble down the road.

My other options, which were less visibly bellicose, were the consorts of Bella from the Twilight 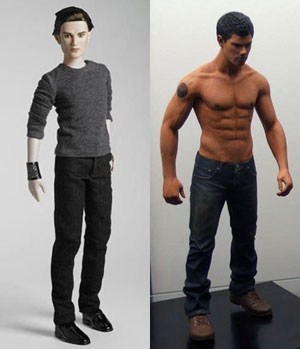 saga. I had my choice of ethereal, delicate Edward and beefy, shirtless Jacob. Not being a member of either “team,” I looked at the pale vampire and the bulging werewolf, and declined either choice. I’m like Groucho Marx in that regard: I don’t want to belong to any team that would have me as a member.

Edward, with his white pallor and hollow eyes, looks like he would shrivel up and die the second he steps foot into Hannah’s Malibu home. I don’t think there is an SPF high enough to protect that wan skin tone. Sunlight can be brutal on the undead. And Jacob? A person should not go through life stripped to the waist, always just one step away from either showering or taking part in a pick-up basketball game. (“Shirts vs. skins, anyone?”)

That’s why I ended up with good old reliable Ken, repackaged and reformatted for 2011. He’s not dressed in a wedding tux or a stiff suit and tie. He’s in jeans and a graphic T-shirt that boasts “1961.” That’s the year that he made his debut into the fashion doll universe. And now, 50 years later, he’s paying a necessary visit to my children’s doll house.

At a time when unemployment among males is at an alarming all-time high, Ken is still doing his job: he’s the perfect escort/companion/accessory/arm candy/boyfriend for Barbie, and for all other 11-inch dolls. He’s also the ideal entryway for letting a little boy forget about laser guns and battle cries for a spell. Let’s face it: sometimes it’s simply good to be a fashionista. 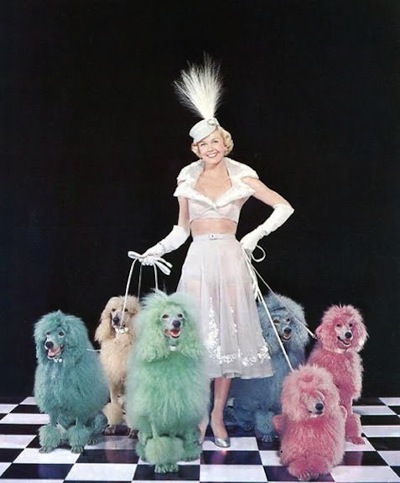