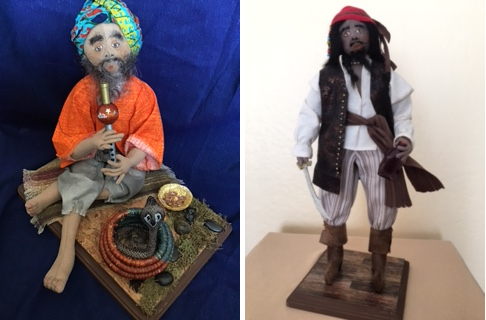 DOLLS reader Joan Elizabeth Paul recently sent us the following examples of her creativity. “I have been making fabric dolls for several years,” she said. “Sometimes I like to write a poem to go with each doll.”

She added that her fabric dolls have wire armatures. “Ranec the Pirate is approximately 15 inches tall. He holds a 3D-printed saber and antique glass bottle. How the Flute Woos the Snake is about 8 inches tall, seated. I made the flute from wood, and I found the snake and basket at a local craft store.”

The Flute Player
(How the Flute Woos the Snake)

They move as one, entwined together
Of outsiders they are unaware
Mystically taking each other’s measure
In a strange harmonic affair

As the notes recede and melt into the night
the snake has accomplished her feat
She seems to sigh, as a lover might
Being contented and replete

My name is Ranec, I’ve been bought and sold
by men of wealth and hearts stone cold
But a slave I did not want to be
I dreamt of freedom, and the open sea 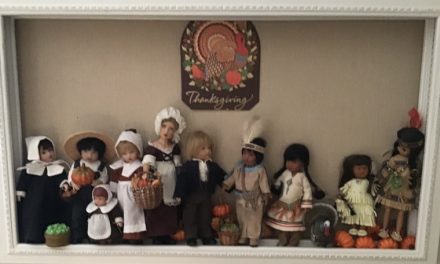