Dishing About Dolls: Celebs let their hair down and their doll opinions fly! 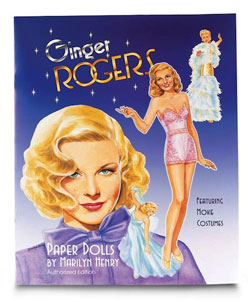 Oscar winner and extraordinary dancer, Ginger Rogers had her career and costumes immortalized as a paper doll book. 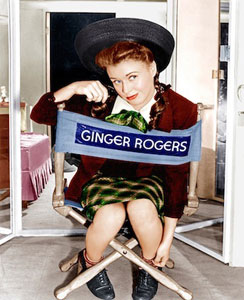 In the classic comedy “The Major and the Minor,” Ginger Rogers masquerades as a precocious preteen—to save railroad fare! 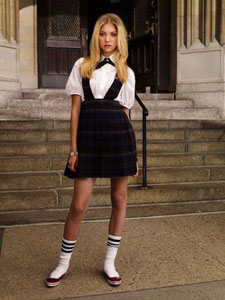 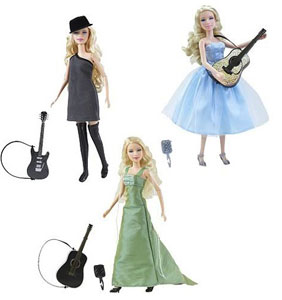 Country and pop sensation Taylor Swift was made into a series of fashion dolls by Jakks Pacific. 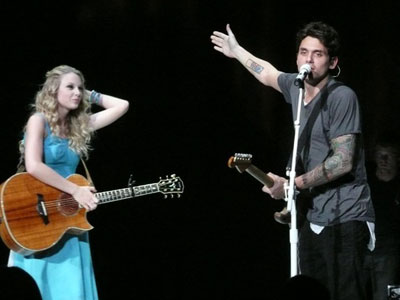 In their happy days, the king and queen of the music scene dueted on a Disney ditty. Taylor and John 4 Ever? Uh . . . like never! 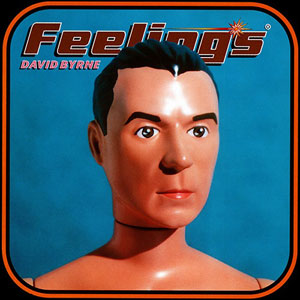 On the cover of his Feelings album, David Byrne appeared as a Ken-like doll. 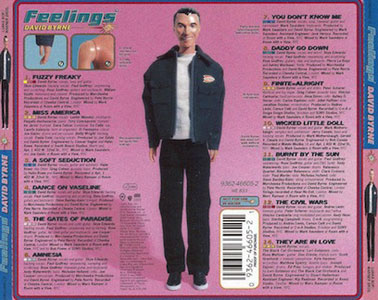 The very clever album packaging (remember albums!) featured the look of a doll box. The full-length David doll was shown on the back. 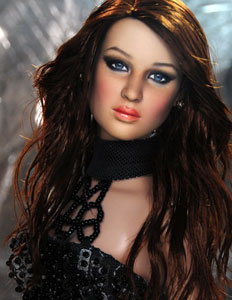 Noel Cruz, the master of celebrity repaints, has fashioned a spot-on version of the charismatic and award-winning Jennifer Lawrence. 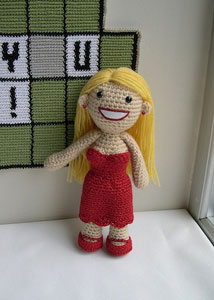 A Karabout doll of TV personality (and yarn enthusiast) Vanna White, made as an Amigurum Crochet character by designer “Kara.”

I love to talk! Even beyond that, I love to read, browse the Internet, and discover really intriguing sound bites. With everything circulating on the Web these days, it seems as if quotes should be termed “babble bytes” because everyone’s thoughts—whether they are kilobytes or megabytes in length—will be borrowed, circulated, and blogged about.

Celebrities do tons of interviews, write lots of memoirs, pen self-help tomes, and chat up a storm—either on their own or through the help of a really good publicist (or even ghost writer).

With all the hands-on grooming and professionally primped garbing that the stars go through—male and female alike—it’s not surprising that the notion of being like a doll pops up so frequently. Here, then, are some pretty eye-opening confessions regarding dolls, dreams, and doing one’s own thing—when their agent gives the green light.

“The ugly duckling is a misunderstood universal myth. It’s not about turning into a blond Barbie doll or becoming what you dream of being. It’s about self-revelation—becoming who you really are.”
Baz Luhrmann, director/film producer/Technicolor guru

“I traveled with my mother, Lela, and there was never enough money. I always had to roll down my silk stockings and carry a doll when we bought train tickets so I could go half-fare! If we had $3, we always figured how to tip for the trunks and still eat!”
Ginger Rogers, Fred Astaire’s dance partner, who did everything backwards and in 3-inch heels

“I do myself up kind of like a doll. I have a doll collection and I look at their outfits and kind of imitate them.”
Taylor Momsen, Gossip Girl actress, lead singer of the Pretty Reckless, Cindy Lou Who in How the Grinch Stole Christmas

“I love looking like a doll and all that stuff, like playing dress up, but when I’m home, sweatpants and T-shirt. When I’m in the studio, sweats and a tee.”
Nicki Minaj, rapper and not-returning American Idol judge

“I don’t think I’m alone when I say, I’d love to have a doll of Heidi Klum. What would I do with it? I can’t say. . . .”
Howard Stern, shock jock and returning America’s Got Talent judge

“I was honored and humbled when a doll was made of me. I hope my doll can inspire little girls to dream big and to do more with their futures! Fairy tales can come true for you. Just don’t be so fast to think the villain always wears a black hat or a black cape.”
Taylor Swift, country cross-over singer and queen of the breakup song

“You’re like 22 girls in one/And none of them know what they’re running from/Was it just too far to fall for a little paper doll?”
John Mayer, one of Taylor Swift’s exes and the king of the breakup song

“Being made into a bear or a doll is strange, but you come to accept it. I look at our dolls and bears and I think, Our stomachs should be pressed and a voice would say, ‘I love Justin Bieber!’”
Harry Styles, laughing about One Direction’s conversion into teddy bears and dolls

“There’s nobody else that can double me, except for a doll!”
Verne Troyer, Dr. Evil’s Mini-Me

“People thought I was this doll that came to life, so I would have different people just treating me very strangely, as far as I was concerned. They wanted to see if I was real.”
Emmanuel Lewis, pint-sized actor who starred on Webster

“I knew I wanted to have a doll of myself on the cover. I thought, ‘I wanna see myself as a Ken doll.’”
David Byrne, lead singer and resident genius of Talking Heads

“Being married is kind of like being a Ken doll; you don’t get to dress yourself anymore.”
Grover Norquist, American advocate for reforming the U.S. tax system

“In a way, he made me think of a child doll, with brilliant faintly red-brown glass eyes—a doll that had been found in an attic. I wanted to polish him with kisses, clean him up, make him even more radiant than he was.”
Anne Rice, mistress of the supernatural and onetime doll-museum curator

“I never thought I’d say this, but I think I’m turning into a rag doll. When the stylists and the hairstylists come at me, I just go limp. If they want to put lipstick on me, I just pout for them. I’m a living, breathing doll.”
Jennifer Lawrence, Academy Award–winning actress and empowered Hunger Games icon

“I enjoy getting dressed as a Barbie doll. What red-blooded American gal would?”
Vanna White, world’s most famous letter-turner

“These days, a woman is supposed to have a Caucasian’s blue eyes, full Spanish lips, a button nose, tan skin that is flawless, the hips of a 9-year-old boy, Michelle Obama’s arms, and Barbie’s breasts. The only person who has come close to achieving this is Kim Kardashian—who, as we know, was designed by Russian scientists to defeat our Olympic athletes.”
Tina Fey, speculating on the ridiculous requirements for today’s modern woman 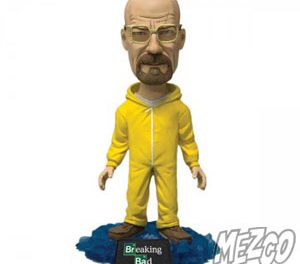 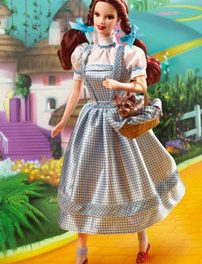