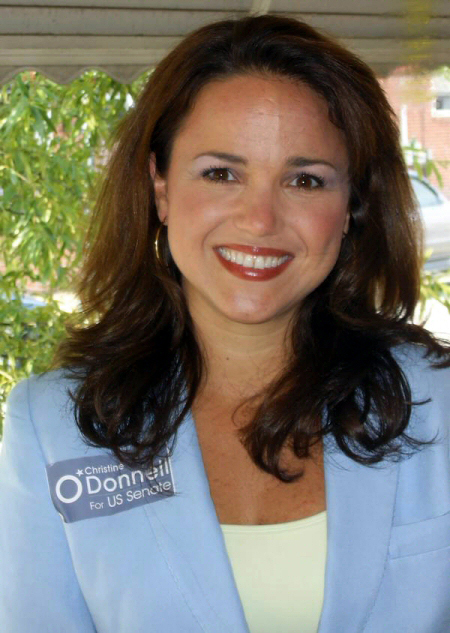 I was channel-surfing the other night, and I came across a teaser on the news for a Christine O’Donnell witch doll. In case you’ve been living in a cone of silence for the past two months, O’Donnell is the Republican/Tea Party-backed candidate for U.S. Senator in the Delaware senatorial race. I stayed through the commercial break (which featured a lot of ads for vitamins, pills, weight reducers and sexual enhancers—we Americans are a wreck) and settled down to see what the scoop was about the witch effigy.

It seems that a company called HeroBuilders, based out of Oxford, Conn., has decided to capitalize on the candidate’s teenage flirtation with the occult. Her admitted dalliance with the devil—to impress a boy she was dating—has turned into an Internet and radio call-in sensation. Some people are wondering why the GOP couldn’t have supported a more viable, less eccentric politician, while others are glad to have one more solid fact to demonize the Tea Party movement with. Whichever side of the aisle you belong to, you have to admit that a televised self-proclaimed confession of being a practitioner of the “dark arts” is a comedy gold mine.

Being an intrepid snoop, I immediately went in search of HeroBuilders and clicked on its Web site: www.herobuilders.com. The lineup of available dolls is a rogues’ gallery of current event darlings and past event villains. It’s like a resin time capsule of folks who have enjoyed their 15 minutes of fame and others who wish they could have fled from the press’ unblinking focus.

Along with Christine “Bewitched” O’Donnell in her Halloween garb, there is also the “Executive Action Figure” model—a much more staid and ordinary replica of Christine in a mundane office-sensible ensemble. Right beside this new lightning rod for controversy is America’s tried-and-true poster girls for senseless partisan attacks and undeniable self-promotion: Sarah Palin and Michelle Bachman.

In addition to the Conservative coterie, there are also Democrat targets: Michelle and Barack Obama are praised and parodied; Joe Biden is on hand, as are John Edward and Tim Geithner, along with other progressive and Liberal members of the Cabinet and U.S. Congress. 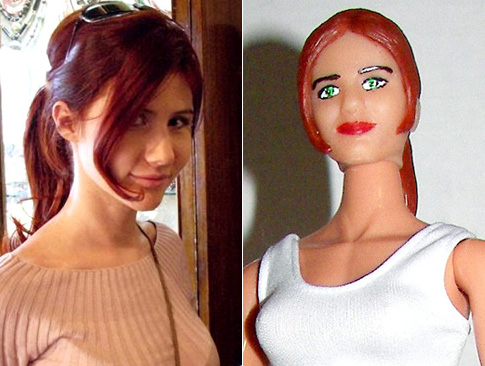 What is fascinating about the dolls is that they are rather clunky, and would never pass inspection by a doll aficionado or a panel from NIADA or the UFDC. However, these likenesses aren’t being peddled for the collecting connoisseurs. They are most definitely novelties, or perhaps a step up from that. They are three-dimensional renderings of what we are gabbing and blogging about on any given day.

With a news cycle that cranks so quickly, and cable stations that never sleep (I can attest to that as an insomniac), there are so many people who have been plucked from obscurity by the press and have been paraded about as a star of the moment. These lucky or unlucky folks, depending upon your privacy quotient, strut across our flat screens for a week or two, and then mostly fade into darkness. If they are viable, they can land on their feet while landing a reality show gig (think Rod Blagojevich), or they end up forgotten and posted as a Trivial Pursuit question, circa 2008. (Joe the Plumber, anyone?)
Both Rod and Joe are action figures at HeroBuilders, and that is what captivated me about this site.

The re-creations are a hodge-podge of good guys and bad guys, wild cards and champions of the status quo. It’s a lineup of characters that made me think, does character really matter? In today’s world, what makes a hero, and why are certain people built up while others are torn down.

That’s a heady meditation from looking at a page of plastic people, but that is how it affected me. As my eyes wandered over the valentine to Anna Chapman, the curvaceous Russian spy who was recently exposed—and is literally exposed as a pinup on this site—and the dubious  treatment of Hillary Clinton and Dick Cheney, I had to laugh and shake my head. It honestly doesn’t matter anymore what you’ve accomplished or why you’ve done it. All that seems to matter is how your handlers have packaged you, and did the American people buy into it?

With a perceived “Satanist” running against a self-ascribed “bearded young Marxist” for a seat in the U.S. Senate, the voters in Delaware have an interesting choice to make: Do they go for the Salem-variety witch or the HUAC Committee “witch” of the 1950s? Either way, it’s a race worth watching. I think I’ll consult my OUIJA board for the outcome.

Photo Captions
When a videotape from more than a decade ago surfaced showing Christine O’Donnell (top) talking about her dalliance with witchcraft, the airwaves began to buzz with wisecracks and outrage. A doll (top) of senatorial candidate O’Donnell in stereotypical witch clothing quickly flew to the marketplace.

The Spy Who Loved Everyone? People couldn’t get enough of Anna Chapman—a sexy, sultry spy, who grabbed headlines and the attention of red-blooded men everywhere. The globe-trotting Russian secret agent has just resurfaced in the news this Monday, when it was announced that she was recently hired as a security advisor to the president of the FondServisBank.