Before she became a full-time doll artist, Cindee Moyer was a human resources manager for a manufacturing company in Iowa for 15 years. One of her accomplishments she’s most proud of was integrating refugees into the company’s workforce. At the time, Iowa was processing large numbers of refugees from Bosnia, Vietnam, and Sudan. “Our company was expanding rapidly, so working with the Bureau of Refugee Services, I was able to hire 30 refugees in the first month — and that was just the beginning,” Moyer said.

As the non-English-speaking employee base continued to grow, Moyer contacted an English as a Second Language (ESL) instructor in the area. Together they developed a 12-week job-specific ESL program, offered on Saturday mornings, which included a class on the citizenship test. Students who successfully completed the program earned a $250 bonus from the company.

At the time, the program was a unique approach to integrating non-English speaking employees into the workforce. “Our efforts were covered in Forbes, ESL Magazine, and HR Magazine,” Moyer said. By the time she left, the company had 850 employees, 360 of whom came from one of 17 countries outside the U.S.

“I was able to leave my job and focus on dolls because I have a very supportive husband, Mike, who kept his day job!” Moyer said. “We’ve been married for 25 years. Together, we have five adult children and 16 grandchildren.

“Five years ago, we added an upper floor to create a studio for me, and it has allowed me my own space; a place where I can leave my mess and walk away — an inspiration in itself.”

Moyer said she’s always crafted, and her shifting interests have included basket weaving, quilting, woodworking, and mural painting. “I always had an urge to create something,” she said. “The medium didn’t matter.

A dollmaking workshop was the pivotal point that changed everything for her. “When I attended a dollmaking workshop with Akira Blount in 2003, I knew I had found my niche. Dollmaking encompasses so many different types of the crafts I had done over the years and adds even more. The best thing she did was show us how she made the pattern, but then we had to make our own, as there was no pattern supplied. That was very freeing and enlightening.

“I had made dolls from other people’s patterns before, but I had never considered designing my own. We made two cloth dolls in that workshop. I came home and made more — pretty much the same doll over and over again, varying the fabrics and hair. Interestingly, the more I made, the more they evolved. I started making smaller dolls, getting braver as I worked, and I noticed my own style imprint in the newer pieces.”

At the suggestion of an online shop owner who had seen those pieces, she began making more doll patterns and started traveling to teach. She was enjoying both the process and progress in her craft, as well as the teaching. She then took a workshop from Olga Roéhl on sculpting in paper clay. “My world changed that day,” she said. “I loved it! I began adding paper-clay legs to cloth bodies, then I started sculpting full bodies in paper clay over a wire armature.

The rest of this article can be seen only by paid subscribers who are logged in.

Never created a website login before? Find your Customer Number (it’s on your mailing label) and register here. 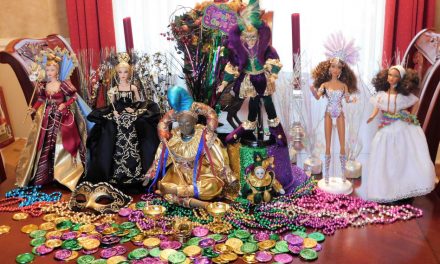 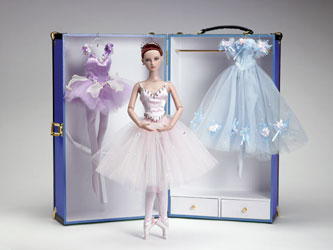 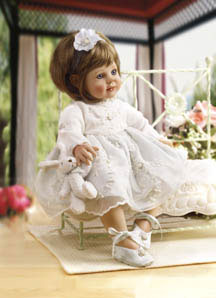