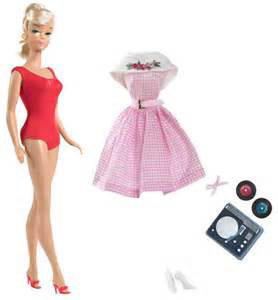 Barbie—known as a teenage fashion model—didn’t have such a wholesome origin. 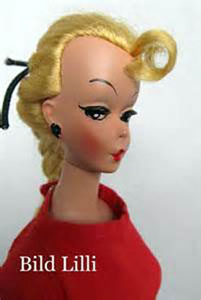 The very randy and racy Bild Lilli was the inspiration for Barbie. 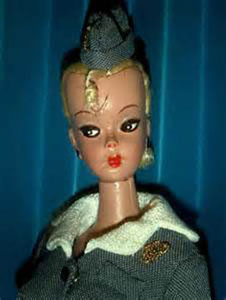 The German Lilli was sophisticated and worldly. She got around! 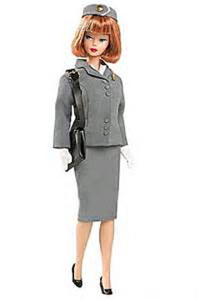 Barbie in 1966 donned a stewardess uniform, too. 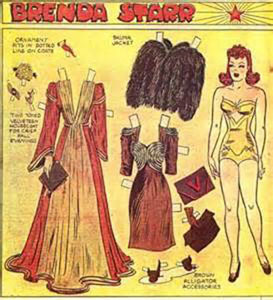 Intrepid reporter Brenda Starr was made into a variety of paper dolls, including her own creator Dale Messick. 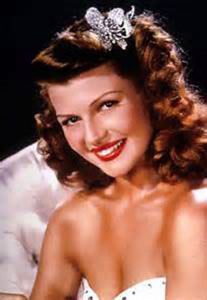 Rita Hayworth was the face and body that gave the star power to Starr. 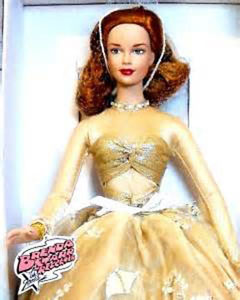 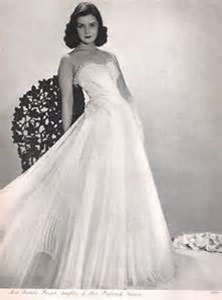 The gal reporter got her first name of “Brenda” and sophistication from debutante Brenda Frazier. 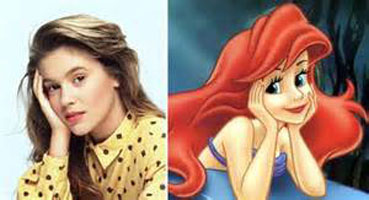 Alyssa Milano has been revealed as the face and winsome attitude that inspired Ariel. 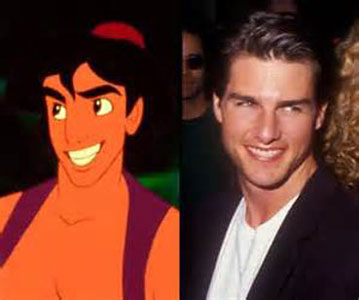 Did you know that Aladdin got his killer smile and athletic aptitude from Tom Cruise? 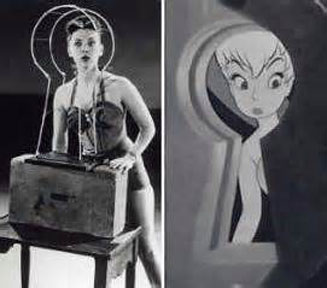 For months—nearly half a year—actress Margaret Kerry pantomimed the flitting and fuming movements of Tinker Bell. 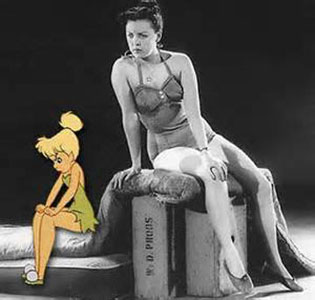 Margaret Kerry was the silhouette and the exuberance behind everyone’s favorite fairy.

It seems that there are a few truisms in life: the sun will always come up tomorrow; you can’t escape death and taxes; Disney will always find a way to land in the news cycle. This week, a long-held rumor about Ariel, the underwater princess, has surfaced to the top of the blogosphere. If you’ve ever wondered whom the redheaded nymphet was based upon, the answer is the very young, teen-star sensation Alyssa Milano.

The raven-haired, doe-eyed, fine-boned co-star of “Who’s the Boss?” was the inspiration for the copper-tressed, doe-eyed, fine-boned mermaid heroine. When you see a shot of the young Alyssa, you can glean what the animators were going for. She was, indeed, a heartthrob for lots of young teenage boys—and probably some college freshmen too.

Interestingly, the Disney animators were first going to give their Ariel a mane of golden yellow hair. However, the huge splash that “Splash” made, launching the dual film careers of Daryl Hannah and Tom Hanks, was so enormous that the Disney producers feared people would confuse Ariel with Madison, the Hannah character in the Ron Howard flick. It’s because of this peroxide paranoia that the fin-tailed gamine ended up with that flowing, fiery-red coif.

If you have an Ariel doll at home, think about how it’s actually an Alyssa Milano effigy wearing a Lucille Ball wig!

Dolls beginning as a salute to one person, and then emerging as something altogether different, is nothing new. Take Barbie, for instance. The world’s most famous fashion doll—and onetime promoted as a “teenage model”—began her life as a Germanic “sex toy” named Bild Lilli.

Yes, as hard as it might be to believe, but the Barbie doll who is often the first play doll for little American girls was first manufactured overseas as a gag/novelty gift for men. Bild Lilli was based on a comic-strip character named Lilli who was a gold digger, a playgirl, an adventuress, a flirt, and a curvaceous, outspoken modern woman. Her witty one-liners and astute put-downs of frauds and phony politicians were followed daily by businessmen, students, and tabloid readers of the male persuasion.

Eventually, her sales as a naughty yet funny doll for grown-up men spiraled beyond that demographic and became sought after by their wives and their daughters. Bild Lilli was spotted by a visiting family of American tourists, who swiftly purchased one to bring home. But the souvenir didn’t just sit on the Handler living-room shelf: no, Ruth and Elliot used it as the basis of their teenage fashion model doll—Barbie.

What an interesting origin. Despite her myriad of occupations over the past 50-plus years, Barbie has never had “gold digger, playgirl, adventuress, or flirt” among them. However, she has matured into an example of a modern woman—if not an outspoken one!

Besides Barbie and her libidinal background, another shocker comes courtesy of Tinker Bell. Next time you are arranging your Tinker Bell statues on your curio cabinet shelves, or your daughter is playing with one of the Pixie Hollow action figures, know that she was based on a real-live person. For decades, it’s been whispered that Marilyn Monroe was the inspiration. Yes, Monroe was comely, shapely, and seemed both innocent and waiflike, as well as worldly and street smart. That’s sort of how Tinker Bell seems in the original 1953 Disney cartoon. That year also marked Monroe’s emergence as a singer/dancer/actress in “Gentlemen Prefer Blondes,” as well as the definitive sex symbol when nude photos of her were published in the premiere issue of PLAYBOY.

It seems so bizarre to think that Tink and Marilyn could be two sides of the same coin: Disney aficionados now dispute it and say that it’s just wishful thinking. The real model and stand-in for Tinker Bell was a fetching actress named Margaret Kerry, who went on to become a popular radio host and motivational speaker. During her time at the Disney Studios, she spent six months on a soundstage pantomiming all the flitting and fuming that came to define the pixie powerhouse.

Another Disney role model—and this one is obvious if you have an Aladdin doll at the ready—is Tom Cruise. When the animators were first sketching the characters for “Aladdin,” their Jasmine was always sultry and exotic. The Aladdin character, however, was considered too gawky, immature, and juvenile. An exasperated line producer muttered, “Jasmine is a full-grown woman in this picture! She’s like Julia Roberts. Who would you star against Julia? Think Tom Cruise.” And the film crew did!

Finally, another doll—paper doll and plastic doll—that sprung to life had Hollywood roots and posh Manhattan pedigree too. The comic strip heroine Brenda Starr sparked a lot of collectibles, but those likenesses were actually nodding their russet heads at Rita Hayworth—one of WWII’s most popular pinup girls—and the “It” girl/celebutante of her day, Brenda Frazier. Frazier, who was famous for being famous, gave her first name to Brenda Starr. And the surname of Starr paid homage to Rita’s clout in Tinseltown, as well as the character’s status of being a star reporter.

So, the next time you see a doll, and you think you’re seeing all there is, keep in mind that there is a large body of history behind each twist-and-turn waist and double knee bend. 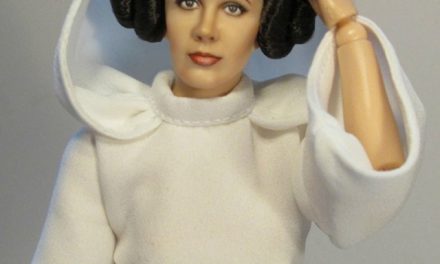