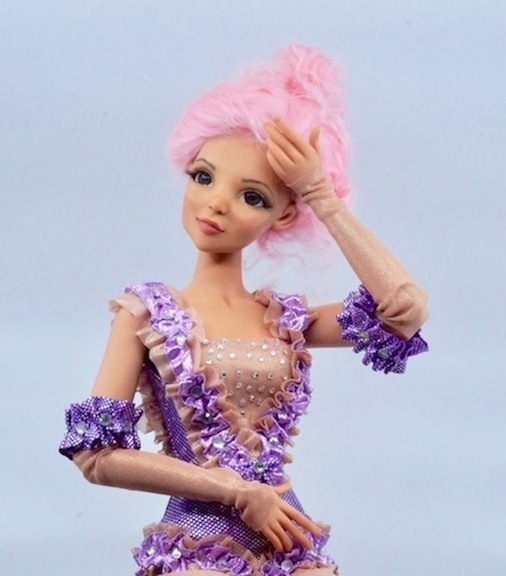 One-of-a-kind portrait doll of Anne Wheeler, as played by Zendaya

Artist Bo Bergemann has made a temporary change to her location. Rather than residing year-round in the tropical paradise of Hawaii, she and her daughter, Bree, have migrated to California so Bree can attend a well-respected school for the deaf. Despite the shift in geography, Bergemann remains committed to conjuring up meaningful and symbolic dolls. Her newest ventures have her looking to the sky and to the silver screen. Gorgeous versions of Anne Wheeler, the aerialist in “The Greatest Showman” musical, are among her brand-new outpourings. This brave and bold character, portrayed by Zendaya, is one of her loveliest efforts ever. 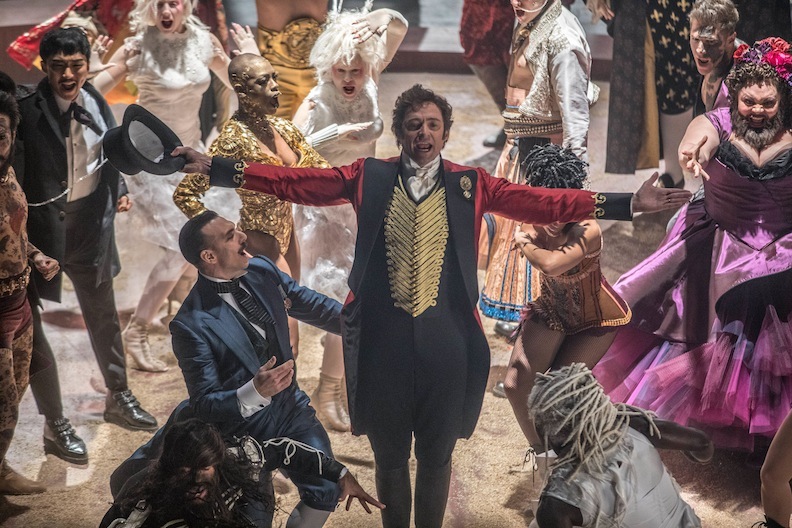 P.T. Barnum (Hugh Jackman) belts out a big number with the oddities in Twentieth Century Fox’s “The Greatest Showman.”

It makes perfect sense that Bo, who has always had an optimistic and forward-looking viewpoint, would become smitten with the Hugh Jackman blockbuster extravaganza. Known for her colorful dolls that often seemed saturated with island charm and rich sunset hues, Bo has selected the perfect motion picture to influence her current designs. The film is set in the circus world of visionary and entrepreneur P.T. Barnum, portrayed by heartthrob Hugh Jackman. The man is a theatrical impresario, but his drive and spirit cannot always countermand the realities that exist outside the “Big Top.” 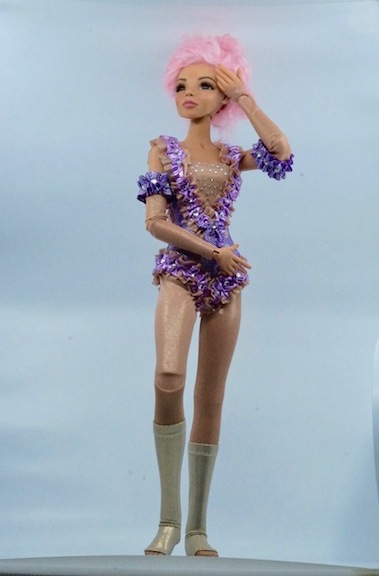 The fictional character of Anne Wheeler, a person of color who is an aerialist, captivated Bo’s imagination. “She is such a vibrant character,” Bo told me. “She is an inspiration to me and to many others. She proves that you should be certain to reach for your dreams no matter what obstacles are put in your way.” 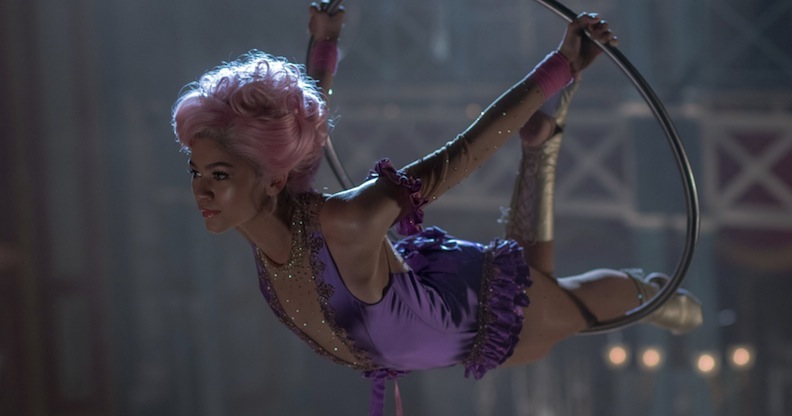 Zendaya suspended above the earth. The actress embodies the African-American aerialist in “The Greatest Showman.”

In the 19th century, the life of a beautiful and talented black woman was a limited one. Her expectations for success and acclaim were limited by her skin color; what she could do, how she could conduct herself, whom she could love, all of these were dependent on where she lived. The views of society at large were not kind to the folks who were different from mainstream America. While toiling and living on the earth, the character Anne Wheeler (Zendaya) is judged and critiqued. However, when she is on her trapeze, freed from the confines of the world, she is able to be who she is meant to be. 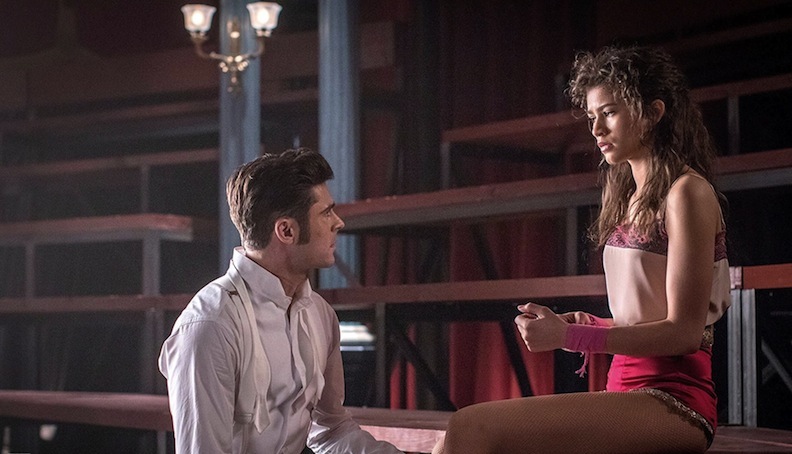 Anne’s stunning looks, graceful strength, and inherent dignity are noticed by upper-class playwright Phillip Carlyle (Zac Efron). He falls in love with her—a relationship that is forbidden and scandalous for those days. The film examines what happens when two souls meet, kiss, and turn their backs on what is expected of them. They are dared to break social conventions. They feel the need to escape the confines of the judgmental and dangerous 1800s. 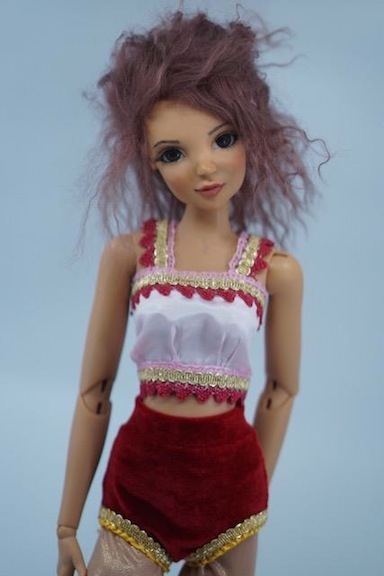 “Rewrite The Stars” doll from “The Greatest Showman” is 21.5 inches tall. It comes in two versions: a Full-set BJD or the Basic BJD.

“Bree and I loved ‘The Greatest Showman.’ It was a treat for all the senses,” Bo admitted. “I fell in love with several of the characters. I did Anne in two variations. One is from the ‘Rewrite the Stars’ video, and the other is the main-movie depiction of her. What a blast that was!” 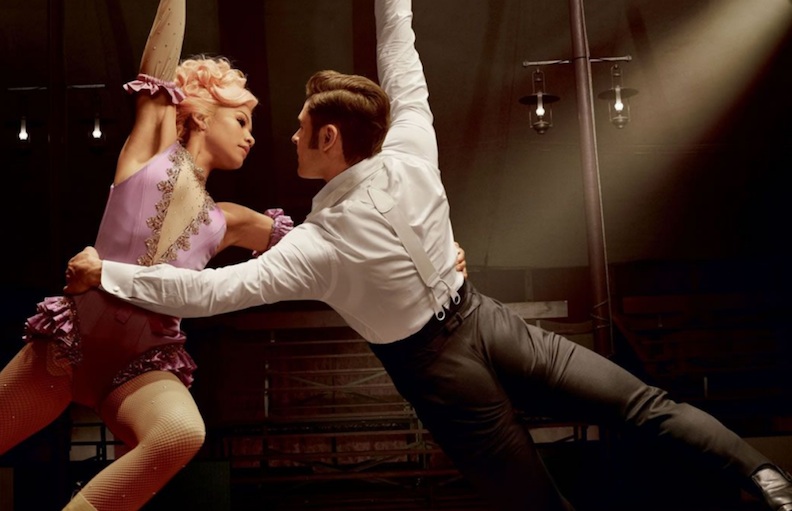 Bo views her 2018 offerings as the culmination of her “Fan Girl dreams.” She is having a ball attending Wonder Con and watching movies in the film capital of the world. Her imagination is in hyper-drive: “Inspiration abounds in the Fan Girl realms, so I’m off in pursuit of one after another, and I can hardly imagine making a dent in all I plan to do in just one year! Making dolls makes me happy. It also makes my collectors happy. My dolls add color and inspiration to otherwise ordinary lives. Whether it is my own ordinary life or the life of a collector, my dolls add something unique, original, and special in a world that is becoming far too cookie-cutter for my tastes.”

Naturally, the razzmatazz and opulent costuming of “The Greatest Showman” spoke to the artist’s penchant for bright palettes, cheerful messages, and promises that things will always get better. Life holds infinite promises and possibilities to find one’s bliss. Bo Bergemann personally knows that to be true. 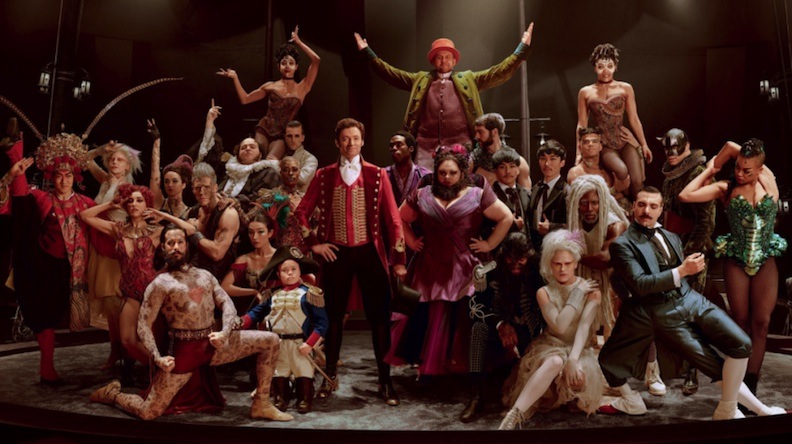 The cast of “The Greatest Showman” (Courtesy of 20th Century Fox)

“I always love to share color and something that will make people smile when they play with the doll or just pass by it on the shelf. I like to share happiness and joy in my work and all I do,” she shared. “I believe most of my dolls share the same. Some are intriguing and some inspire creativity in others. My Etsy shop, which I finally have found time to start paying some attention to this year, is thriving. I believe my creativity inspires creativity in others, and together that grows into something shared, which is always more beautiful,” she revealed. 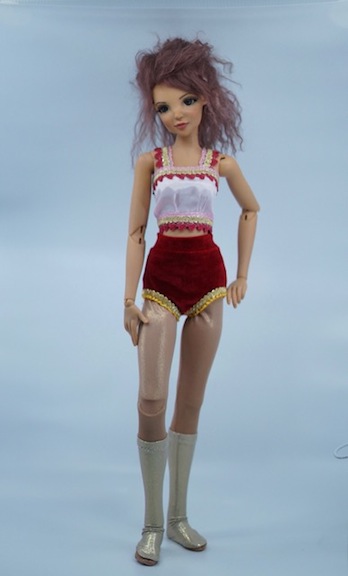 Full-body BJD doll of Anne Wheeler in “Rewrite The Stars,” a video from “The Greatest Showman”

“This is what I love about BJDs. Even though I can do many kinds of art, I persist in choosing doll-making to this day. People share dolls. They play with dolls. They use my dolls to create and to communicate. I love my collectors as friends, and I have many beautiful friends all over the world now because of making dolls. My dolls are now, and always have been, about connections, not transactions for me!”

What Is the Fate of Doll and Toy Publications?