In past postings, I’ve honored the female pioneers who have firmly established doll creating as an art form. The Madame Alexanders and Lencis of the world deserve all the kudos that they have received because they elevated what is often dismissed as a “toy” or “plaything” to a heightened level of beauty and realism. Today’s post takes a look at a modern twist on an empowered woman and, perhaps most important, her dolls that are both empowering and powerfully alluring. I’m talking about Julie Kerwin, who is an author, pop culture critic, music maven, and mentor to up-and-coming young women. Whether she is advising a nascent band on how to compose, present, and market their albums — or raising funds for a charity that is near and dear to her heart — Kerwin is a force that must be reckoned with. 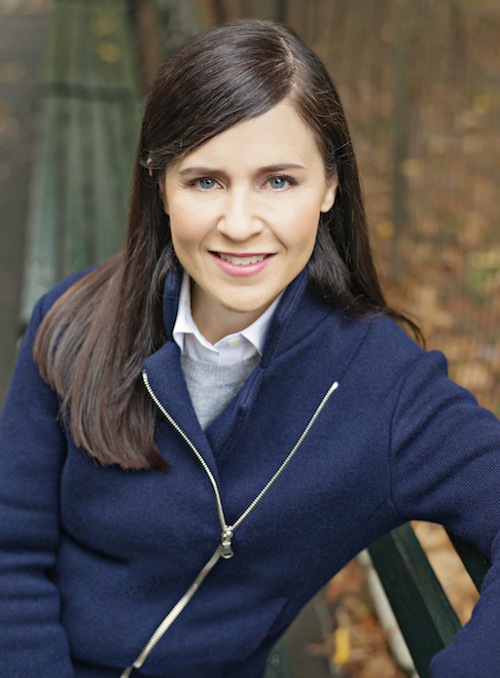 Versatile in both the challenges of secondary education (she holds a certification from Wellesley College) and the law (her JD is from Fordham), Kerwin’s CV is not what one would normally associate with toys, dolls, and playtime. However, when you think about how crucial a toy is in the hands of a young girl, it all makes brilliant sense. There is an undeniable tie between gender expectations and the toys that help guide a child on that road. Now I’m not saying that play is prologue. For example, if as a child you loved an Easy-Bake Oven, you were destined to grow up as the next Julia Child. That would be a nice guarantee, wouldn’t it? 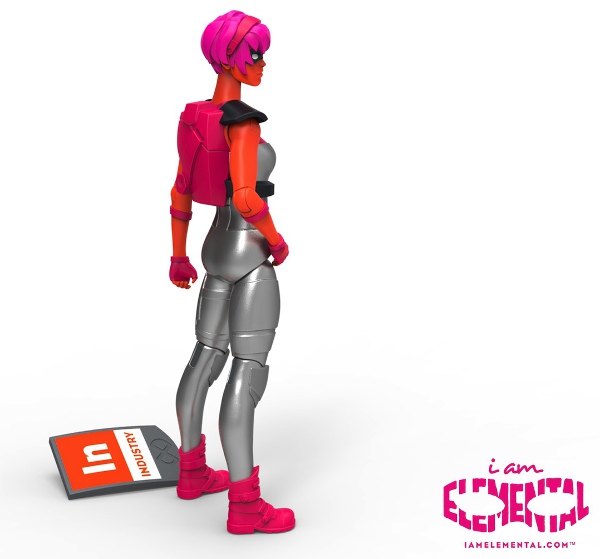 No, not every girl who is carting about a doctor’s kit will enroll in medical school, but the fact that she COULD become a doctor is crucial in the young, developing mind. Think about it. For so many years, the dress-up playtime industry had scrubs, lab coats, and doctor bags for boys. Girls had nurse’s caps, Red Cross aprons, and nursing kits. There was a definite bias in how health care toys were produced. Boys were given the option of doctor, surgeon, chemists, researchers, and pediatrician. Girls — nurses, and nurses alone. 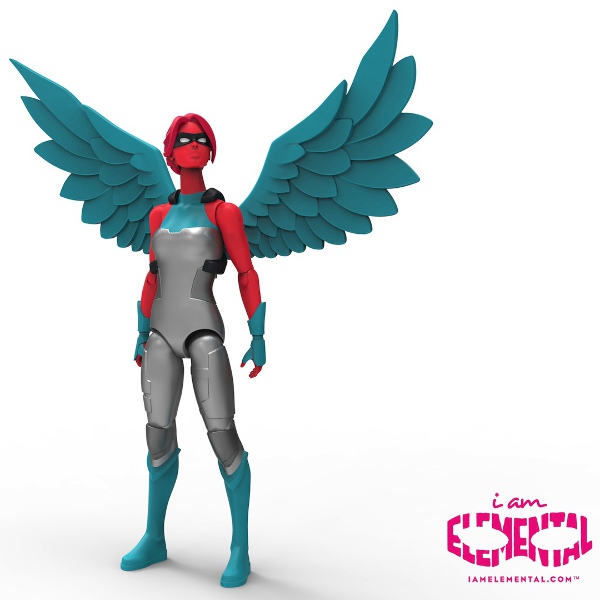 Likewise, the same truisms hold true with all the toys that populated the children’s aisles. Boys have historically been given myriad options. Detective kits, soldier suits, hunters, astronauts, pilots, and superheroes. Girls — teachers, nurses, and moms.

Yes, we all know that to be a great mom, there is a huge degree of superheroic traits that are required: wisdom, patience, courage, determination, love, boldness, empathy, and strength. However, most children don’t associate the self-sacrifice of a mother with the sacrifice of high-flying, high-soaring men of steel. (No women need apply.) 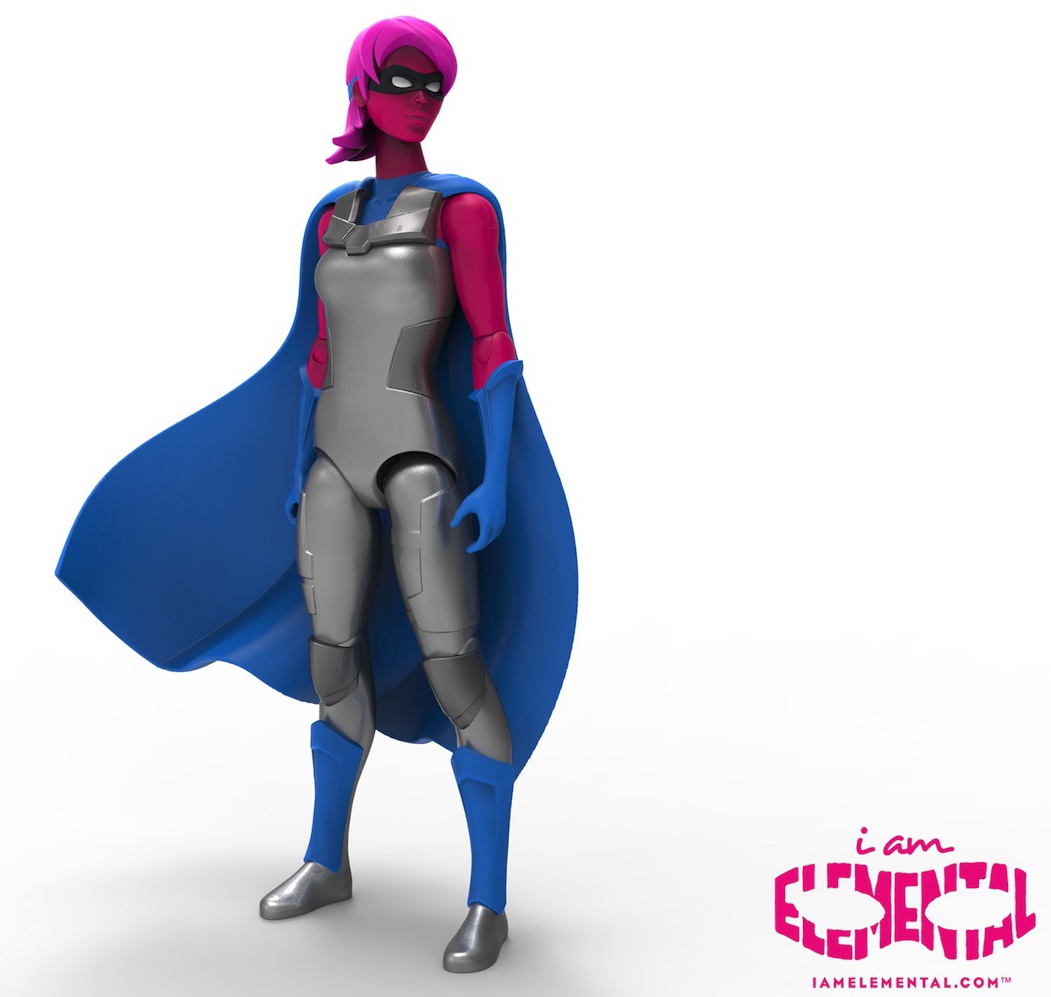 Luckily, times have changed. Dolls being made simply as mother-trainers — a fun way to get little girls accustomed to grooming and nurturing a young one — has expanded to invite female children to envision themselves in bolder and more sensational situations. Rather than having playtime as a training manual (little girls love to bathe dolls; therefore little girl has to become a mother), Kerwin has concocted a line of dolls that will liberate girls’ cravings for adventure and drama. 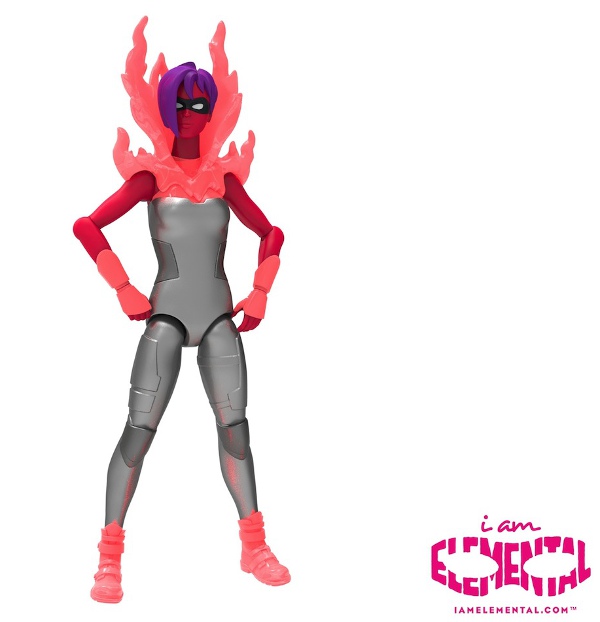 “When we started IAmElemental in 2013, we set out to do three things,” Chief Elemental Officer Julie Kerwin told me. “We aimed to take back the superhero myth so that the child, not the toymaker, defines the powers and controls the story. We focused on creating a strong, healthy, realistic body type, unlike any female action figures on the market. And we wanted the highest quality in design and production — because if it’s not fun to play with, what’s the point?” 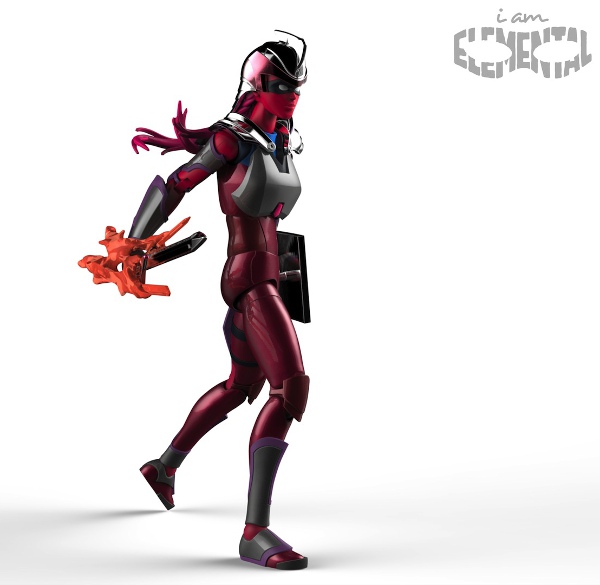 There are two series of IAmElemental figures to currently choose from. The first one that launched was titled Courage. The debuting figures — 7 in all — were inspired by the legend and legacy of Joan of Arc. Each of the first 4-inch articulated figures embodied a trait that was associated with St. Joan: Bravery, Energy, Honesty, Industry, Enthusiasm, Persistence, and Fear. On the heels of these action figures, IAmElemental then launched a super-sized creation — a 6.5-inch Core Power figure that merged all of these qualities in one heroic person. For the debut line, the character was Core Power. 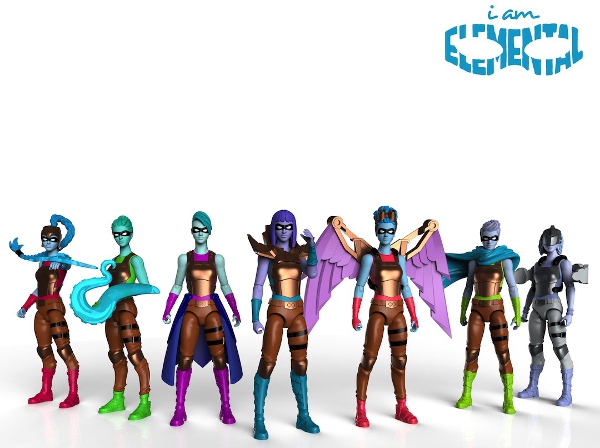 The second series, which is currently being collected, shines a light on Wisdom, and is a tribute to ancient Alexandrian mage and mathematician Hypatia. This long-ago pioneer in the arena of STEM education — science, technology, engineering, math — is a role model for girls who want to pursue a future career in professions that were at one time mapped out for male scholars alone. The notion of a female robotics engineer was once the purview of science fiction alone. Only an H.G. Wells or a Jules Verne would have the audacity to marry the idea of a woman and a microscope or telescope! 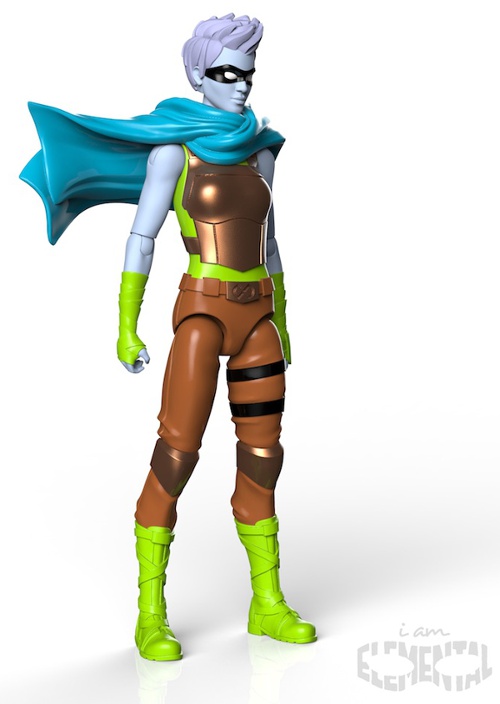 Women had managed to fight and overachieve their way into laboratories and scientific field trials, but their successes were never really heralded or celebrated. Little girls grew up not even knowing these STEM occupations were real, honest-to-goodness possibilities. The characters for the Wisdom Series are Mastery, Creativity, Ingenuity, Curiosity, Logic, Exploration, and Oblivion. 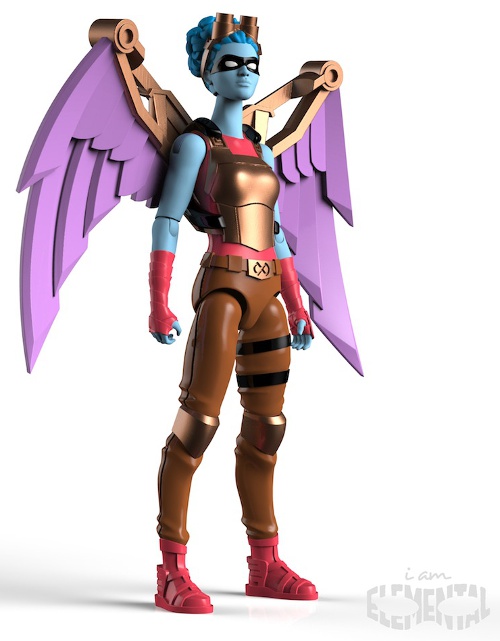 That’s why IAmElemental is such an intriguing line of action figures. While trafficking in the world of the impossible — stalwart superheroes; mythic strength and immeasurable talents; comic-book-style futuristic costuming and poses — it actually encourages the possible. For every little girl who cradles one of these characters in her hands, she is also considering the future road she may be traveling upon. It could lead to a job that was once deemed “men only” or it could entice her to spread her wings and go beyond what she ever might have imagined for herself. 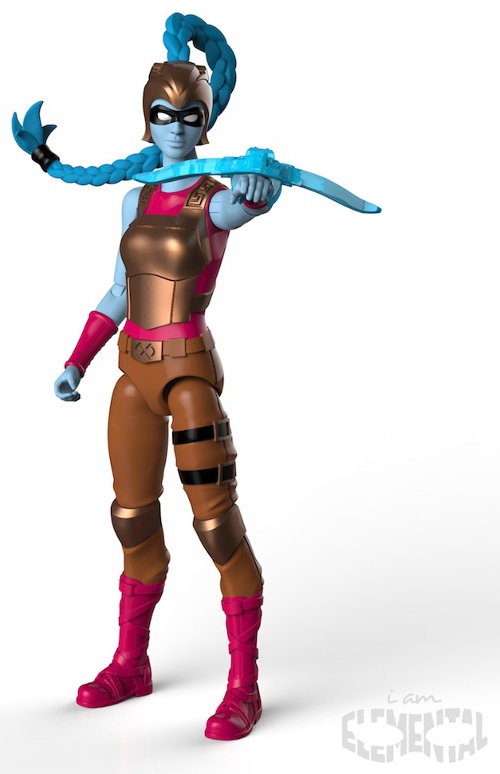 Whether a young girl grows up to be a mother, to be a wife, to tend to a family and a home, it will be her choice — and her choice alone. She will have had the chance to explore other worlds and options in her playroom. The toy chest will not ultimately end up with the hope chest. It will all be the girl’s personal decision and direction. That is very elemental.