The whole world of communicating has changed. Think about how history textbooks and our national archives have been based upon the exchange of both earth-shaking epistles and mundane correspondence. Letters have been the way to express emotions, to beseech favors, to deny endeavors, and just to swap information. Now, ask yourself, when was the last time you sat down to pen a letter?

Everyone, save a few folks who are either elderly or are confirmed Luddites, have grown to rely upon e-mail. And people under thirty have snickered at e-mailing and are committed to texting. The affirmations and proclamations that used to be created by taking pen to paper are now reduced to emoticons and abbreviations via iPhones and iPads.

How we interact with one another has evolved (or devolved, depending upon your view of technology) and the printed-word industry has followed suit.

DOLLS magazine has done a Herculean job of keeping pace with the way people connect with one another. It has a Web presence, a facebook page, and a twitter account. 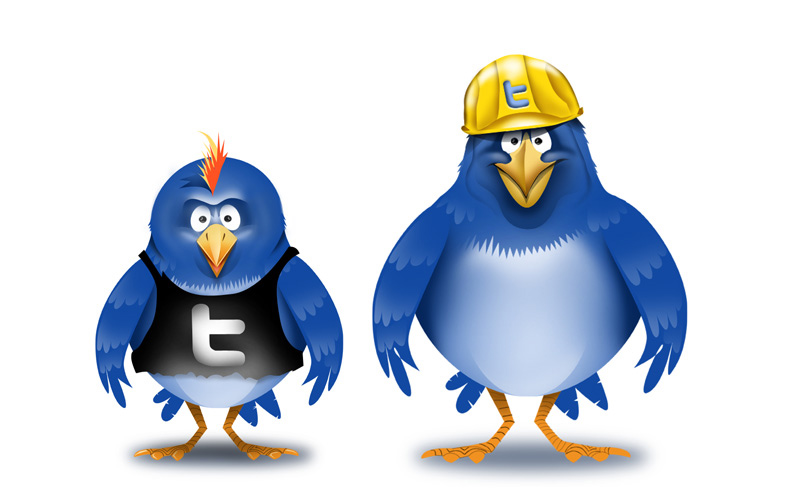 It still puts out the hard-copy magazine, but readers fear that that will go the way of the unicorn, a once beautiful beast that is fabled for its gentleness and glory. However, look around; no more unicorns roam the earth, and diehard subscribers worry that doll magazines may go extinct, too.

Unless the publishers come out with reasons to keep a paper issue going (contests unique to the book version only, full-size poster inserts, special coupons, discounts on merchandise), the notion of a handheld magazine just might fritter away and be replaced by a handheld digital-reading version only. What exactly would that mean? Does that spell the end of doll publishing?

The answer succinctly: no.

Look at the music industry. It has adjusted to every new mode of getting its melodies across. It has gone from 78’s to LPs to 8-tracks to cassettes to CDs to MP3s and iTunes. Throughout all of these conversions, the music producers and artists have found a way to adjust and to capitalize. They realize it’s not the physical packaging that matters, but rather the content. Doll magazine publishers should take that to heart.

The new generation of consumers (aged 40 and under) is not tied into the physical being of products. Perhaps it’s the Matrix effect: they are more concerned with the message and not the medium. Something doesn’t have to be there to be there.

If that is mind-boggling, and I suppose it is at first glance, look at the whole notion of downloading songs. My iPod can hold up to 5,000 titles. That’s staggering. In a tiny machine that can slip into my pocket, I can carry the equivalent of what? 500 CDs. And my Nook eBook reader is able to hold more than 1,500 full-size novels. Amazing is the only word for it.

There is a part of me that still yearns for CDs and albums and paperbacks—I miss the artwork and the liner notes, the cover images and the feel of pulp. But those enhancements aren’t needed, yearned for, or cared about by the younger consumer. They don’t want the trappings; they just want the essentials: the music and the plots. It’s not necessary to store CD jewel cases and books, and then have to buy racks, shelves, and furniture to house things that aren’t considered necessary. This seems heretical to those of us who are collectors/pack rats by nature.

This same notion of dismissing the clutter is coming to the foreground of doll collecting. The biggest movements in years have been the rise of BJDs and doll customizing. Both fly in the face of the collector’s conventional wisdom, which is to package, preserve, and keep pristine. That’s not the case any more. 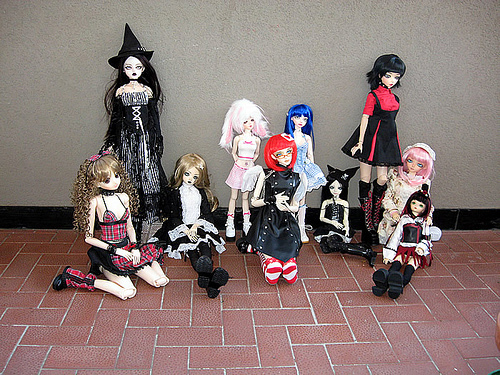 Today’s collectors want to take the dolls out, mess them up and change their hair, their looks, even their genders. Doll customizing of discarded dolls and dolls sold on eBay has become 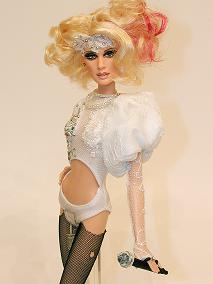 huge, and there is a growing base of people doing it and buying it.

Same with BJDs. No need to buy a dozen dolls. Purchase one and change her as your mood swings. A single doll can be remade and restrung. In iPod terms, her looks can be constantly reshuffled. Perhaps the new doll customer isn’t so much a collector as an active participant in the whole doll world. It’s the difference between passively viewing a sitcom versus playing a PS3 video game. Both involve a TV set, but one encourages watching while the other is a hands-on experience.

Doll magazines—and most definitely DOLLS—don’t need to crumble and collapse on the curb. They can still be major players on the hobby highway, alerting people to trends, burgeoning artists, fads to follow and fads to avoid. However, it might be doing this in a more and more electronic way.

There will always be a need for a resource that brings all components of the doll industry together—a clearinghouse for retailers, companies, artists, collectors, and critics. Whether it is paper-based or digital is secondary to whether it is fulfilling its mission: to educate and entertain. For that accomplishment, DOLLS gets an A plus. I just can’t wait for the next decade, when the doll holographs a la “Star Wars” and “Star Trek” start arriving on my tabletop. Hey, it could and probably will happen!

What Kind of Collector Are You?