It’s difficult to believe, but MTV has turned 30 years old this month. When it first launched, the network functioned as a video jukebox. It was the repository for some really cutting-edge, mind-blowing musical montages. It was also the dumping ground for some pretty schlocky, low-rent efforts. (We’re talking cheesy, clunky musical outings that make Rebecca Black’s self-produced “Friday” look like a spark of genius.) But over time, the network reinvented itself, inspired many vocalists who have raised the video format to a work of art, and cemented its standing as a pop culture landmark. Oh, it’s also given us “Jersey Shore”! So, much for evolution.

During the three decades that MTV has been an anchor of cable-TV packaging, many of the artists have dragged dolls across the screen in their cutting-edge choreography. There is a connection for a lot of musicians and their directors between “creepy” and “eerie” and “baby dolls” and “porcelain China heads.” 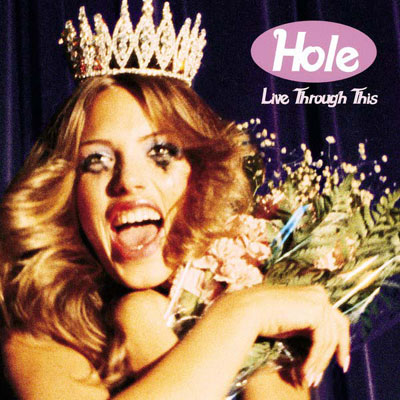 One of the most effective blendings of avant-garde imagery and doll decapitation/destruction has to be Courtney Love and her band Hole. 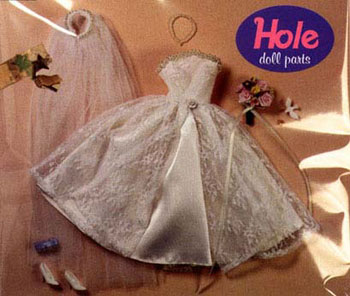 In her 1994 album Live Through This, Love let it all hang out in a miasma of confessional heartache. It is a gut-wrenching album to listen to, and knowing the tragic end of her marriage to the late Kurt Cobain—well, that makes it even more powerful.

If you have access to a CD player—you know, the once-upon-a-time state-of-the-art way to listen to music—find a copy of Love’s album and listen to it as a plaintive, private yet public cry of an injured soul. (A sad role that the singer has continued to play onstage and off.)

The song “Doll Parts” is especially haunting. Written in 1991, it doesn’t have a lot of flash or overproduced pizzazz, but what it has is raw truth and emotion.

Penned 20 years ago, the song and the story behind it are part of rock legend now.

In late 1990, Courtney and Kurt had an awful run-in. Their paths had crossed over the years at various concerts—they both were big 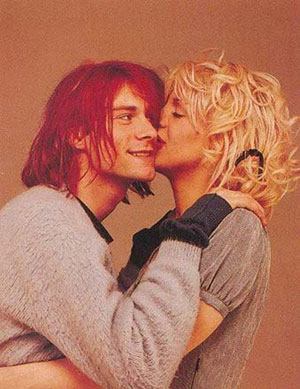 fans of the Melvins and the Butthole Surfers—and they didn’t seem to get along. They were both too talented, too caught up in their heads, too in love with their drugs. (Some people say their premarital encounters would occasionally end in fistfights between the two, and Love often emerged the victor.)

Feeling awful about these wrestling and shoving events, Love decided to make nice.

She went to an antiques store in New Orleans and purchased a wooden heart-shaped box. A doll collector—I know, this is not doing our hobby any favors—Courtney filled the box with a porcelain doll, a miniature teacup, shellac-glazed seashells, and three dried roses. It was her peace offering to Kurt for being such a loud, obnoxious badass with him.

and also Nirvana’s seminal song “Heart-Shaped Box.” Just think a doll was at the heart of these two classic rock-and-roll grunge moments.

For those of you who aren’t familiar with Ms. Love and her role as the front person of Hole, here are the lyrics of “Doll Parts.” Even without the band backing her up, the images and the reality of her raw emotions would make Sylvia Plath blush:

I am doll eyes 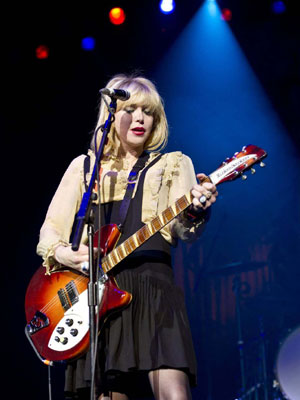 I want to be the girl with the most cake

I love him so much it just turns to hate

I fake it so real, I am beyond fake

I am doll parts

It stands for knife

For the rest of my life

I want to be the girl with the most cake

I fake it so real, I am beyond fake

The years have not been kind to the ballad of Kurt and Courtney. The two married, had a daughter, battled various addictions to heroin, 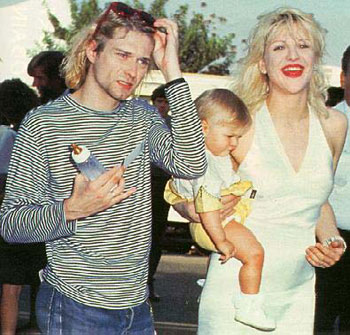 cocaine and other drugs, and eventually their tortured time together ended with a shotgun blast to Kurt’s head. 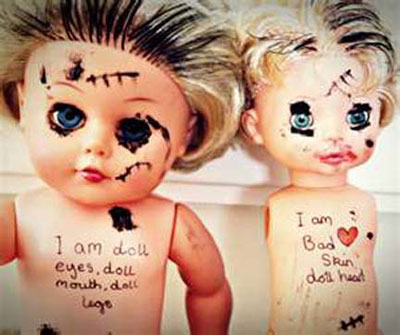 When asked about the suicide of her husband, Courtney Love has been a gossip-monger’s treasure-trove of contradictory answers. She has seemed alternately crushed, broken, liberated, freed, and befuddled. Some evil-minded folks have even suggested that she was behind it—overwrought songbird as hit woman. Preposterous.

But when she is calm, focused, and sober, Love has said that Cobain always had a destructive, dark side.

That’s what her line “He only loves those things because he loves to see them break” means. Kurt was enchanted with destruction and demolition: of others, of objects, and of his own self-worth.

That’s a huge revelation in a song titled “Doll Parts.”

And it’s a lot of anger and resentment and unrequited love that could never fill up her gaping Hole.