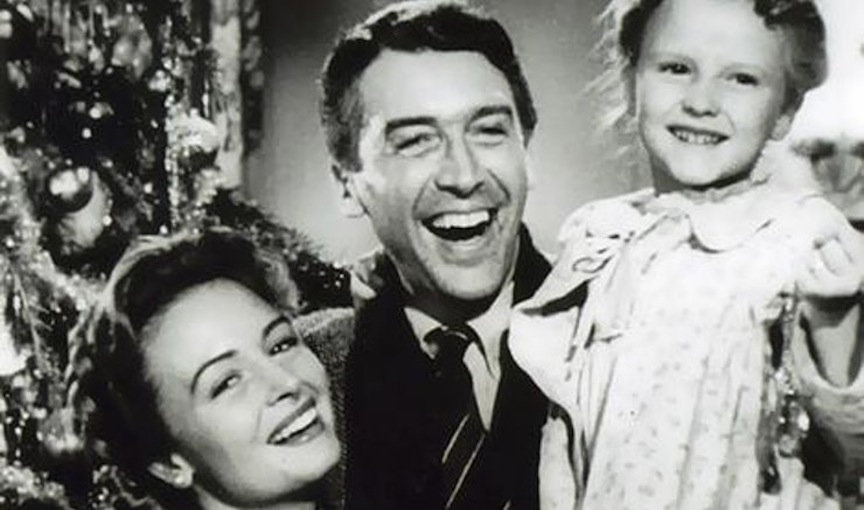 “It’s a Wonderful Life” in all its black-and-white glory.

The notion of being grateful is something that we are taught at a very young age. Saying please and thank you are among the first niceties that children are encouraged to say. However, as we grow older, and we have parroted polite words for multiple decades — some more than others — how often do you really feel what you are saying? How many times do you say thank you and honestly grasp that emotion of gratitude and appreciation? 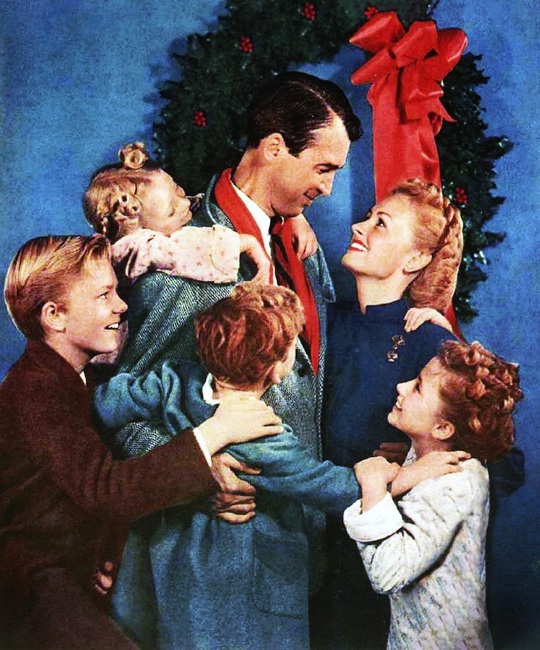 The colorized version, for the fans who aren’t purists.

Christmas is a great time to think about gratitude because it occurs at the end of the year, and all people — practitioners of the holiday and those who don’t — are about to face a new calendar year. Each annual cycle gives people 365 days to ponder how fortunate they are just to be alive and, more important, able to react to kindness and share their own generosity with others. If everyone put aside negative thoughts and concentrated on the positives, it would be a marvelous world — heaven on earth, you might say. Or, if you’re a cinephile (a lover of movies), you’d definitively state that it is a wonderful life, after all. 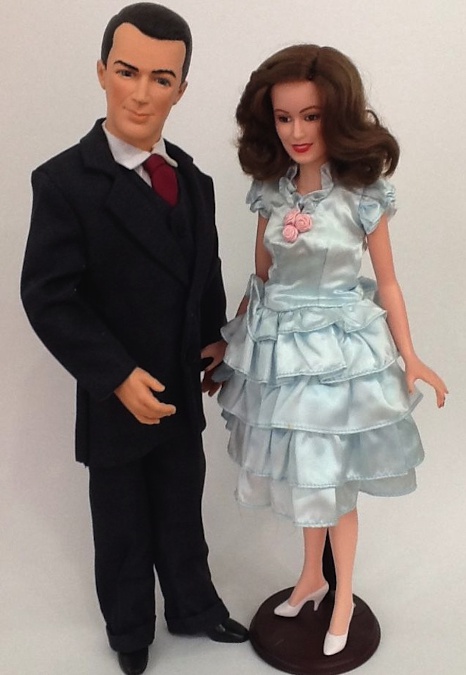 “It’s a Wonderful Life,” made in 1946 and released throughout America in ’47, is considered by many folks to be the best holiday movie ever filmed. Directed by Frank Capra, starring Jimmy Stewart and Donna Reed, it tackles some very somber subjects for an ultimately feel-good Noel flick. Following the travails of George Bailey (played by Stewart after his return from fighting in World War II), the screenplay follows George from childhood to a near-fatal crisis of faith. A selfless man, who is called upon to sacrifice so much for the good of his family, neighbors, friends, and community, George is at the end of his psychological rope. He feels hopeless and distraught, trapped and desperate. In order to help his wife and children, whom he believes will benefit from his insurance policy if he were to die, George attempts to commit suicide on Christmas Eve. 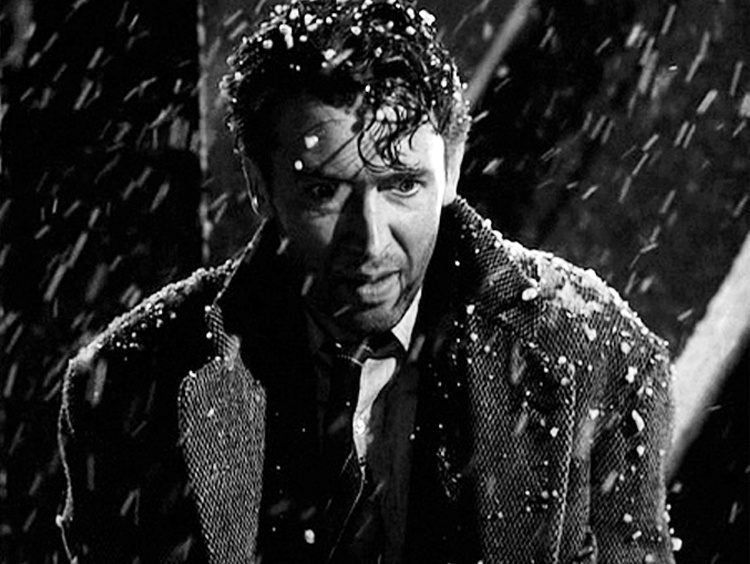 On the high, cold bridge, George faces his lowest moment.

This is such a powerful and heart-clenching moment. It places a character that the audience has come to know and love, in the physical guise of an actor that America had embraced for decades, at the brink of ending his life. The audience wants to reach out and save George Bailey, convince him that it is a wonderful life; he should not discard it. 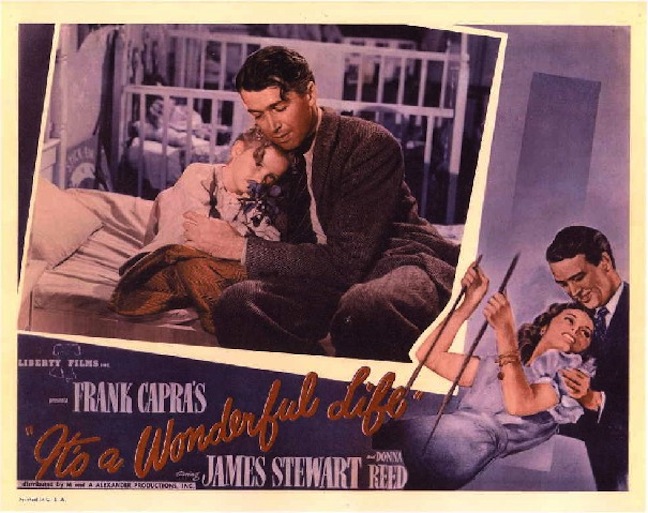 For anyone who hasn’t seen this movie, please scout for the time that it is playing on your cable TV system or find if it is streaming from one of your digital providers. It is a beautiful film, and the emotions that it provokes from the viewers are sincere and enduring. One of the cinematic symbols in the movie is a set of flower petals. These ephemeral petals, which fell from the flower of George’s youngest daughter Zuzu, end up as the touchstone that helps to convince George that he has a second chance at existence, another opportunity to deal with life’s difficulties and to persevere. 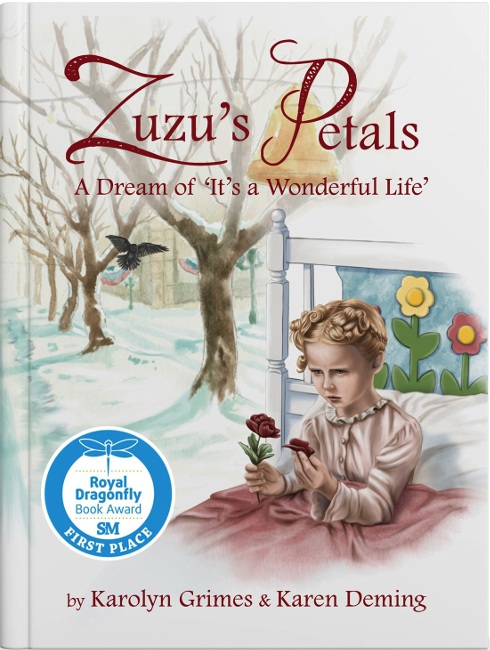 Zuzu was played by a young actress named Karolyn Grimes, and I had the chance to chat with her when she was doing publicity for a doll that was made in her character’s image, as well as promoting her own “It’s a Wonderful Life” museum, scrapbook, and line of collectibles. Grimes began her career in Hollywood before she could even read or write. At age 4, she was learning her lines phonetically and was cast in the roles of adorable daughter, cute grandchild, little sister, or spunky orphan. By the time she was a “ripe old” veteran at age 6, she was cast in the small part of Zuzu Bailey. Even though her onscreen appearance might have been limited time-wise, its impact has been everlasting. As little Zuzu, Karolyn made the most of her lines, and she recited the oft-quoted, always moving: “Teacher says every time a bell rings, an angel gets his wings.” Try listening to that observation without reaching for a huge wad of Kleenex. 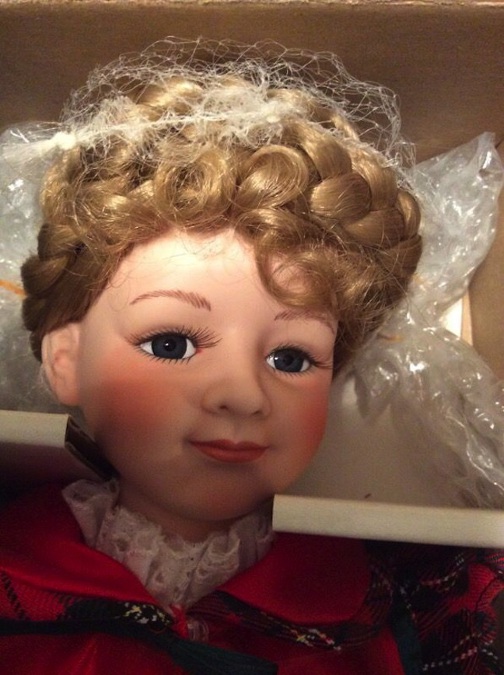 A close-up view of the sought-after Zuzu portrait doll

When I met Karolyn, she was well aware of how much her line and its innocent delivery has meant for movie viewers the world over. She recalled what it was like to be in a film with America’s favorite, most genuine hero.

“I remember how tall he was. He was so tall and thin, and I remember having to look way up to see his face,” she said about Stewart. “When I had that scene with him when I was lying in bed, and I was asking him about my flower, I made a mistake with the dialogue. I was nervous and I stumbled. I was visibly upset, and he said to me, ‘Don’t be nervous, Karolyn. Concentrate, and I know for sure you’ll get it right next time. No reason to be upset.’ And I listened to him, and I felt more relaxed, and I did get it right. He had that kind of impact on me and everyone else on the set.” 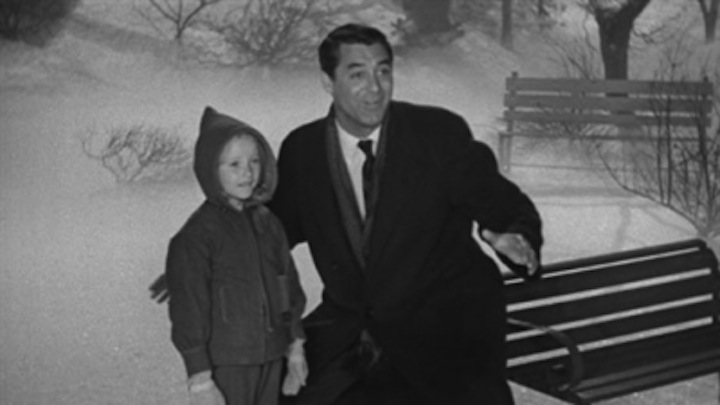 Cary Grant and Grimes in “The Bishop’s Wife”

Grimes made another Hollywood Christmas classic, which appeals to a more sophisticated sensibility. Unlike the charming, plain-spoken residents of Capra’s Bedford Falls, where the fictional Bailey family lived, Grimes’s other holiday clan resided in New York City and socialized with upper-crust swells and erudite intellectuals. She played the young daughter of David Niven and Loretta Young in “The Bishop’s Wife.” A romantic/supernatural comedy that starred leading man Cary Grant as a meddling angel named Dudley, “The Bishop’s Wife” was filmed in 1947 and was released the following year. Seven-year-old Karolyn portrayed Debby Brougham and she knew she was in the presence of film royalty. 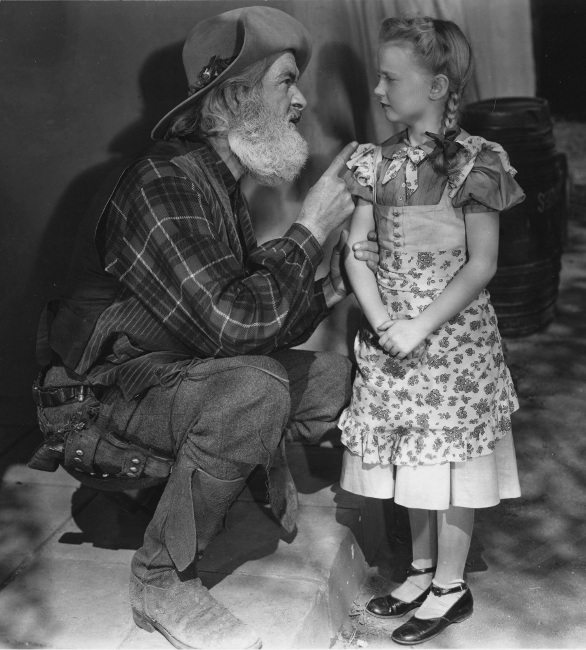 According to Karolyn: “Loretta Young was very nice, but she didn’t mingle with me. I was such a little kid, you see. But Cary Grant was the complete opposite. He went out of his way to play with me and the other children on the set. Part of the movie has Cary and Loretta skating, and he wanted to do his own skating. There was a rink for him to practice, and he loved to play on that. He would run and grab me and he would place me on a sled and then run around with me. It was heavenly!” 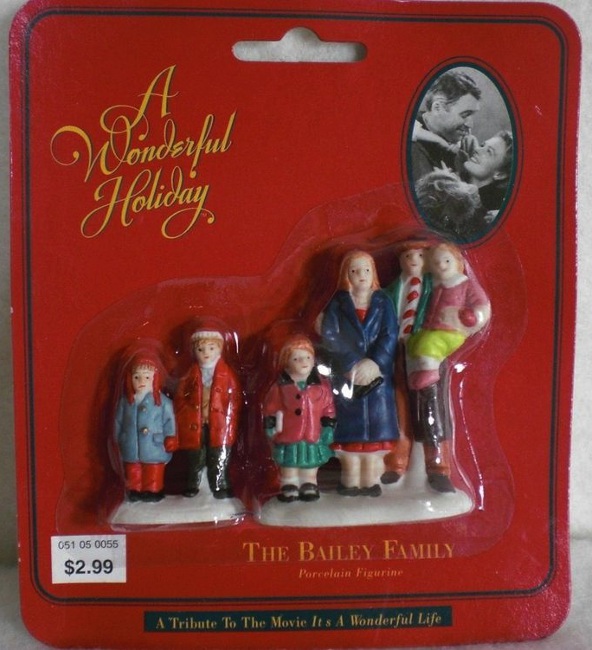 Grimes was a fascinating woman, and the discussion about her past cinematic life was absolutely marvelous for a movie buff like me. She can effortlessly drop a name like rugged he-man John Wayne — he threw a 10th birthday party for her while on the set of “Rio Grande” — or a dancing dervish like Fred Astaire (“He moved like he had no bones and was walking on air”). 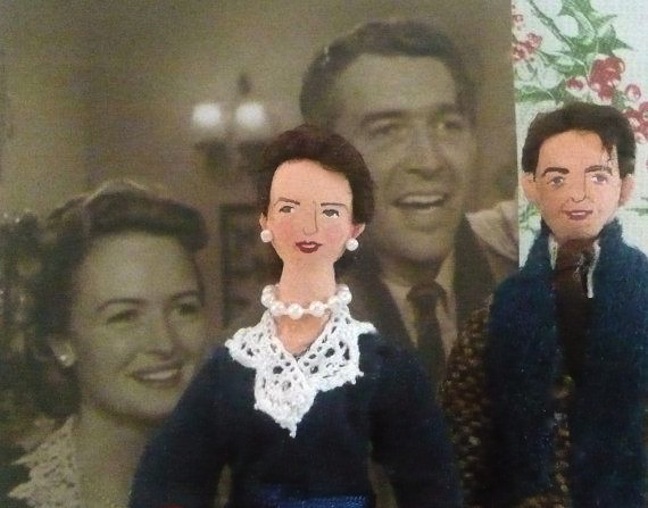 Mini doll renderings of the Baileys from Etsy

Despite her almost magical brushes with greatness, and the large volume of work she accomplished as a child actress, Karolyn Grimes always remained level-headed. Her life was filled with marital heartache, familial setbacks, and the everyday sorrows that can confront believers and nonbelievers. Grimes always managed to watch, listen, act, and react. She applied the advice she picked up on the sets of Capra, John Ford, and Henry Koster: “Pay attention and consider your next move before you do it.” 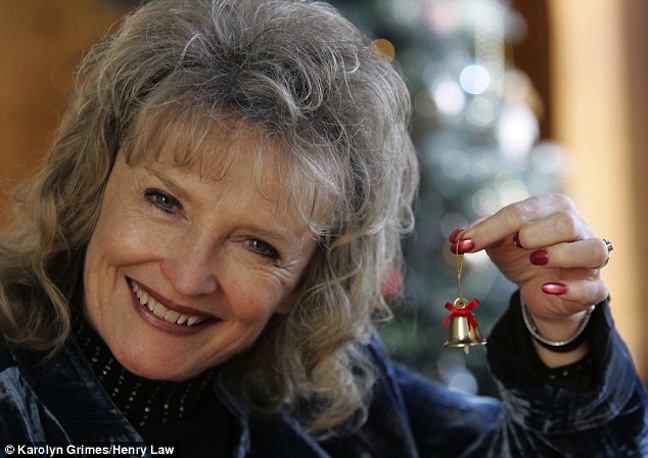 And she has taken the message of her most famous movie to heart. “No matter what has occurred in my life, I know that I have a purpose and my life has meaning. We’re all like George Bailey in that way. No life is insignificant. We all matter, and that is wonderful.” To learn more about Karolyn Grimes’s current schedule and public appearances, or to purchase autographed memorabilia and collectibles, visit her website: zuzu.net