For consistent readers of my blog, you know that I often discover issues concerning dolls in the most unlikely places. This week, I initially came across a story on “The O’Reilly Factor” that had host, Mr. Bill O’Reilly, seeing more red than usual. The FOX News Channel—with its “fair and balanced” tagline—could easily change it to “fairly ball-jointed” because their news anchors do spend hours of airtime covering doll concerns. It is always highly entertaining to watch the FOX “foxes,” the very good-looking women who populate the station, reporting on the latest Barbie ballyhoo or breast-feeding brouhaha.

This time, the pugnacious populist, Bill O’Reilly, seized upon a report of bobblehead dolls made in the image of John Wilkes Booth, the murderer of sixteenth president, Abraham Lincoln.

The doll, which was made to hauntingly resemble the Confederate super sympathizer, came complete with a handgun. These creations—as doll devotees, it’s hard to consider these “springy” things in the same league as our beloved dolls—were lining the shelves of the Lincoln library and museum in Springfield, Illinois, and the gift shop/bookstore at Gettysburg, Pennsylvania. Due to disturbed patrons complaining to management, and subsequent e-mails voicing concern about the “assassin doll,” both of these national visitor centers pulled the bobblehead of Booth from their offerings.

Now, what I find interesting about this is that they left the Lincoln likeness alone. For me, the notion of a Lincoln bobblehead is very disturbing Since the president was shot in the temple, I imagine his head had to have jerked backward and/or forward. The notion of a Lincoln doll having a head that wavers and bounces is more peculiar and off-putting. However, that doll and its sales were left unimpeded.

I wonder if the fuss about the Booth bobblehead has more to do with the handgun that he is holding than with his historical role as a cold-blooded killer. It seems to me that people who make the pilgrimage to the Lincoln landmarks know about the president’s untimely death and are well aware of who pulled the trigger. If they are comfortable with a nodding head version of the late leader, then why are they so unhinged over the presentation of the assassin? They both factor into the legacy of this country and the aftermath of the Civil War.

Dolls and guns have a rather sketchy history together. Over the years, GI Joe has been made with an arsenal of weapons one year, and 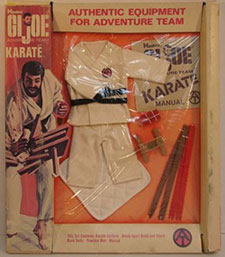 then rifle-free during other months. Depending upon how loud the cries have been, this very model of machismo has had his gear determined by letter-writing and phone campaigns. 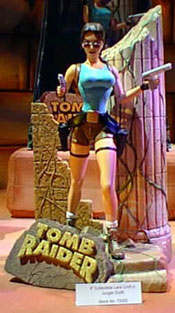 I remember back in the late 1990s, finding folks were angry that a Lara Croft doll was shown in DOLLS magazine complete with her big-caliber guns. The very voluptuous and curvaceous caricature (think Jessica Rabbit meets Rambo) garnered a lot of angry responses because she was “armed and dangerous.” Of course, Ms. Croft was a videogame vixen who ran around the world raiding tombs, shooting bad guys, and kicking butt. Still, some readers were perturbed that she was toting a machine gun or some other high-powered device. The presence of the gun slung around her ample torso was just too hot to handle.

Now, in 2012, women as superheroes and as bona-fide bad-asses is not so startling. So many videogames, 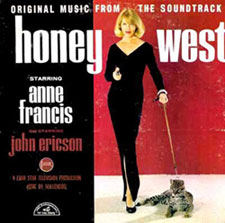 action flicks, comic books, and TV programs have women as the central crime-fighters and hand-to-hand specialists. Unlike the early 1960s, where Anne Francis as “Honey West,” with exotic ocelot, Stefanie Powers as “The Girl from U.N.C.L.E.,” and Diana Rigg in “The 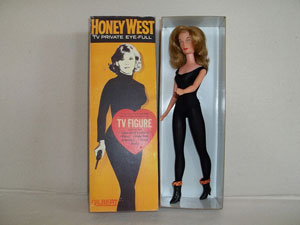 Avengers” were sleek and sexy in catsuits—and so were their dolls—the battling babes of today are feisty, ferocious, and fierce. An action heroine of today would never be described as a “private eye-full,” but such was the case in the Swinging Sixties. Today, they are equal to men; or in many cases, the superior strategists because they combine fighting acumen with mental chessgames. They embody beauty, brains, and brawn. And even if they clutch handguns or peer through a rifle sightline on the screen, many of their action figures or their dolls are made sans the shooting gear.

Which brings me back to the John Wilkes Booth doll, and why did it raise such ire? President Lincoln always figures in the Top Five 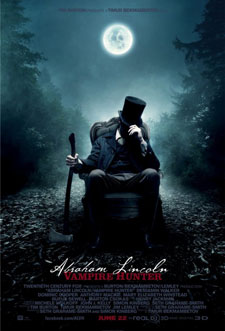 presidents of all time. His preservation of the Union, emancipation of the slaves, and oratory skills have earned him monuments and a place on Mt. Rushmore. So, maybe the notion of a toy company attempting to put his killer on equal footing is what galled the visitors to the Lincoln landmarks.

Maybe seeing a plastic effigy holding a plastic pistol triggered some kind of primeval anger and frustration and rage. I can’t explain it. Later this year, moviegoers are going to be “treated” to a movie version of “Abraham Lincoln, Vampire Hunter,” where the historical personage will be seen tracking and dispatching vampires. (Yep, I’m not making this up.) So, casting the revered national hero in the role of a stake-wielding, sword-swinging killer of bloodsucking enemies will be regarded as . . . what? Will it be applauded or will it be condemned for reworking the truth of Lincoln’s accomplishments?

If any dolls come out to tie in with this 20th Century Fox release, just make sure the vampire hunter doesn’t have a gun. But then again, he’s not a werewolf hunter, where silver bullets would be a necessity. Perhaps, with apologies to Teddy Roosevelt, walking softly but swinging a big vampire-bashing stick will keep the doll and the movie franchise under the radar.