What Do You Think of Reborning?

Reborning… it’s a topic that draws mixed reactions from both those who have collected and created dolls for years and from those in the general public. It has even captured the attention of those in the media, as the phenomenon has been featured on The Today Show, 20/20 and a documentary by the BBC called Fake Babies. In fact, a week or so ago while I was flipping through the channels, ABC’s show Wife Swap caught my attention when I realized that one of the wives was a reborn doll collector and novice reborner. I was glued to my television set for the rest of the episode. Although I’ve know about reborning since becoming an editor at Jones Publishing in 2008, I only saw the dolls as an art form, and didn’t realize how attached reborn makers and collectors actually become to their reborn dolls; indeed, some treat them like real babies.

Reactions to these dolls range across a full spectrum; some see them as comforting, while others seeing them as creepy. As with many debates, I seem to find myself somewhere in the middle. While I couldn’t see myself walking around with a vinyl baby in tow, (I’d rather carry around Madeline Elaine, my living, breathing 3-month-old niece), I do appreciate these dolls as an art form. Even though I only live a few miles from little Maddie, I’m always so surprised how much she grows and changes in the week or so between my visits. So I can see why some enjoy capturing those precious few months of a child’s life through their doll art.

It reminds me of an article I read a couple years ago in the rural lifestyle magazine, Country Woman, about a grandmother who created a porcelain doll to resemble each one of her grandchildren when they were children. She meticulously matched the wigs she found to each child’s exact hair color and dressed them in clothes similar to the ones each grandchild would have worn when they were young.

Why Do I Love Dolls? Let Me Count the Ways … Part II 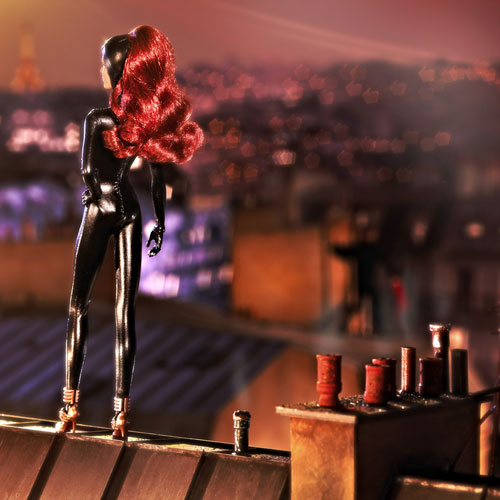 The Dark Side of Dolls