Boy dolls are the king of mayhem in the Hollywood horror world. What’s up with that?

It’s a new year, and I am thrilled to be blogging once more for The Doll Chronicles. If you’re like me, as the weather starts to get colder and more unpredictable, you can easily predict where I’ll be: curled up in front of the TV, binge-watching a series or falling asleep as an old TCM film noir flickers before my eyes. My family knows that I really throw myself into “my shows,” and I often morph into not just a reserved viewer but rather a super fan. 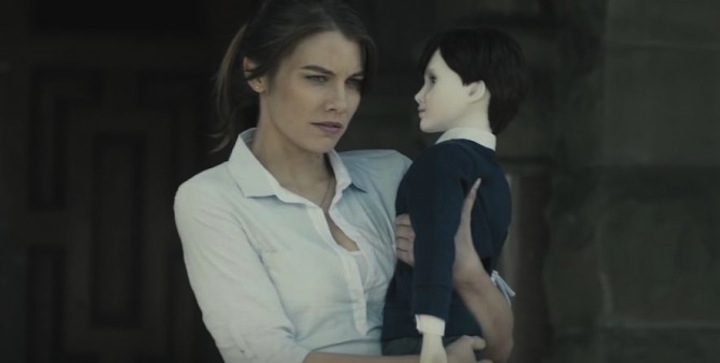 So, it’s not surprising that my interest really perked up when I caught a glance of Lauren Cohan (Maggie from “The Walking Dead”) in a movie advertisement on TV. I love the “Walking Dead.” I confess I am a sucker for seeing these slow-moving, deteriorating bags of flesh mowed down in a thousand different and creative ways. Perhaps it’s wish fulfillment; perhaps it’s an outlet for my suppressed natural aggression; perhaps I was a zombie hunter in a past life! Who knows? I just get a kick out of watching the walkers getting stomped to bits. With “TWD” on hiatus, I’ve been going through withdrawals of a sort, so I figured a Lauren Cohan flick could be a nice antidote. Maybe she was starring in a true-life inspirational chick flick? Perhaps she was starring in a delightful rom-com? “The Waltzing Dead,” possibly? 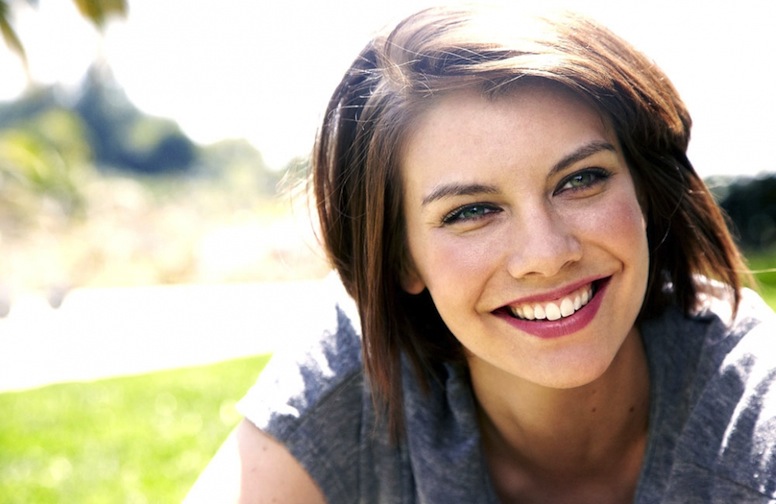 I had high hopes, but boy, oh boy, was I wrong! Lovely Lauren is headlining a horror film about an American woman who is paid to babysit . . . now here is the horror twist . . . a porcelain full-sized boy doll. Yep, you’ve read it right. It’s a boy. It’s a doll. It’s possessed. Following in the footsteps of Chucky, the overall most demonic doll in overalls, comes this new porcelain terror named Brahms. The filmmakers say that the plot succeeds because so many people have a fear of creepy dolls. And by that, they elaborate, they really mean lifelike, well-made dolls that approximate human children.

Isn’t that interesting that dolls—a beautiful art form—has so often been equated in Hollywood movies with creepiness and insanity, instability and terror, fright and devil worship? It’s so infuriating. It’s also quite astonishing that Chucky and now Brahms are both boy dolls. We in the doll world know that there are so few boy dolls made in comparison to girl dolls, so—honestly—what are the odds that any sinister, springing-to-life doll would happen to be male?

I got to thinking maybe that’s why the availability of boy dolls is so scarce. Perhaps the design teams at manufacturers or the independent artist knows something we don’t know. Imagine a sculptor alone in the studio late at night. She’s surrounded by shelves of little-girl dolls—all of them pristine and pretty, rosy cheeked and bright eyed. She is putting the finishing touches on a male doll—one that has been commissioned by a certain Mr. S. D. Lucifer—when suddenly it sits up and bites her right on the thumb. Then Mr. Lucifer’s one-of-a-kind request scampers off the table, flings open the door, and hitches a ride into the dark of night. (Spoiler alert: Mr. S. D. Lucifer’s full name is Satan Devil Lucifer! Didn’t see THAT coming!)

Wow! I think I just scared myself. That’s either the start of a really terrifying nightmare or I’ve just conjured up the opening chapter of my soon-to-be penned horror novel! But you get the point. Boy dolls are a rarity. Their control of the doll universe is akin to lassoing a radiant, rainbow-bright unicorn. Or, closer to home, taking a first sip of coffee bought at McDonald’s and thinking that it’s lukewarm. These are all things that we have heard about, but never really experienced.

Boy dolls are created. They are bought. They are beloved. However, they are not the sought-after commodities that a girl doll is. By a large margin, girls rule in the doll world. Shouldn’t girls rule then in the horror-doll universe? What do YOU think?