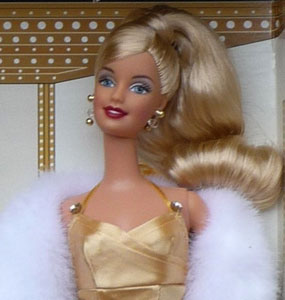 So, I woke up this morning and grabbed a cup of semi-warm coffee from my Keurig. I don’t know how it’s happened, but as time has passed, so has my machine’s heating abilities. What used to jolt me awake—a steaming brew of java—is now a lukewarm cup of brown water. Still, I need caffeine to function well, or even to function somewhat well, so I downed the dredge. I needn’t have worried about café or heating coils, because the news of the day really got me wide-awake and raring to go.

Apparently, SONY Pictures is joining forces with Mattel to make a Barbie movie. According to Hollywood wags—isn’t that a great word, “wags,”—producers want to have a successful film adaptation of Barbie’s life and times, hoping it will match the LEGO movie’s awesome returns.

The screenplay for the as-of-yet-unnamed vehicle was penned by Jenny Bicks, who was a writer for “Sex and the City.” So, there is a good chance that moviegoers might actually see Barbie and Ken knocking their plastic knees! That’s a scary thought for folks who might be planning to bring their kids to the flick.

Even more frightening is the intention to have real people playing all the parts—and that, of course, leads to all kinds of speculation about women, their anatomical parts, their personalities, and their expectations.

Let’s face it: Barbie is age-defying; and her bosom and posterior are gravity-defying. Forget about Sandra Bullock in “Gravity.” Barbie is the heroine who has faced down the laws of nature and has beaten them. She has not aged, sagged, wrinkled, or changed an iota in more than 50 years.

So, you think it might be difficult, then, to cast someone to play a 50+ doll who still looks 25. Well, if this were normal life, I’d say, “Yeah, the producers Walter Parkes and Laurie MacDonald have their work cut out for them.” However, since this is Hollywood, a world where celluloid and cellulite never collide, the pickings are lush.

Who do you think will be filling out the iconic black-and-white-striped swimsuit? I’ve got some ideas, and would like to share them with you.

I think Naomi Watts could play Barbie, with some discreet padding here and there. Miss Watts is 45 years old, and still plays 30-year-olds convincingly. I think she’s had some engineering done, or she’s just blessed with the Fountain of Youth streaming through her veins.

Another possibility is Catherine Zeta-Jones. She’d have to wear a blond wig, but she could forego the padding. Additionally, Miss Zeta-Jones has had a year of marital difficulties with Michael Douglas and could use a rom-com to cheer her up. She’s 44 years old, but can pass for decades younger.

Reese Witherspoon is 38 years old, so she’s not as old as the real Barbie. However, in Tinseltown, 38 is the equivalent of AARP status. The premise of the new film is that Barbie pops into people’s lives and fixes and rearranges their problems. Reese has already played a part like that in “Legally Blonde,” so she could easily handle this.

Sony’s production president Hannah Minghella said, “We’ve always thought that the Barbie story had great potential, but a universe of possibilities opened up when Jenny, Walter, and Laurie brought us their unexpected, clever, and truly funny concept. It captures everything that has made Barbie a classic for generation after generation while also standing on its own, establishing Barbie as a truly original screen character.”

Blending originality and humor has been the forte of Alicia Silverstone (37), Jenny McCarthy (41), and Jessica Simpson (33, the baby of the group). It will be fascinating to see who lands the chance to portray America’s favorite “teen fashion model.”

Heck, maybe Heidi Klum (40) can take a hiatus from “Project Runway” and “America’s Got Talent” to tackle the part. All she has to do is practice and perfect a sunny Californian accent and she’s more than halfway there! Or, if they decide to cast a lass closer to Barbie’s fictional age, there’s always the omnipresent Kate Upton, age 21, looking to launch a film career, waiting in the wings.

Share your thoughts on this Barbie brainteaser: what actress would you cast as the Mattel mascot? 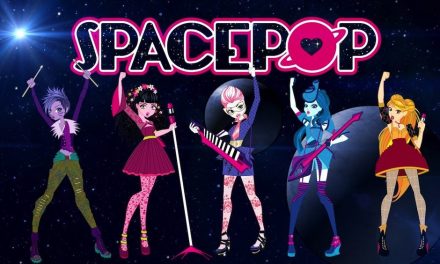