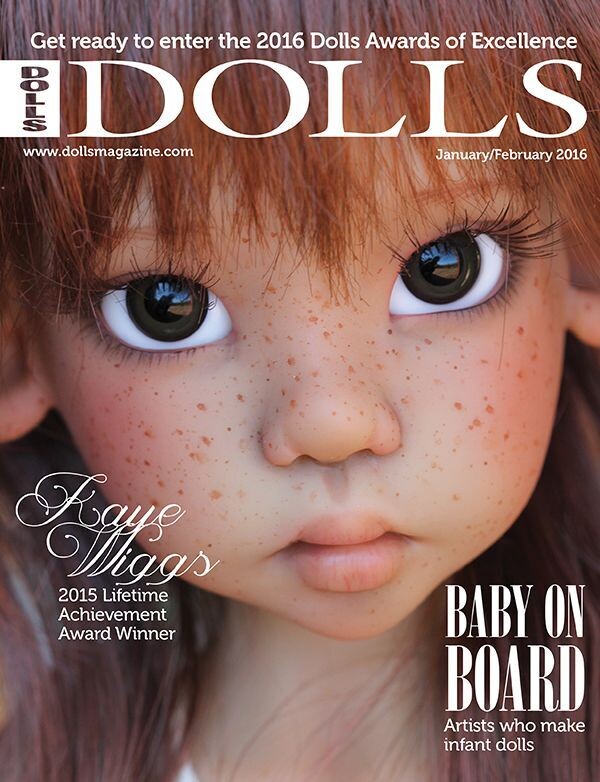 The January/February 2016 issue of DOLLS features 52 four-color pages and includes an autobiography of Lifetime Achievement Award winner Kaye Wiggs and information about the 2016 Dolls Awards of Excellence competition — including new categories! Plus we have a special focus on baby dolls and the artists who create them, including a special feature by doll historian Jan Foulkes on the origins of baby dolls. Artists featured in this issue include Laura Tuzio-Ross, Shawna Clymer, Lauren Faith Jaimes, Barbara Felts, Debby Brooks, and Andrea Arcello.

8 Get Ready for the Dolls Awards of Excellence
Start planning now for our 2016 competition!

24 Kaye Wiggs
In Her Own Words

Save this product for later
Display prices in: USD